By Anna Banana Kruchten CRS, Phoenix Broker, 602-380-4886
(HomeSmart Real Estate BR030809000)
This is the Glendale 5 Bedroom Homes For Sale March 2016 Market Report   Glendale 5 Bedroom Homes For Sale March 2016 - Many home buyers today prefer 5 bedroom homes for many reasons. Some home buyers have growing families and need extra space. Others work from home and want a private home office or two.  There are also  multi-generational families as well that need plenty of space for each member of the family. Multi-generational home buyers needs a guest or master suite on the main level of which are available in Glendale homes for sale.  Whatever your needs are you will find great options with home styles, price ranges, locations and amenities. You'll want to take a look at  Five Bedroom or Larger Homes for Sale in Glendale AZ.  For your convenience there is a link below to view all... 03/15/2016
Comments 0 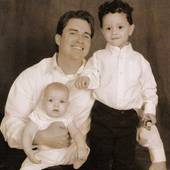 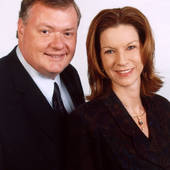 By Tony and Suzanne Marriott, Associate Brokers, Haven Express @ Keller Williams Arizona Realty
(Serving the Greater Phoenix and Scottsdale Metropolitan Area)
Glendale Real Estate & Information It’s hard to imagine, but the land that is now Glendale was at one time nothing more than desert land — not capable of growing food or sustaining human life.  Other areas like Phoenix, Tempe and Mesa had already begun homesteading activity due to redirection of creeks and Native American irrigation techniques.  That all changed in the late 1880’s with the advent of the Arizona Canal, which led to the founding of several communities in and around the Phoenix area. The construction in the 1930’s of Hoover Dam, which borders Arizona and Nevada, also benefited Glendale, as the dam provides electricity and water needed for irrigation to communities throughout Arizona. Glendale Real Estate For Sale Up to $150K $150K to $200K $200K to $250K $250K to $300K $3... 01/24/2016
Comments 4