1 Comments
Aloha, All, and thank you. Yes, we are fine. Thanks for asking.  No damage to our condo or office or anyone we know of, thank God.   Here are a few links showing the impact on Maui:     Aftermath Photos of Lahaina Harbor https://picasaweb.google.com/mbyccal/TsunamiLahainaHarbor3112011#     Afterm...

0 Comments
Aloha, All, We're at aina nalu and so happy to be here.  We just drove down Front St. from Canoe's to the harbor.  I could see a little damage at Canoe's and there was evidence that the water got high enough to be in the street on Front St. in the main part of Lahaina.  But the restaurants like B...

1 Comments
From Launiupoko it's just another day in paradise.  We're on Deb's lanai.  From here we can see the island of Lanai and the blue Pacific dotted with the boats from Lahaina.    We are hearing some reports of damage.  I tried to drive into Lahaina and while the road was open going in they weren't l...

1 Comments
The wave is changing very slowly.  They are estimating that Kahului harbor had about a 1.2 meter wave.  So far, we're not seeing anything damaging.  They are saying that following waves could be larger, but we are all taking a sigh of relief.

7 Comments
It's 3:25 in Hawaii and the tsunami was supposed to arrive at 3:07.  We hear the national "news" is say that Hawaii is being slammed by the wave.  We are here and water levels appear to be rising, but certainly nothing dramatic yet.   Lee

7 Comments
Aloha, Well about a year ago we had a tsunami warning which turned out to be nothing.  But after an 8.9 earthquake in Japan we are on alert again.    We are evacuating, we meaning everyone in low lying areas on every island.  A lot of the aina nalu folks headed to the high school and some of us a...
Back to Top Recent
Rainmaker
224,328 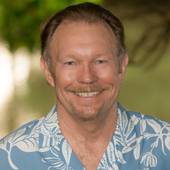