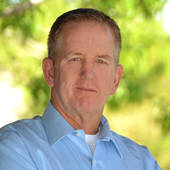 Get to know Bill Risser

Bill Risser joined Fidelity National Title, Tampa District in January 2017. Bill began his career with Chicago Title in 2000 and served as VP, Digital Strategy for the state of Arizona. From 2001 to 2011, Bill managed a successful residential/commercial unit in the Southeast Valley. In 2011, he developed the VP, Digital Strategy position, focusing on helping real estate agents, lenders and other real estate professionals navigate the ever-changing world of digital engagement and technology.

Bill volunteered for Ignite Phoenix, a local non-profit building connections in the Valley of the Sun. Bill is married to his wife of 31 years, Cindy. Their son, Kevin,  graduated from The Maxwell School at Syracuse University with a Masters in Public Administration. Bill’s interests include golf, sports of all kind, and Barbra Streisand. Really.

How Does My Podcast Help Me?

bookmark_borderbookmark
ActiveRain Community – over 8 years ago

HaikuDeck for iPad - Presentations Made Easy

bookmark_borderbookmark
ActiveRain Community – about 9 years ago