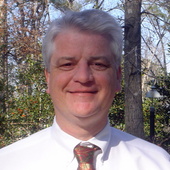 We are an independent agency offering commercial and personal lines property and casualty coverage with many of the top rated companies in the country.Apex Cary Insurance ...where YOU are the MVP.

Get to know Bill Laundon

Bill was raised in the Tidewater area of VA and Charleston, SC before moving back to Winston-Salem, NC while in High School where he graduated from R.J. Reynolds Senior High. He then went on to enjoy four wonderful years at N.C. State University where he earned a B.A. in Business Management and Spanish Language & Literature.

After graduation Bill moved to Atlanta to begin his career in finance with a couple of brief stays in FL and TN. He was fortunate to meet his wife and start their family while in Atlanta. By the mid-90's they had moved back to NC. He spent eight years in the Charlotte area transitioning from credit roles to finance and insurance sales. Bill, his wife Christine and their three sons moved to southern Wake County in 2004 & immediately fell in love with the Fuquay Varina area.

Bill earned his NC Property & Liability agent's license in 1996, and he has remained an active agent ever since. He joined MVP Insurance Group in the summer of 2009. As 2012 began, MVP Insirance Group merged operations with Apex Cary Insurance. This combination of staff and carriers allow our independent agency to quote with some of the best carriers in the market today. Call today for your free quote!

Bill is proud to be a Life member of Alpha Kappa Psi Professional Business Fraternity. He also enjoys networking with others on LinkedIn.com and Inside919.ning.com.

We also provide a broad range of coverage for small businesses. Typical coverages include:

I especially enjoy using my background in the construction market to help contractors and specialty trades secure proper  coverage while enjoying the benefit of discounts available for multiple policies.We look forward to the opportunity to earn your business!