Clermont New Construction Homes from $200k and Up

By Sandy Sills, Associate Broker
(Preferred Real Estate Brokers)
Clermont New Construction Homes from $200k and Up The City of Clermont is one of the fastest growing cities in Central Florida and is strategically located just west of Orlando and north of Disney World. Clermont was founded in 1884 and incorporated in 1916. It has the amenities that make it an attractive location for families, new business, office development, and health-fitness opportunities. Clermont is Open for Business. For more updates on Clermont New Construction Homes from $200k and Up or other cities like it like us on Facebook. The quality of life in and around Clermont makes it a prime destination for those looking to settle in Central Florida. Local stores offer a variety of shopping and dining options along with ample sports facilities and waterfront activities. Clermont h... 03/17/2015
Comments 1

By Sandy Sills, Associate Broker
(Preferred Real Estate Brokers)
Heritage Hills Clermont New Construction Homes & Villas For Active Adults         Heritage Hills a premium community by Lennar is a gated, Mediterranean style active adult community in Clermont, Florida. Not just is Heritage Hills strategically placed by major interstates, malls, cinemas, and general stores, it likewise has stunning landscape. Delicate moving green slopes, sprawling parks, crystal lakes, and wooded preserves improve the personal satisfaction at Lennar's Heritage Hills located in Clermont, Florida.     With a massive area of 19,000 square-foot, community's Mediterranean inspired clubhouse are a point of attraction for everyone at Heritage Hills, where the 55 and better owners can be as active as they need. People can enjoy a workout at the wellness center and state of t... 02/28/2015
Comments 0

By Olympus Executive Realty Inc., Home Of The Top Producers
(Olympus Executive Realty INC.)
The Canyons at Highland Ranch Clermont Real Estate "By Builder Taylor Morrison" Presented to you by Vick The Realtor / ENR     The Canyons At Highland Ranch has an amazing scenic view, the new community by Taylor Morrison feels like a community up in the Smoky Mountains in North Carolina. Taylor Morrison brings an amazing concept to the already hilly and most scenic areas of Clermont /Central Florida. The community is on track to be the most exclusive neighborhood in the region. Call today to receive the best pricing. Contact Your New Construction Specialist Vick:  407.865.2840 / VickTheRealtor@gmail.com TheCanyonsAtHighlandRanchClermontRealEstate.com   The Canyons At Highland Ranch Quick Facts Located  in Clermont  ~ Officially Open For Business ~ Established in 2015 Pre-Construction P... 02/12/2015
Comments 0

By Beth Atalay, Cam Realty of Clermont FL
(Cam Realty and Property Management)
Winefest XXV at Lakeridge Winery Clermont FL February 2015It is time to enjoy last year's harvest at the Lakeridge Winery in Clermont FL as they are hosting the Winefest XXV Valentines Day Weekend. Our weather forecast shows mid 60's for the weekend with NO RAIN, perfect time to be outdoors. Bring a blanket or a chair as seating is limited and sit back, relax, enjoy your wine, food and music.DATES:February 13, 2015 10:00am to 5:00pmFebruary 14, 2015 10:00am to 5:00pmFebruary 15, 2015 11:00am to 5:00pmThis three-day outdoor festival will feature food, live music, 80 local arts & craft vendors, and award-winning Lakeridge Wines. There's ample free parking, admission is only $2.00 to benefit South Lake Chamber of Commerce. While you’re at the Wine and Seafood Festival at Lakeridge Winery, ... 02/11/2015
Comments 21

By Sandy Sills, Associate Broker
(Preferred Real Estate Brokers)
CLERMONT FLORIDA     Clermont is a city in Lake County, Florida, United States, west of Orlando. The population was 30,201 as of 2013. The city is residential in character and its economy is centered in retail trade, lodging, and food and beverage establishments, which are tourism oriented. It is part of the Orlando–Kissimmee–Sanford Metropolitan Statistical Area.  Find your home value in Clermont   The Florida Citrus Tower, one of the first constructed Florida landmarks, is located in Clermont. The tower celebrated its 50th anniversary in December 2006. As of the census of 2010, there were 28,742 people residing in the city in 11,216 households. The population density in 2000 was 812/mi² (314/km²). There were 12,730 housing units. In 2000 the average density of Clermont was 380/mi² (14... 02/11/2015
Comments 0

By Beth Atalay, Cam Realty of Clermont FL
(Cam Realty and Property Management)
First Friday in Clermont FL February 6, 2015Make plans to attend another fun filled First Friday in Clermont FL this Friday February 6, 2015, it will be a great event to attend by all ages. If you’ve never attended, make this one your first one. The event takes place on Montrose and 7th  Street in Historic Downtown Clermont.Come hungry so you could enjoy delicious food from eleven gourmet food trucks that starts at 5:30 pm. Music on Montrose will be featuring Class Act Jazz Band, this is a free event, just bring a lawn chair or a blanket, sit back, relax and enjoy the music while having your favorite beverage.This is not all! Downtown Clermont comes alive after 5:00pm. Many shops will be open late, browse, shop and support our local small businesses!Come back every Sunday for the Farm... 02/03/2015
Comments 32

By Johnny Davis, Where SOLD Happens!
(Florida Realty Investments)
I know it is short notice, but Skyzone in Clermont Florida is having their Inaugural Lights and Ladders Community Dodgeball Tournament. The tournament is from 5:00-10:00 pm and there will be FREE food and drinks from 6:00-8:00 pm. All proceeds go to charity. Come play dodgeball with your local firefighters and police officers.   01/30/2015
Comments 2

By Sandy Sills, Associate Broker
(Preferred Real Estate Brokers)
New Construction Homes In Clermont   Here, at the Giff Group  you can find the most comprehensive directory of new construction homes in Clermont, Florida and with a large verity of homes to choose from, you'll be sure to find one that suits you best. These homes are constructed by various builders in different new home communities across the Clermont area. Choose explicit range of our new construction homes depending on your moving needs. From there, you can choose your price, which will range from $250,000 to $550,000. Then select the size in square feet of the home you want and there you go.       For the best of both urban accessibility and country charm, come check out Clermont, Florida! Clermont was founded in 1884 and incorporated in 1916. The city is located in south Lake County... 01/29/2015
Comments 3 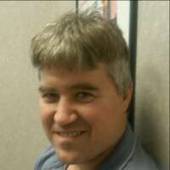 By Rob Arnold, Metro Orlando Full Service - Investor Friendly & F
(Sand Dollar Realty Group, Inc.)
We buy houses in Clermont 407-739-5773 www.IbuyHousesOrlando.com .  If you have a house to sell anywhere in the Clermont FL area, I can help you sell it fast.  My  name is Robert Arnold and I have been buying and selling property in the Clermont area for over 20 years. With all the market turmoil over the last decade, there are few problems I have not seen and dealt with successfully.   Some of the situations we have addressed include: Hurricane damage homes with roof shingles off, knocked trees down, left blue tarps on for months.   During the downturn in 2008-2009 all those foreclosures, short sales, and bankruptcies that devestated people's lives.   With the tightening of bank credit, we have helped lots of people either sell their home or buy a home using creative techniques that fe... 01/12/2015
Comments 0

By Johnny Davis, Where SOLD Happens!
(Florida Realty Investments)
In case you didn't know, Clermont Florida has a new park. The ribbon cutting will actually happen on Saturday, but I was able to go check it out with my little ones today. Lake Hiawatha Preserve is a 219 acre park that is located on 12th Street in Clermont. This park connects to the South Lake Trail. The park includes a playground for children, picnic pavilion, dog parks and restrooms. This slide is shaped like a well. If you look closely, you can see the well spout sticking out near the top. Be careful where you walk, because there is a button a child can push and this will happen: Water splashes down from the well. Enough to keep a group of children (and adults) cool during the Florida summer. Overall, my kids loved this park. Lots of shade and lots of room to run around. Well done Cl... 11/13/2014
Comments 1 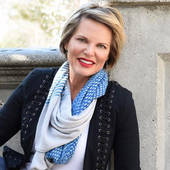 Clermont Florida To Rebrand To "Choice of Champions"

By Johnny Davis, Where SOLD Happens!
(Florida Realty Investments)
As many people who live in Clermont Florida knows, we have many Olympic Athletes who train in this area. Names such as Tyson Gay, Justin Gatlin, Jeff Demps Kellie Wells, Veronica Campbell-Brown, Brandy Johnson, Dot Richardson and many more. Because of this and the world class National Training Center, Clermont officials have voted to rebrand Clermont as the "Choice of Champions". Here is the new logo:     What do you think? 07/11/2014
Comments 0

Pedestrian Tales From the Middle of the Road, #59

By Dennis Burgess, Orlando Property Manager and Realtor
(AmeriTeam Property Management)
Pedestrian Tales From the Middle of the Road, #59 Pedestrian Tales From the Middle of the Road, #59   There's been another uptick in pedestrian deaths in our area recently- no doubt owing in part to the Orlando Police Department and others' refusal to enforce our pedestrian traffic laws. Simply put, a median strip is not a sidewalk- and when missed opportunities for enforcement (and possibly for saving lives) like the one pictured above abound, there's plenty of blame to spread around when the next pedestrian dies. To be sure, I am a "personal responsibility" guy- and I believe the ultimate and primary fault lies with pedestrians that don't use crosswalks.  Folks with other viewpoints, however, point to the need for education partnered with enforcement- and that's fine.  But when the en... 04/13/2014
Comments 0

By Rob Arnold, Metro Orlando Full Service - Investor Friendly & F
(Sand Dollar Realty Group, Inc.)
We buy houses Clermont Florida.  If you own a home and want to sell it fast, please call us today.  We having been buying homes in Central and North FL for over 20 years now.  352-658-3755    or     www.WeBuyHouses352.com  We buy them in all conditions from junkers to dollhouses.  Our specialty is damaged houses like sinkhole, fire, storm, mold, and termites.  But we also buy homes with more typical issues like outdated floor plans and leaky roofs.  Even if the home needs little to no work but you just need to sell quickly, we can help.  We buy sinkhole houses.  Sell Clermont home fast. We help sellers in all situations. With 20 years in the business of hundreds of homes closed, there are few things we have not dealt with.  Some of these situations include: Foreclosure Short Sale Probat... 10/27/2013
Comments 0

By Rob Arnold, Metro Orlando Full Service - Investor Friendly & F
(Sand Dollar Realty Group, Inc.)
We buy houses Clermont for cash. If you have a house for sale that you need to get moved quickly and do not want to go through the process of listing it, dealing with showings, keeping it nice and pretty while people parade through your home, then worry about inspections, appraisals, and mortgage underwriting, PLEASE GIVE ME A CALL AT 407-739-5773 or www.WeBuyHousesFlorida.com . I have been buying property in the Clermont and Lake County FL area for nearly 15 years. We pay cash or use creative terms depending on your situation to get you the best deal. No high pressure sales tactics. No 3 or 6 months contracts. No closing costs or commissions either. And I buy them in as-is condition. All price ranges from low end cheap condos to luxury estates. Sell your Clermont Florida home quickly. ... 09/14/2013
Comments 0 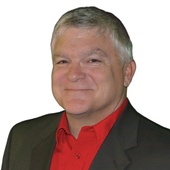