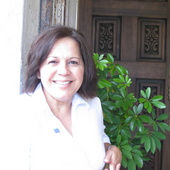 By Addie Scharff, HomeStaging REALTOR - Beautiful Homes Realty
(Beautiful Homes Realty)
If you have an alley next to your house it may your responsibility to keep it clean and free of weeds and trash that can somehow mysteriously just happen to appear out of nowhere!   Last I checked someone had left a pair of black sweatpants right by the gate leading to my alley! A clean and weed-free fence line is good for safety, weather it'd be fire hazards, trash to be hidden such as old junk people throw away.  An un-kept alley may also give the appearance that no one ever looks back there and may invite idle minds to cause trouble.  With July 4rth around the corner and temperatures rising, it is a good idea to inspect and correct any thing needing attention.  This will lessen the chance of a fire getting started. If you are not sure if you are responsible for keeping your alley cle... 05/28/2008
Comments 0

PREPARING YOUR HOUSE FOR SALE

By Addie Scharff, HomeStaging REALTOR - Beautiful Homes Realty
(Beautiful Homes Realty)
When you're selling your house you have to think of it as a "product" that buyers would want to buy. It will be a pruduct that will be competing with other houses on the market.The way we live in our homes and the way we sell them are two different things. You prepare the home by de-personalizing it and preparing it for the unknow buyer.Studies show that staged homes sell in the average for more money and in less time. Staging does not have to be costly and it can be done with items already in the home. If there is a cost to stage, it is always less than your first price reduction!! Staging is not really a cost, it's an investment.Staged homes send the message of well-cared for homes. Photos are more appealing to buyers and allow them to see the potential of the home and will be more l... 05/14/2008
Comments 0

Now here is something that really is for the birds

By Jim Patton, Realtor - Stanislaus ,Merced, San Joaquin Counties
( Aspire Home Real Estate 209-404-0816)
Heres an idea for a closing gift or something you may want for yourself.  Check out this website www.birdhousebydesign.com to see these custom made birdhouses.  You just send in some digital pictures of your home or a home your client just bought and the master craftsman makes a replica birdhouse for you.     House # 1         Birdhouse #1             House #2       Birdhouse #2         Be sure to check out the website so you can see the detail that goes into these works of art.  www.birdhousebydesign.com    In the interest of full disclosure the master craftsman is my brother and, no I am not compensated for this promotion of his product.  Thanks for looking.           05/12/2008
Comments 4

By Addie Scharff, HomeStaging REALTOR - Beautiful Homes Realty
(Beautiful Homes Realty)
Any gardeners out there bugged down by the "June bug"???  This bug is something new to me.  I moved to the CA Central Valley a year ago and discovered that [especially] my light colored roses were being devoured by this very hungry and most unsightly little critter of a bug!!!  A friend of mine, Eleanor, who used to own a flower shop told me that the best thing to get rid of most plant bugs is to spray the plant with soapy water.  Well, that sounds too easy, doesn't it!?!?  So, I am trying it to see if it works for this particular bug.  I looked up info online as to how to get rid of it but didn't find any 'easy' remedies.  This bug apparently is present in areas with sandy soils, which is the case here but not in all gardens for some reason.  I had been visiting my parents here for the... 04/21/2008
Comments 5

By Jim Patton, Realtor - Stanislaus ,Merced, San Joaquin Counties
( Aspire Home Real Estate 209-404-0816)
Ok now here is something you probably have not read about in the newspaper or heard on the TV news.  Home sales in Turlock are going up!  Homes listed for sale are slightly down.    These statistics are for Turlock.March 07 Listed      713March 08 Listed      676March 07 Pending   60March 08 Pending   108March 07 Sold       55March 08 Sold       68   So what is driving the market right now?   Just over half (54%) of the sales in March were Bank Owned (REO) properties.  We are starting to see homes get multiple offers now too.  If it's a home that is in good shape and well priced there is a good chance it is going to sell fast.  Homes are selling.  Loans are available.Prices are down.  Call me today if you are thinking about buying or selling real estate anywhere in Stanislaus or Merced ... 04/08/2008
Comments 0

By Jim Patton, Realtor - Stanislaus ,Merced, San Joaquin Counties
( Aspire Home Real Estate 209-404-0816)
Turlock California Agriculture This is my favorite time of the year here in the Turlock area.  You can drive in any direction out of town and see the orchards exploding in blooms.  We are surrounded here by thousands of acres of almonds, walnuts, pistachios, peaches, apricots and more.  Turlock and the surrounding areas of Stanislaus County have always been heavily involved in agriculture.  Products raised here are enjoyed all over the country and the world.  Learn about Turlock California Agriculture at the Stanislaus County Farm Bureau Website.   Almonds are the number 2 farm product after milk in the northern San Joaquin Valley. Almonds are the number 1 farm export from California, which grows about 80% of the worlds supply. Learn everything you ever wanted to know about almonds here... 03/05/2008
Comments 0

Baseball the way it should be.

By Jim Patton, Realtor - Stanislaus ,Merced, San Joaquin Counties
( Aspire Home Real Estate 209-404-0816)
Baseball the way it should be.   Every year at this time when the big boys are back at in Arizona and Florida I think about my baseball "career".   I played little league baseball here in Turlock Ca.  I definitely was not a super star (couldn't hit) but I loved to play the game.  I had lots of fun and made lots of friends, some that I still see to this day.  So if your son or daughter wants toplay baseball this spring and summer here in Turlock be sure to check out the Turlock Little League website for all the information you will needto get them signed up.    This is the field at Soderquist Park in Turlock.  I played here in the early 70's.  I spent many hot summer days and nights playing games here and then watching my friends play.   Below is Julien Field in Turlock.  This is where... 02/21/2008
Comments 3

Everything you wanted to know about Turlock California - Part 3

Everything you wanted to know about Turlock California - Part 2

By Jim Patton, Realtor - Stanislaus ,Merced, San Joaquin Counties
( Aspire Home Real Estate 209-404-0816)
Education in TurlockTurlock is the home of California State University Stanislaus (CSUS).  CSUS was opened for students in 1960. The University is composed of the College of the Arts, College of Business Administration, College of Education, College of Human and Health Sciences, College of Humanities and Social Sciences, and the College of Natural Sciences.  For more information about CSUS click here.Turlock has two public high schools.  Turlock High school was established in 1907 and is located on Canal Dr.  Pitman High School was established in 2002 and is located on Christoferson Parkway.  For more information about Turlock High School Click here.  For more information about Pitman High School Click here.Turlock has 9 elementary schools and 2 Junior High/Middle schools.     For infor... 02/14/2008
Comments 3

Everything you wanted to know about Turlock California - Part 1

By Jim Patton, Realtor - Stanislaus ,Merced, San Joaquin Counties
( Aspire Home Real Estate 209-404-0816)
Turlock Ca, was founded on December 22,1871 by John Mitchell, a grain farmer in the area.  Turlock was incorporated as a city on February 15,1908.  ( Happy 100th Turlock)  In it's early days agriculture was the main industry in Turlock.  (Agriculture still is a major industry in Turlock)  The construction of the Central Pacific Railroad through the area allowed farmers to ship thier produce through out the country. One of the most important early crops were melons, which led to annual Melon Festival.  The Melon Festival eventually turned into the Stanislaus County fair which is still going strong today.   In the 1930's Turlock was cited by Ripley's Believe It or Not as having the most churches per capita in the United States.  In 1960, California State University Stanislaus opened to st... 02/12/2008
Comments 0

By Jim Patton, Realtor - Stanislaus ,Merced, San Joaquin Counties
( Aspire Home Real Estate 209-404-0816)
Hi my name is Jim Patton and I am a Realtor with Century 21 M&M and associates in Turlock Ca.  I have been a Realtor since March of 2004. A little bit about me:I was born in Modesto CA in 1961 and moved to Turlock when I was a year old.  (A very long time ago) I lived in Denair CA from 1984 to 1991 when I moved back to Turlock and am still here.  I graduated from Turlock High School.  I worked for Save Mart Supermarkets at various locations from 1978 to 1991.  I co-founded Bagel Junction in Turlock with other family members in June 1989.  I owned and operated Bagel Junction then B.J. Baking Co wholesale bakery until 2004 when I started my real estate career.  I have 3 great kids , 2 daughters and one son and one grandaughter.I am currently a Realtor with Century 21 M&M and Associates at... 11/20/2007
Comments 10 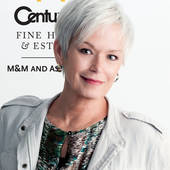 History of the City of Turlock

By Pamela Easton, REALTOR, CRS, GRI, SRES
(Century21 M & M and Associates)
History of the City of Turlock  The source of the name "Turlock" remains a mystery to this day. Originally Turlock was to be named "Sierra" but with the potential for confusion with the mountains or county of the same name, "Sierra" was abandoned. "Turlock" may come from "turlough," an Irish dry lake.  Turlock was founded on December 22, 1871 by John William Mitchell, a prominent grain farmer who owned 100,000 acres of land from Keyes to Atwater (encompassing what is now the City of Turlock).  Described in the 1890's as a prosperous and busy town, Turlock consisted of three hotels, a restaurant, three general stores, a tin shop, a boot and shoe store, three livery stables, two blacksmith shops, a butcher shop, five warehouses and sixteen saloons.  Since the early 1900's, Turlock has exp... 04/23/2007
Comments 1
<< Previous 1 2 3 4 5 6 7 8 9 Next >>
Explore Turlock, CA
Turlock, CA Real Estate Professionals