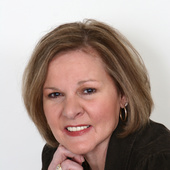 http://www.hinesvillelistings.com
Don't Make A Move Without Me!"
Rainer 2,411
Contact

"Don't Make A Move Without Me!" EXIT Team Realty Owner/Realtor

I specialize in representing my clients in the purchases and sales of single-family residences and income property within the cities of Hinesville, Midway, Riceboro, Walthourville, Ludowici, Fleming, Allenhurst, Richmond Hill, and Savannah. I keep current of all transactions in these areas, and I'm also very knowledgeable with foreclosures, short sales, REO's.

I'm a Hinesville native for 20 years having been born and raised in the Savannah area. My youth was filled with extra-curricular activities centered on school, church and athletics. Current hobbies of mine include spending time with the family, traveling, and volunteering with programs and organizations.

Active Member in the Community, serving on the Board of the Liberty County Chamber of Commerce Past Chairwoman 2003

Recipient of the Executives Vice President Award for 2000

and received the Life Time Award

Charter Member and Past President of Kiwanis Club of Liberty County

Served of the Board of Directors of the Liberty County YMCA

Served as Board Member of the United Way 2008