Like
Home > Blogs > Michael Price > Blog-Home
I am here to help real estate professionals get the most out of emerging technology, social media and new business models.
RECENT BLOG POSTS

3 Comments
Reblog of Spencer's post. Also check out Charlie Rose & Walt Mossberg demoing the app as well. http://www.zillow.com/blog/what-does-the-addams-family-have-to-do-with-zillow-on-ipad/2010/04/08/We're honored and humbled that Steve Jobs just included the Zillow ipad app in his on-stage demo at the A...

0 Comments
I’ve recently blogged about Zillow Mortgage Marketplace and the fact that it has proven to be a terrific platform for lenders to connect with borrowers. Unfortunately this is one of those products where success doesn’t necessarily beget more success because borrowers aren’t prone to brag to their...

1 Comments
The folks at Active Rain have been big supporters of the RE Barcamp movement from day 1. What started out as an idea that we thought would bring together a few thought leaders in the RE.net has turned into a nationwide movement. Thanks to all of the AR staff and AR members who have ever been invo...

Embed Your MLBroadcast Videos In Your Active Rain Posts

2 Comments
Active Rainers can now embed their MLBroadcast episodes in their blog posts. E-mail support@mlbroadcast for instructions. it's easy:

3 Comments
I had an opportunity to do a podcast interview with Gary Vaynerchuck of WineLibrary.com. Gary was the keynote speaker at the recent Inman Connect conference in NY. In the discussion he expands on his vision of the RE Pro of the future and passionately shares some meaningful and actionable methods...

Link Roundup - Stuff You Should Be Reading

8 Comments
Here's a round up of RE related links from around the web that you should be reading. Mike's Corner (Hey it's my blog, it should be first on the list) Bridging the Gap. Real Estate Blogging Basics An irreverent Look At Real Estate Blogging Featured Realtor® Blog - Loco Musings After a full year, ...

It Rained On REBarcamp Houston and It Was Awesome

7 Comments
Without the support of Active Rain, Rich, Brad and the avid AR members that were in attendance, REBarcamp Houston wouldn't have been nearly as successful. I owe a debt of gratitude to this great group of people. This event has sparked a renewed interest in my involvement with AR primarily because...

I had a ball at Real Estate barcamp Houston yesterday!

5 Comments
I had a ball at Real Estate barcamp Houston yesterday! Some functions are fun and some are not! This was just wonderful! I didn't completely understand what to expect with a "Free form forum" but I will say it was great. The presentations were fun and informative. I was able to meet so many Raine...

0 Comments
Be there! REBarCamp Houston is an exhilarating gathering of minds & passions in a spontaneous, eclectic, organic, open format event where real estate professionals and technology experts share new discoveries/trends happening in the industry, and discuss their practical application in the present...
Previous 1 2 3 4 Next
Back to Top Archives
Rainer
57,158 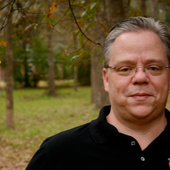 I am here to help real estate professionals get the most out of emerging technology, social media and new business models.