Like
Home > Blogs > Lynda Beaton > Blog-Home
In all things be moderate, and you will be right 90% of the time.
RECENT BLOG POSTS

When the Love Shows

1 Comments
I'm not the greatest salesperson.  Nope, Sadly, I don't have the greatest graphic arts skills.  I'm more like the "art appreciation" personality.  Othr people have geniune talents.  But without an "appreciative audience" what good is the art?  Rambling, yes. Take for example a new listing.  A hou...

Mold on the Rafters - Not dead, just delayed.

0 Comments
To all,   Bank wants the mold removed.  Would allow for an escrow if money held aside would equal 2 1/2 times the highest bid for the cleanup.  They want to see 2 written bids.  Plus requiring a 3rd party to come back in and reinspect.

0 Comments
Manistee is ranked #1 in the lower Peninsula of Michigan among the 200 Best Towns for Sportsmen in the U.S, with an overall rank of #71 out of 200.     Don't take my word for it.  Credit for this ranking goes to OUTDOOR LIFE, June/July 2009 issue for their research on the 200 BEST towns for Sport...

0 Comments
On Memorial Day, I'm thinking about all veterans - those I know who died and those that are still alive.  A couple of weeks ago, I closed on the house below.  It was truly a nightmare.  My first VA loan.  And we missed our original close date.  Which would have made an 18 mill difference between ...

Never fails - I learn something new every sale

0 Comments
Beautiful previously owned bank property - buyers and agents beware of some of the pitfalls. See this lovely home?  I just sold it in Manistee County for $151,500.  It's actually a bargain - one of those bank owned properties everyone wants to see and bid on.   We won the bidding war. Had my buye...

FINALLY, A CONDO SALE IN THE CITY OF MANISTEE (MICHIGAN)

0 Comments
I Just Sold a condo in the City of Manistee.   I had the buyers.  Let me me ask you this question...althought I'm THRILLED TO HAVE THIS RECORDED AS my sale - I  AM ALSO AMAZED IT'S THE FIRST CONDO CLOSING IN THE CITY OF MANISTEE SINCE THE BEGINNING OF 2009. (in our mls system). Let me say this ab...

Well here's a snappy little video a friend helped me with!!!

0 Comments
http://www.youtube.com/watch?v=JwOUNHiSNpA Pierport Shores, Manistee County, Michigan I am so very non techno, but thanks to a great friend and business consultant, Jayne Burch (who is also a member of Active Rain, we put this together!  (well mostly Jayne). Tell me what you think of it!
Previous 1 2 3 Next
Back to Top Archives
Rainer
25,646 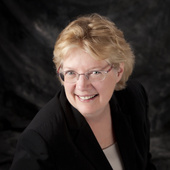