Property Management is not a Breeze!

By Tracy Lee Parker, Buy*Sell*Rent
(RE/MAX DFW Associates)
Property Management is not a Breeze!For those who think property management is a breeze. If you're going to do this business, you better be willing to get your hands dirty and jump in with your contractor to get it done! Most owners want and need our help!  This is a Whitewright property we manage. The tenant told me the tile floor in the utility room was cracking and coming up. She didn't think much of it at first because being a manufactured home, the floors give, right?? But when she pulled up a tile and saw it was wet I sent a plumber to investigate. Seems the water heater had been leaking for awhile now. The entire bottom of the heater had rusted away, was leaking into the pan, and the pan was over flowing at a slow pace. Anyone wouldn't have noticed because the heater is hidden be... 08/17/2019
Comments 2

Home For Sale in Whitewright Texas 75491 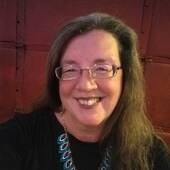 By Laura Filip, What can we do for you today?
(Laura Filip Broker , Opening doors for All Seasons of Life )
Labor Day is a United States federal holiday observed on the first Monday in September (September 6 in 2010). The first Labor Day in the United States was celebrated on September 5, 1882 in New York City.[1] It became a federal holiday in 1894, when, following the deaths of a number of workers at the hands of the U.S. military and U.S. Marshals during the Pullman Strike, President Grover Cleveland put reconciliation with the labor movement as a top political priority. Fearing further conflict, legislation making Labor Day a national holiday was rushed through Congress unanimously and signed into law a mere six days after the end of the strike.[2] The September date was chosen as Cleveland was concerned that aligning an American labor holiday with existing international May Day celebrati... 09/05/2010
Comments 5
Explore Whitewright, TX
Whitewright, TX Real Estate Professionals