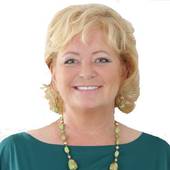 By Evelina Tsigelnitskaya
(SIB Realty)
Sunny Isles Beach is a city located on a barrier island in northeast Miami-Dade County, Florida, United States.. The City is bounded by the Atlantic Ocean on the east and the Intracoastal Waterway on the west. The population was 15,315 at the 2000 census. As of 2004, the population recorded by the U.S. Census Bureau is 15,399.[1]Sunny Isles Beach is a major center of South Florida's Russian community, with a plethora of Russian stores lining Collins Avenue, the main thoroughfare through the city. The city is sometimes referred to as Little Moscow because of its many Russian and Russian-descended (Russian American) residents. It is a booming resort area and developers such as Donald Trump have invested heavily in construction of high-rise hotels and condominiums.As of the censusGR2 of 20... 04/20/2007
Comments 3

By Bob Pavey, CRS
(RE/MAX Hometown)
The average high is 87 and low temperature is 63. Weather Risk suggests the risk of certain weather events occurring in this community as compared to the national average. Sunny Isles Beach is located on the East side of Aventura and has a long stretch of Ocean front Condominiums. There is a lot of new construction currently going up in the area. A lot of these properties have been purchased by investors looking to capitalize on the market.Most of Sunny Isles Beach is made up condominiums, townhomes and villas. Their is 1,433 active listings ranging in price from $159,000 to a high of $9,800,000. Their have been 185 closed sales and their is 85 pending sales since January first of 2006. A total of 762 properties have expired off the MLS since the first of the year. This means in an aver... 11/14/2006
Comments 0
<< Previous 1 2 … 213 214 215 216 217 218 219 220 221 Next >>
Explore Sunny Isles Beach, FL
Sunny Isles Beach, FL Real Estate Professionals