By Dennis Handa
(Florida Real Estate Network)
Fort PierceThe city of Fort Pierce is a historic waterfront city, incorporated in 1901.Quick facts:It is located in the Port Saint Lucie metro area, just a short distance from the hustle and bustle of both West Palm Beach and Orlando. It is a diverse city, taking on a rich historical heritage combined with the incredible growth of St. Lucie County The downtown sits just off the waters of the Indian River Lagoon, and offers unique shops, restaurants and a range of entertainment activities Its transportation network includes, Florida's Turnpike, Interstate 95, Highway 70, US1 and the St. Lucie County airport and the Port of Fort Pierce.  Palm Beach International and Melbourne International are the closest bigger airports. Fort Pierce has approximately 39,000 residents and encompasses over... 02/12/2008
Comments 0 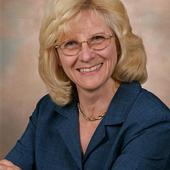 By Jackie Cross
(Real Living All Florida Realty)
I've been trying for a month to get my car in for an oil change.  Scheduling is a real problem with my local dealership as an appointment is required.  With a realtors schedule constantly changing I keep missing the times they had available.  I even tried going a fast change oil business only to find that a special filter is required, not one of the norm.  They would not even order the filter and do the work.Anyway I decided that even though I had 2 appointments so far today that I could keep my scheduled oil change.  My first appointment ran over so I was running a bit late and tried to call the dealership, no answer.  Peculiar to say the least.  Anyway I was only a few minutes late so I continued on my way.  When I got to the dealership I missed the first driveway so tried to get into... 01/30/2008
Comments 3 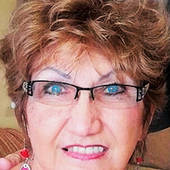 By Laveta (Lee) Gerhard, Lee Gerhard is a House "SOLD" Name
(McCurdy & Company Realty)
Fort Pierce was named for the U.S. Army fort built in 1838 during the Second Seminole War by Lt. Col. Benjamin Pierce. He was the Brother of Franklin Pierce that later became our     president.  They came in from  the ocean through the  Indian River Inlet,  located just northeast of Jack Island. Fort Pierce is one of the oldest communities on the east coast of Florida.   On December 29, 1900 after posting a notice to all registered voters to assemble at a Hall.It is written that on  February 2, 1901, Fort Pierce was organized as a municipal government.   54 of the 66 voters who lived in the proposed village area, met, voted to incorporate. They elected A.C. Dittmar as mayor, decided that there would be five alderman, and elected D.L. Alderman, A.Y.W. Hogg, P.P. Cobb, L.L. Carlton and... 04/04/2007
Comments 1
<< Previous 1 2 3 4 5 6 Next >>
Explore Fort Pierce, FL
Fort Pierce, FL Real Estate Professionals