Home Inspector
Phillip R. Smith Sr.
I am a full-time Alabama property inspection service company, providing a professional analysis of your home for your protection and peace of mind. I provide inspection services in the West AL areas
Cell: (205) 454-0877
Office: (205) 333-0102
More Info 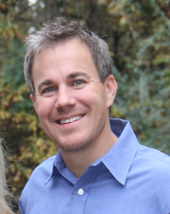 No More Smoking in Northport, Alabama

By Todd Murphy
(Fitts Agency)
Got the urge to smoke inside a public place in Northport, Alabama?  Well, you better get used to going outside.  The Northport City Council adopted a smoking ban in most public places.  The vote was unanimous.The ban includes restaurants, stores, government buildings, and buses.  If an establishment that gets more profits from alcohol than food then you can light one up inside, i.e., a bar.I used to think that this was a right of citizens, but after leaving a public place smelling like an ashtray, I say to the inside smokers..."take it outside!"  If you want to smoke, smoke, but the secondhand stuff is not good for anyone.Good job, Northport City Council. 08/14/2007
Comments 4
Explore Northport, AL
Northport, AL Real Estate Professionals