1 Comments
Richard Smith, the C.E.O. of Realogy Corp. (the parent company of my parent company), released a statement this morning that I really wanted to share. Here is what he had to say...   I am writing to let you know of a positive development for the real estate industry that was announced earlier...

They just "Get It"

4 Comments
There are times I feel somewhat overtaken by an event where I am surrounded by people who are not only smart and accomplished, but people I can sit in a room with and say, my god these people really "get it". You know the types; the kind of people who - through their unique set of experiences, a...

4 Comments
The Following is the sencond half of the speach given at last weeks NAR panel on social media a dn how it is changing the Real Estate industry. As one of four panelists, my portion was focused on blogging and how it has fundementally turned around my office. As always, if you have any qu...

6 Comments
Dateline: May 12, 2009 Washington, DC   Four members of NAR's Young Professionals Network Board conducted a panel on how the Real Estate industry is changing because social media, networks, and blogging bring our clients closer to the process than ever before.    In the following clip, you will ...

4 Comments
President Obama at the White House Correspondent's Dinner   Once a year the Press holds a dinner in DC that has one rule: Bring your funny!  Here are two clips: one of the President, and the other of Wanda Sykes.  Regardless of political affiliation, it is pretty fuuny.  Enjoy.

Did you know? A Video everyone must see!

8 Comments
Amazing You Tube VideoIt's not often I am impressed by a simple video on You Tube, but seriously, this is amazing - and even a little scary. It's four minutes long but worth watching. That is, if you're brave enough.

1 Comments
InspirationToday, my company held what we dubbed, “The Wake-Up” call - an inspirational / education oriented event focusing our agent population on finishing the remainder of the year from a place of strength and not fear.Usually I have a hard time at things.  I hate to so sit for any long per...

0 Comments
Thanks, Jim.  No one is better at what you do!Current Number of Homes Active and Under Contract in the Washington DC area: Here is the breakdown as of May 6th, 2009 This week we saw the number of homes for sale drop in most of the Metro DC area; however a large number also expired - which artific...

5 Things to do in DC during Mid-Year

3 Comments
As one of the many Washington DC locals, I feel it is my responsibility to give you some ideas of what to do while you're in town for the mid-year.  While not exactly a tour guide, having been born and raised here I am more than happy to at least be a sounding board for ideas.  Anyway, let's beg... 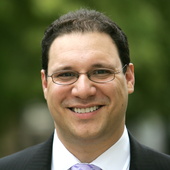