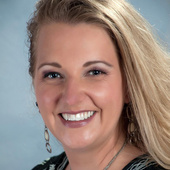 By Alexander- Slocum, Realty Team- Vancouver WA Real Estate
(Premiere Property Group, LLC - Vancouver Washington)
Inventory Improving Slightly Amidst Brisk Home Sales For Vancouver Washington As we enter the typically more active time of the real estate year, the tight-inventory of available homes is having a strong impact.  The number of units-sold is down significantly, while the strong pressure remains on home prices.  Highlights for  Vancouver WA homes for sale in April 2017 include: 330 Resale Homes were sold in April 2017, which is 76 fewer (-18.7%) homes than were sold in April 2016.   The 3-Month Moving Average Price Trend Line is now at 11.31% higher than the prior year; with the 12-Month Moving Average now up 11.54%.  Short Sale /Pre-Foreclosure property sales were 4 units (1.2% of total); down from April 2016's 9 (2.2% of total). REO/Bank Owned home sales were 3 units (0.9% of total); c... 05/16/2017
Comments 0

Competitive Home Shopping Tips for the Seller's Market in 2017

By Alexander- Slocum, Realty Team- Vancouver WA Real Estate
(Premiere Property Group, LLC - Vancouver Washington)
Home Buyer Tips for Vancouver WA Seller's Real Estate Market It has been a good five (5) years since a Vancouver WA Home Shopper could take their time to review our website's feed of all the Active listings in RMLS, then schedule a showing appointment for a weekend afternoon to view a few of the better looking homes on their list.  For the most recent three (3) years the situation has become an increasingly competitive scene, and at the popular price range is in our area it has all the trappings of "Combat Shopping" with Buyers with their brokers lined up outside the home awaiting their turn to see inside - then when finished they rush back to the office to prepare their offers!Then the "Bidding War" (aka Multiple-Offer Scenario) is there, full--on, for all prospective purchasers to pa... 04/30/2017
Comments 3 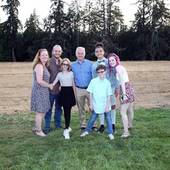 By Alexander- Slocum, Realty Team- Vancouver WA Real Estate
(Premiere Property Group, LLC - Vancouver Washington)
Condo Sales Feeling the Pinch of Low Inventory for Vancouver WA in March 2017!  Similar to SFR home sales in Vancouver this year, the lack of adequate inventory of Condos has made it challenging for buyers to find their perfect home. With the "Busy" real estate season, we have not yet seen improvement in that regard  Here are this month's highlights: Condo Average Sales Prices are up strongly this month, with the 3-Month Moving Average now at $218,849 closing up 8.37% over the prior March; and the 12-Month Moving Average also closed up 6.36% from the prior year;     48 Resale Condos were sold in March, which is down about 8 (-14.3%) from March 2016;   REO/Bank Owned Condo sales were 1 units (2.1% of total); down from 2 (3.4% of total) in March 2016.   Short Sale /Pre-Foreclosure proper... 04/24/2017
Comments 1

By Alexander- Slocum, Realty Team- Vancouver WA Real Estate
(Premiere Property Group, LLC - Vancouver Washington)
Home Sales Still Faced with Low Inventory For Vancouver Washington The "Busy" season for real estate and home sales has officially begun.  Although the Closed Sales for March and the past few months are lower than last year, the New Listings and Pending Listings have risen sharply.  Highlights for Homes for sale in Vancouver WA in March 2017 include: 353 Resale Homes were sold in March 2017, which is 71 fewer (-16.7%) homes than were sold in March 2016.   The 3-Month Moving Average Price Trend Line is now at 10.85% higher than the prior year; with the 12-Month Moving Average now up 11.55%.  Short Sale /Pre-Foreclosure property sales were 8 units (2.3% of total); down from March 2016's 10 (2.4% of total). REO/Bank Owned home sales were 14 units (4.0% of total); compared to 22 units in M... 04/06/2017
Comments 5 By Debb Janes EcoBroker and Bernie Stea JD, REALTORS® in Clark County, WA
(ViewHomes of Clark County - Nature As Neighbors)
We enjoy visiting the Clark County community known as Felida. Its name has an interesting story too. When the Post Office was established in 1890, the name Powley was submitted to honor an area resident. The name was denied, but the Post Office suggested instead, "Polly." The postmaster thought the name sounded like a parrot and remarked, "they might as well name the post office after my cat." Therefore, he submitted "Thomas," the cat's name, as well as, "Tomcat, and "Felidae," Latin for big cats. Felida was approved!Felida, long known for its pastoral settings, is changing because many of the area's farms were purchased by developers in recent years. Therefore, farmlands have been replaced with large subdivisions. Homes on larger parcels are generally resale, as most builders tend to m... 03/20/2017
Comments 8

Getting My Run On in Ducky Weather

By Alexander- Slocum, Realty Team- Vancouver WA Real Estate
(Premiere Property Group, LLC - Vancouver Washington)
When Running Outside in the Rain Beats Working-Out at the Gym... This is an update to my ActiveRain Old Farts Club Fitness challenge for 2017.  My primary fitness activity is Running; it gets me Outdoors, and provides a relatively inexpensive way to obtain good aerobic conditioning.  Through the years the Winter season has the most difficult because of the weather conditions - moisture and low-temperature,  to keep on schedule. Running on the Salmon Creek Trail, there are at least two types of flooding that can keep a person off the trail, and looking for another running trail or venue.  One type of flood is when Salmon Creek itself becomes swollen with rainwater and/or snow-melt/runoff.  This type of flood will easily keep a person off the trail as the swiftness of the current can be ... 03/14/2017
Comments 12

What is My Vancouver WA Condo Worth - February 2017