By Colleen Lane, Realtor(r) 509.438.9344 www.LaneRealEstateTeam.com
(Kennewick Richland (and West) Pasco WA Homes For Sale)
Finley Washington Homes | A Rich HeritageFinley is located in the Benton County of Washington, of which can be found to the southeast of the bigger city of Kennewick. Finley Washington offers a home to over 1,500 families and based on the year 2000 census Finley has a population of 5,770.  The history of Finley Washington starts in March 18, 1902, when George Finley discovered the quiet area now known as Finley.  George Finley, where the town gets its name, was a farmer who relocated from Nebraska. Originally, Finley was a very small town where only around 25 families resided. In the 1950’s, the population started to increase abundantly when its neighbor town Hover had to relocate to Finley. These new inhabitants transferred to Finley because of the construction of a dam, which later is... 06/23/2011
Comments 0 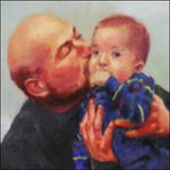 By Joe Lane Richland, WA Realtor, 509.438.9344 www.LaneRealEstateTeam.com
(Kennewick Richland (and West) Pasco WA Homes For Sale)
Thinking of owning your own home? Well do consider Kennewick Washington homes for sale real estate options. The peace and serenity of the place and the proximity of all Kennewick homes near public and private utilities make the real estate options worth the time and money invested in the hunt. At The Lane Real Estate Team, we handle Kennewick Wa properties and are very well networked in the community offering  buyers, first and seasoned, homes for sale real estate options that are lucrative and designed to fit into any predetermined budget. There are a number of online as well as offline resources that list Kennewick homes and even make virtual tours available on request, however, The Lane Real Estate Team can walk you through the process. Kennewick Washington is a destination location ... 06/05/2009
Comments 2

By Colleen Lane, Realtor(r) 509.438.9344 www.LaneRealEstateTeam.com
(Kennewick Richland (and West) Pasco WA Homes For Sale)
The Tri-Cities area may be chief thought of as a collection of Richland, Kennewick and Pasco, but the surrounding area is full of great small towns as well that complement the area. Finley is one such city, bringing a small-town feel to the Tri-Cities area of southeastern Washington in Benton County. That small-town feel (the city had less than 6,000 residents according to the 2000 census) is aided by a close proximity to cities like Kennewick that provides easy access to a variety of recreation opportunities to give the best of both worlds. Finley has provided that small-town feel to the area since the 1902 arrival of George Finley, namesake of the town. Though only 25 families inhabited the area in 1908, the 1950s saw a bit of a population boom in the area as residents of nearby Hover... 08/15/2007
Comments 0
Explore Finley, WA
Finley, WA Real Estate Professionals