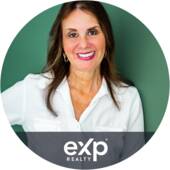 How Healthy Are You?

By Nannette Turner, Online Marketing Home Ownership Advocate Specialis
(eXp Realty LLC)
I am not nearly as healthy as I ought to be but I make sure I eat right.  I think this is a big proponent of continued success.  How long can an automobile continue to go down the road without fuel.  Our bodies are the same way.  This is not an original thought.  However, it is easy for me to slip into eating junk when in a hurry. I quit smoking over twenty years ago.  Most of my friends don't smoke.  I do drink occasionally.  Maybe two or three times a year a couple drinks at the most.  I understand the importance of taking care of oneself, especially as I get older. Lots of times folks say I look younger than I am.  I don't look like I have grown children.  I think it is a result of trying to take care of myself.  After all if I don't who will? Every Thursday afternoon for the past fe... 07/26/2008
Comments 5

By Nannette Turner, Online Marketing Home Ownership Advocate Specialis
(eXp Realty LLC)
From its beginning as a frontier town to its heyday as one of the wealthiest cities in America, Lynchburg has appreciated and built fine architecture.As a town boarding the wilderness, Lynchburg started out simple.  When John Lynch began dividing his lots, homeowners had strict rules governing the types of houses they could build.  The first Lynchburg houses were 16 feet square and had to be finished within three years.Most houses, which were build close to the streets, were frame building with wooden shingled roofs.  Lynchburgers regularly used stone for basement and foundations.Settlers avoided chimneys made of wood or wattle and daub - an early building material of interwoven sticks and twigs- because of the fire hazard.  Instead they used stone or brick.The early Lynchburg build sol... 02/10/2008
Comments 2
Explore Rivermont, VA
Rivermont, VA Real Estate Professionals