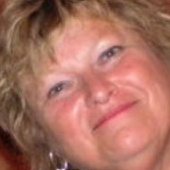 By Pat Fenn
(Marketing Specialist for CJ Realty Group/Cindy Jones Broker )
According to the Washington Post Fairfax County officials are taking another look at a plan from the 1960s-era plan to build a Metrorail extension to Baileys Crossroads.  When the development at Skyline Plaza was first imagined it was with the thought that a metro station would eventually pass close by. "Baileys Crossroad is one of seven commercial districts that Fairfax officials have targeted for redevelopment. The plan is to develop the communities into walkable, mixed-use neighborhoods served by mass transit. Fairfax County is projected to grow by 225,000 residents over the next 30 years." Read more about Fairfax County's plans for redevelopment of the Bailey's Crossroads area in the Washington Post. 07/31/2010
Comments 1 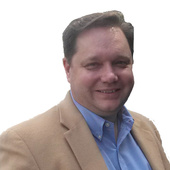 By Will Nesbitt, Nesbitt Realty is a family-run brokerage.
(Nesbitt Realty at Condo Alexandria)
With a mixture of residents and businesses, Bailey's Crossroads is a thriving, prosperous community. Bailey's Crossroads is located in the Mason District of Fairfax County, Virginia. Bailey's Crossroads is located on what is now called Leesburg Pike. In pre-Columbian America Leesburg Pike was a buffalo trail and an Indian trail. The trail lead from the Potomac River to the foot of the Blue Ridge Mountains. In the colonial era, the land here was part of the original Fairfax land grant. That land was parceled out over time, and as a result George Washington owned land which now is occupied by the Skyline complex of condominiums. In 1809, Bailey's truly became a crossroads with the construction of the Washington Graveled Turnpike which is now know as Columbia Pike. The name Bailey derives ... 09/03/2008
Comments 0
Explore Baileys Crossroads, VA
Baileys Crossroads, VA Real Estate Professionals