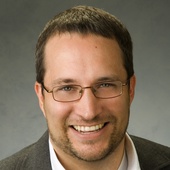 When is the right time to sell and buy a home?

By Utah Dave, Homes for Sale - Utah
(UtahDave.com Neighborhood Experts)
When is it the right time to sell your home and buy another one so you can make the most money?Many people are asking this.  Well, let's go over some numbers.  Say you have a $200,000 home to sell right now in the Salt Lake Valley.   We would have to go over statistics for your specific home and neighborhood but for an example we will just go with  a safe number.   Right now the odds of selling your home in your neighborhood is 25%.   What about the odds of selling a home in a neighborhood where there are $400,000 homes?  The odds will drop to about 2%.   As you can see there is more demand in the neighborhood currently where you are selling and less demand in the area that you want to buy.  This means two things.  You are selling high....and buying low.SHOULD I WAIT? What are the costs... 02/08/2008
Comments 0

By Utah Dave, Homes for Sale - Utah
(UtahDave.com Neighborhood Experts)
Living in Daybreak One thing about getting married is life seems to change and everything happens fast.  Sometimes so fast that it leaves behind us the simple things that make it enjoyable.  Daybreak keeps life simple and enjoyable.I live in Daybreak because of what it gives me and my family.This next Saturday Daybreak is hosting a Sweetheart's Dance.   Many married couples rarely get out to dance.  But when you are dancing with all your friends in the neighborhood where you live....Memories are created.  If I lived anywhere else, me and my family would never have the chance to go dance with our entire neighborhood.  Plus, I didnt have to plan anything.  They have a photographer, dinner, and everyone in the neighborhood goes.  My wife and I look forward to this every year.  Its these mo... 02/07/2008
Comments 0

How is the South Jordan Market? 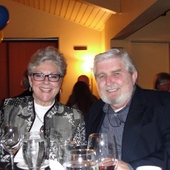 You Need To No!!! About this

By Gordon Sloan, Salt Lake Homes For Sale, Salt Lake Real Estate
(Group1 Real Estate, selling houses in Salt Lake City Utah )
What about this potential division of the Jordan School District? Does it make any sense to you? Does it make any sense to split up a district that  has the highest graduation rate among the 50 largest school districts in the country?  Do we think we can improve on a graduation rate of 88.5% when the national average is 69.9% (education week report)? Lets look at the current configuration: The existing district includes West Jordan, South Jordan, Riverton, Herriman, Bluffdale, Midvale, Cottonwood Heights, Sandy, and Draper. If both school district creation votes pass, there will be 3 distinct districts. A. West Jordan, B. South Jordan, Riverton, Herriman, and Bluffdale. C. Midvale , Cottonwood Heights, Sandy, and Draper.  I don't know which way to vote.  Now that doesn't mean I don't ha... 10/19/2007
Comments 0