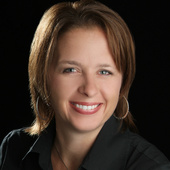 The strangest offer EVER!!!

By Jeanna Martinez
(RE/MAX Access)
I have a listing that has been on the market for quite some time.  We have received lots of showings since January and two offers.  The first offer fell through and the second one was one of the strangest offers I have ever seen.  To make the oddities easier to read I am going to bullet them... The offer was faxed to my office without so much as a phone call to me from the agent (my office called to let me know an offer was in). - don't worry it gets worse After a short time, I then got a call from a gentleman (I assumed to be the agent).  He informed me that he faxed an offer and wanted to know if I received it.  I told him it was at my office and I was going to go by there later to get it.  I also asked him if there was any way he might be able email it to me (I work primarily out of ... 03/17/2009
Comments 10 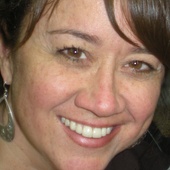 Need a cuppa Java? Java Junction is where it's at (Schertz, Texas)

By Frank Bailey Sr.
(Keller Williams Realty)
If you are, or know, or represent a Texas veteran, you may want to let them know of the great rates today!!  If you are a vet, in Texas, with 30% or more disability, guess what?  You can be eligible for an additional 1% less than the current rate when you buy a home!!  It doesn't apply if you decide to refinance, but with the current interest rate where it is, it really is a great time to downsize or upgrade.  With the buyers market and the interest rates and the additional entitlement of being a Texas vet with 30% or more disability, it really is a fantastic time to buy in San Antonio Texas.  Take advantage before it goes away! 12/18/2008
Comments 8

Trust Deeds, Mortgages, Contracts, Warranty Deeds: What are They?

By Frank Zeno
(Integrity Realty)
Trust Deeds, Mortgages, Contracts, Warranty Deeds: What are They? by Clifford Hockley Charles was confused. He was trying to buy a four-plex, but just did not understand the real estate jargon. Deeds, trust deed, contacts, mortgages all were words he thought he knew, but in the end really did not understand. He was sitting in his real estate broker's office embarrassed that he did not understand, when the broker Mimi, said to him,"You know, the language of real estate can be very confusing. I have prepared a short summary of terms that might be helpful to you as we move forward with this transaction. Instantly Charles glazed look disappeared. "You have a tool for me? Great!" he exclaimed. "I really am stymied by the words and I really like the four-plex and want to buy it." Mimi pulled... 05/26/2008
Comments 7

By Frank Zeno
(Integrity Realty)
PLAY VIDEO Real Estate Outlook: Index Says Positive Growth Underway by Kenneth R. Harney You might not hear much about them on TV or in the papers, but there are some economic signs popping up right now that are -- at the VERY least -- encouraging for housing and real estate. Take the gold standard of all forward indicators for the U.S. economy -- the Conference Board's "Index of Leading Indicators," which is based on a broad survey of industry data and predicts economic activity three to six months down the road. The latest Conference Board index registered its first increase in six months. Now I know that all we hear about these days is recession: it's either already here or it's about to happen. But the index suggests that there should be positive growth underway in the second half... 04/24/2008
Comments 2

By Anna Horton
(Hill Country Land and Homes Realty)
I didn't make it down to the lowater bridge this weekend...but I did need to kill some time in the Schertz/Cibolo area today. Found some interesting "artifacts" while I was driving around. The Starlight Theatre is in Schertz on Highway 78. This community was voted one of the top 40 places to live in the US and is the top ranked city in Texas. It lies between our little town of New Braunfels and San Antonio. I know there are old drive-ins everywhere but this one seemed to stand out. I'm amazed that no one has "liberated" the sign itself. It's in surprisingly good condition and it has a great sense of style. I love old advertising art and this is a great example. I'd love to know something about the history of the place - other than the "submarine races" that were waged in the back rows. ... 02/14/2008
Comments 2

Photos from a drive around Schertz, Texas

By Robin Rogers, CRS, TRC, MRP - Real Estate Investment Adviser
(Robin Rogers, Silverbridge Realty, San Antonio, Texas)
A couple of weeks ago, I had to kill some time and run a couple of errands in Schertz. (According to the US post office, I live about 200 feet from the boundary line of Schertz, in Cibolo, to the east.)Since I had my camera with me, I thought I'd try to capture some of the contrasts between the old city of Schertz and just a small portion of the rapid development that has been taking place in the last few years. Last year, Schertz was ranked one of the best places to live in Texas by Money magazine. So far, it's been good to me. Many people stationed at Randolph Air Force Base live in Schertz or the nearby cities of Universal City, Live Oak, Converse, and Cibolo. I'll be driving around there soon, too.Click the Details button after viewing the shows for more information. 02/14/2008
Comments 17
<< Previous 1 2 3 4 5 6 Next >>
Explore Schertz, TX
Schertz, TX Real Estate Professionals