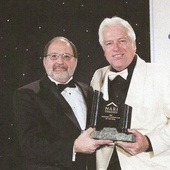 By Fred Spaulding
A group of Interior Design students at Lone Star College-Kingwood recently judged a Houston competition for Contractor of the Year.  The local chapter of the National Association of Remodeling Industry (NARI) sponsored the competition. Local businessman Fred Spaulding of Quality Home Improvements invited the students in Professor Susan Ouren's residential design class to be the judges of the competition.  "These students are professionals.  They've learned what works and what to look for," said Spaulding. Each of the 18 entries was judged individually by three students.  Some of the criteria the students used to judge the entries included: did the remodel meet the needs of the client; was the project properly laid out; and the difficulty of the project. Professor Ouren says, "What I app... 04/03/2010
Comments 0

By Fred Spaulding
Quality Home Improvements was featured in the Houston Chronicle http://www.chron.com/CDA/archives/archive.mpl/2006_4035756/business-kingwood-remodeler-named-top-contractor-i.html Quality Home Improvements of Kingwood, owned by Fred Spaulding, received the Houston Area Contractor of the Year Award while the Vendor of the Year Award went to The Moore Supply Company of Humble, owned by Joe Simmons. The National Association of the Remodeling Industry Houston Chapter presented the awards during November's Evening of Excellence at the Clarion Hotel Ballroom in north Houston. Quality Home Improvements, a full-service remodeling company that specializes in kitchen and bathroom remodels and room additions, took honors in three categories: Residential Kitchen under $40,000, Residential Bath under... 04/03/2010
Comments 4

By Susan Brown
(Keller Williams NE, Kingwood Texas (Humble & Atascocita too))
Sunday March 28, 2010Handcrafted Arts & Crafts Fair in KingwoodNorthpark Shopping Center10:00 AM - 6:00 PMIf you are looking for some interested shopping on Sunday - take a drive over to the Northpark Shopping Center in Kingwood.  The fair is featuring hundreds of items created by local artists.  And with the beautiful weather predicted for tomorrow - it is a great time to stroll the fair & check out the booths! Susan Brown, Your Texas Connection sells real estate in Walden on Lake Houston, Eagle Springs, Summerwood, Atascocita, TX, Kingwood Greens, Royal Shores & Kingwood, TX - just to name a few!  Susan's the team leader for Your Texas Connection at Keller Williams Realty NE.  Visit their website for more in depth info about the team and what they can do for you.  Or call Susan direct... 03/27/2010
Comments 0

By Susan Brown
(Keller Williams NE, Kingwood Texas (Humble & Atascocita too))
The Kingwood Art Society has its 2010 Spring Art Show & Competition this Saturday, March 27 at the Kings Harbor Waterfront Village.  Public viewing is from 11 AM to 4 PM.  The entries will be judged this year by Kingwood artist Anne Vandagriff. The Kingwood Arts Society meets monthly on the 3rd Monday at Homewood Suites in Kingwood.  For further information, as well as tips for painting, visit Debra Latham's blog.  Or call  832-515-6639.     Susan Brown, Your Texas Connection sells real estate in Walden on Lake Houston, Eagle Springs, Summerwood, Atascocita, TX, Kingwood Greens, Royal Shores & Kingwood, TX - just to name a few!  Susan's the team leader for Your Texas Connection at Keller Williams Realty NE.  Visit their website for more in depth info about the team and what they can do ... 03/24/2010
Comments 0

By Cliff Collins
(Mission Home Finding)
Keller Williams presents a free Spring Break Concert in Kingwood on Friday, March 19, 2010 from 7-10pm.  The 5th Avenue Trio will be performing classic rock tunes from the 50's, 60's, 70's and 80's.  Because the rain cut the 5th Avenue Trio's previous appearance at Keller Williams' November free concert short in Kings Harbor, they have returned to honor their rain check.  The special charity guest attending this month's concert will be Including Kids, Inc., a local Humble charity that helps autistic children with education and therapy.  If the weather on March 19th doesn't favor an outdoor concert, we'll give it a go again the following Friday (March 26, 2010).  Come on down to Kings Harbor (1660 West Lake Houston Parkway, Kingwood), bring a chair, a blanket and a cooler to enjoy great ... 03/09/2010
Comments 0 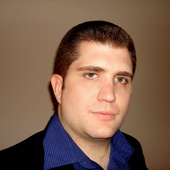 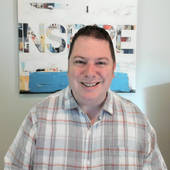 By Susan Brown
(Keller Williams NE, Kingwood Texas (Humble & Atascocita too))
This lovely hanging basket of flowers was created by the floral department at our local Alspaugh's Hardware in Kingwood.  The ladies working in the garden area are knowledgeable & helpful - even if your thumb is a bit less-than-green.  They will show you a variety of flowers that flourish in the sun or shade, depending on your needs.  You can bring a basket in and they'll fill it with your choice of plants or blossoms.  Or you can purchase a basket and have them do the same.  Or you can even choose one from their selection of beautiful hanging arrangements.  Alspaugh's is certainly worth the trip! Susan Brown, Your Texas Connection sells real estate in Walden on Lake Houston, Eagle Springs, Summerwood, Atascocita, TX, Kingwood Greens, Royal Shores & Kingwood, TX - just to name a few!  ... 02/28/2010
Comments 9

By Susan Brown
(Keller Williams NE, Kingwood Texas (Humble & Atascocita too))
Spring Break is just around the corner.  For Humble ISD it is March 15-19, 2010.  If you are looking for something brand-new, full of adventure & in our community - why not check out Camp Kingwood at the Kingwood Country Club.  This day camp is available for those 5 to 12 years of age and is sure to have something to engage your child.  Activities include tennis, golf, playing in the water, guest speakers, arts & crafts, sports and much more!  The kids will be under the guidance of enthusiastic Kingwood Camp counselors.Hours:  Monday thru Friday 9:00 AM - 4:00 PMPre-Camp is 7:30 to 9:00 AM and Post-Camp is 4:00 PM to 6:00 PM.Fee:  $200 non-members/ $160 members (and $20 discount for 2nd child)  This fee includes lunch and a snack for each day of camp.  For Further Information contact Ki... 02/28/2010
Comments 0

By Jeremy Williams, Business Coach, Husband, Father, and Dog Wrangler
(Red Hawk Coaching)
Learn how Jeremy Williams of Keller Williams Realty NE utilizes technology to market his clients' listings setting him apart from the other Realtors in the Kingwood, Texas market area.  Read more here Kingwood Texas Homes for Sale | Kingwood Realtor Jeremy Williams is Different Using Technology to Assist Clients with Buying or Selling Homes Jeremy Williams of Keller Williams Realty NE specializes in assisting home buyers and home sellers in the Kingwood, Texas, Summerwood, Eagle Springs, Fall Creek and Lakeshore real estate market.  To learn more about how Jeremy Williams is different from other Realtors, and why you should give him the opportunity to earn your business, visit www.williams4yourhome.com. Powered by Magnetiks 02/16/2010
Comments 1

By Susan Brown
(Keller Williams NE, Kingwood Texas (Humble & Atascocita too))
Kingwood Pops Orchestra presents A Night at the Oscars Friday, February 19, 2010 at 7:30 PM Saturday, February 20, 2010 at 7:30 PM     at The Nathaniel Center in Kingwood Texas Reserved Table seating may be purchased at the Kingwood HEB  Limited Preferred seating is available for purchase at the door before each performance Limited Complimentary seating is available on a first-come, first-served basis at the door before each performance The Kingwood Pops are always entertaining and they only perform four times a year.  Don't miss it.  Mark your calendars now!  Call 281-319-7677 for further information.   Susan Brown, Your Texas Connection sells real estate in Walden on Lake Houston, Eagle Springs, Summerwood, Atascocita, TX, Kingwood Greens, Royal Shores & Kingwood, TX - just to name a ... 02/14/2010
Comments 0