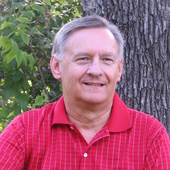 By Sky Realty
(Sky Realty)
Video of Home in Buda Texas Visit our website to learn more about Homes in Buda, TX 07/14/2009
Comments 0 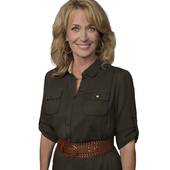 By Brenda Sours, Native Austinite - 512-914-6118
(Reilly Realtors)
The Coves of Cimarron is one of those neighborhoods that is extremely nice, and priced affordably.  You can't go wrong with just moving a little outside of Austin to find great bargains.  The Coves of Cimarron is a beautiful community with a swimming pool, tennis courts, and playground.  The homesites are large, many one-half acre or more, and just a short drive into Austin. Learn more about this home and other homes in Buda.  Contact me if you would like more information on any of these homes at (512) 914-6118, Brenda Sours with Sky Realty or check out my website at www.AustinHomeSells.com.     06/04/2009
Comments 0

By Jim Gilbert
(Sky Realty)
The following table gives a snapshot of home sales over the past 6 months in the Buda Texas subdivision Whispering Hollow.    Source: Austin Board of Realtors MLS. Information is deemed reliable, but is not guaranteed. For more information on neighborhoods and homes for sale in South and Southwest Austin, including Buda, visit HeartofAustinHomes.com. I would love to assist you with the purchase or sale of a home in Whispering Hollow or in another neighborhood in Buda or in Austin. Give me a call at 512.913.1557. Jim Gilbert, Sky Realty/Heart of Austin Homes.Licensed to sell real estate in the State of Texas. 12/17/2008
Comments 0

The Community of Buda, Texas

By Ki Gray, Austin Real Estate
Buda is a thriving small community southwest of Austin in the Texas Hill country. Buda was settled in 1881, and originally named Du Pre, but in 1887, the town changed its name when the residents realized there was another Du Pre, Texas. The town was founded on the route of the International-Great Northern Railroad, which traversed a route from Austin to San Antonio in the 1800s, and the town's early residents named the streets either for well known types of trees or local cities, such as San Marcos and Austin. The population of Buda was reported to be just over 2,400 inhabitants at the time of the 2,000 census, although it is estimated that the population has doubled since then. The area of Buda is 2.4 square miles, with just 0.41 of the area being water, and the city is situated 13 mil... 12/03/2008
Comments 0

By Celeste Messer, Austin Real Estate, Kyle Real Estate
(Adkor Realty)
Well we all thought the schools in HAYS CISD were improving and now we have the proof.  Barton Middle School went up to a Recognized Status this year along with two of the elementary schools Buda Elementary and Kyle Elementary bringing the number of Recognized Elementary Schools in Hays CISD to four.  But a special shout out goes to Elm Grove Elementary for getting an EXEMPLARY Rating...way to go!!! Hopefully we will continue to see improvements, and as we see the elementary school ratings improve, these are feeder students to the Middle and High Schools, so in time logic would have it that the kids are better prepared and therefore these ratings should continue to improve as well. So way to go HAYS CISD! Across District TAAS Rating Comparisons for the last 3 years In case you're wonder... 08/29/2008
Comments 0

By Celeste Messer, Austin Real Estate, Kyle Real Estate
(Adkor Realty)
Sometimes it's nice to look back at a community and see what has happened with the prices of real estate over the years. To help with that I pulled together the sales of single family homes in Buda Texas  from the year 2004 to mid year 2008.  You can see a definite trend in pricing...upwards.  Back in 2004 almost 30% of the homes sold in Buda through the MLS system were under $125K.  Today when I buyer says they can't afford anything over $125k as a real estate agent, I almost have to rule out Buda as an option as there are so few available at any time.  Looking at the other end of the spectrum you can see that the homes selling in the over $350k Range are increasing in Buda.  You might expect these homes to be in subdivisions such as Ruby Ranch and Elliott Range, acreage communities wi... 08/10/2008
Comments 0 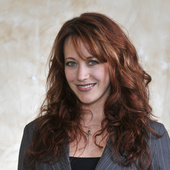 By Angela Sparks
(Stepstone Realty)
Elm Grove in Buda   Own a Green Builders home at Elm Grove in Buda and save up to 50% on your energy bills and affordable living with homes from the $180's. The 90 acre Elm Grove neighborhood is situated next to Elm Grove Elementary School and the Garlic Creek Greenbelt. Enjoy the numerous pedestrian walkways and more than 15 acres of open space. Green Builders is Clark Wilson, with over 25 years in the homebuilding industry, Cindy Hammes, VP of Financing, and Mr. Chioco, Director of Green Operations and Development. They focus on sustainable building practices and the use of earth friendly products and materials. To learn more about this and other green communities, contact Angela at www.livegreeninaustin.com   06/17/2008
Comments 3 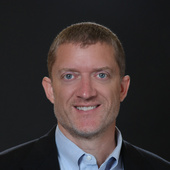 By Andy Cook
(Keller Williams Realty)
The kiddos sure do love going for a hike / wade / swim at the nearby state parks. They have recently been to McKinney Falls State Park and Pedernales Falls State Park and have had a great time. Visit the website for Texas Parks & Wildlife and find a park near you. Each of these two parks are very near my favorite area: South Austin & Buda. That makes it an easy drive to the park to enjoy a day trip for the kids. At McKinney Falls they went Armadillo spotting and found 3 of these crazy critters plus one unidentified swimming snake. Pedernales Falls yielded no Armidillos but had a large supply of lizards which the kids love to spot.  I think next up is going to be Bastrop or Lockhart State Park. Maybe we'll see you there. Andy Cook www.andycookhomes.com (512) 826-2600 05/18/2008
Comments 1 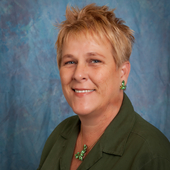 By Jane Miller
(Sky Realty)
Buda, Texas is only 15-20 minutes South of Austin, on I- 35. Buda,TX. shares a border with its neighbor Kyle, and is part of Hays Consolidated School District, although commonly referred to as Buda/Kyle each is a separately incorporated community. Buda, TX., is known for its friendly, relaxing atmosphere with antique shopping and restaurants in original downtown buildings. Buda, Texas' growth has paralleled Austin's since the 1980s. The community offers real estate suited to residential developements that have a rural atmosphere and the small town charm of an historic Texas town.Commercial development along the IH-35 corridor is creating a spike in city sales tax revenue, while city leaders hope that revitalization of Old Town Buda will attract tourists and residents to the Main Street ... 09/16/2007
Comments 0

Beesham is Our Featured Agent for Buda TX

By Sky Realty
(Sky Realty)
Beesham featured agentI enjoy working in South Austin, Kyle and Buda TX Real Estate. These areas have grown and still have a lot of room to grow. I know the South Austin area well and would love to help you sell or make a purchase. Growing up in south Austin allows to know the area intimately, I can help you find just the neighborhood and home for you.RegardsBheesham Ramanand512-663-8007 08/20/2007
Comments 0

By Sky Realty
(Sky Realty)
Myra is an experienced real estate professional that specialized in South Austin, Kyle, Buda, and Dripping Springs.   Myra lives in South Austin's Cherry Creek neighborhood and is highly educated in this market.   Myra is dedicated to making this purchase as straight forward, easy and stress free as possible.   The market for Austin, Kyle, Buda, and Dripping Springs homes and land is growing and changing at an incredibly rapid rate. Central Texas and the Austin area is experiencing a boom in the housing market previously unseen. It is important to have a highly informed and educated agent on your team. Myra is an area expert in Austin and all its surrounding areas, especially Buda, Kyle, and Dripping Springs. 08/15/2007
Comments 1

By Eric Olson
(Sky Realty)
Don't change jobs. Even if you have another job in place before you leave and it pays more also don't leave your current job until you've closed on your mortgage. Don't move your money or long-term investments around. Keep things the way they are until after the closing. Moving money from your savings to checking or vice versa could slow things down if you end up needing to re-submit paperwork with your lender. Don't co-sign for anyone else on a loan. This shows up as a new loan or line of credit on your credit history. It will play havoc with your debt to income ratios and force you to document tons of stuffDon't let anyone run your credit report again. Too many inquiries on your credit report could signal to a bank that you're over-extending yourself. Don't let any other lenders run y... 07/19/2007
Comments 3
<< Previous 1 2 3 4 5 6 Next >>
Explore Buda, TX
Buda, TX Real Estate Professionals