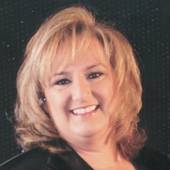 By Carmen Prince, Affiliate Broker
(Crye-Leike Realors)
Do you ever just sit and think about things?  I do and today is one of those days!  I was thinking about Memphis and what it has to offer people moving to our area.  What started all of this thinking was a customer that is moving here in June.  He stated that he lived here almost 15 years ago.  He really didn't want to move to Memphis but his job is bringing him and his new family home.  He wanted to know what had changed.  I immediately thought family!  What does Memphis and the surrounding area have to offer.  The answer, BASEBALL! The all-american pastime.  Memphis has a minor league baseball team, the Redbirds.  We have a state of the art facility located in the downtown area.  (Check out the great photo...I took it from the RE/MAX balloon as I was searching for my client to... 03/01/2007
Comments 0 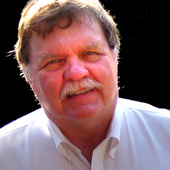 By Joe Spake, Midtown, Downtown, East Memphis Specialist
(InCity Realty)
Memphis was cited as a top metro area for European expansion. The area ranked #13 out of 50, based on European-based company expansions or relocations within the past two years that created at least 10 jobs and involved capital investment of at least $1 million. Expansion Management, June 2004  The Memphis metro area was selected as one of the "Top 40 Real Estate Markets" for expanding or relocating businesses. The area ranked #7 out of 40. Criteria: rental costs; purchase prices; and vacancy rates of office and warehouse space. Expansion Management, August, 2005 Kiplinger's Personal Finance ranked 101 U.S. cities in terms of their total tax burdens. Memphis ranked #6 (#1 had the lowest overall tax burden). Criteria: state income tax; property tax; sales tax; personal property tax; and ... 02/25/2007
Comments 1

By Joe Spake, Midtown, Downtown, East Memphis Specialist
(InCity Realty)
I want you to know more about Memphis, Tennessee Courtesy of Greater Memphis Chamber of Commerce:Memphis is located atop 1 trillion gallons of the world's best artesian well water. Memphis is in the top 10 of the most mannerly cities in America according to the etiquette book, "Common Sense Etiquette."Memphis ranks 6th in the nation in the number of properties on the National Register of Historic Places and has more historic listings per capita than any city in America. The Mortgage Bankers Association of America put Memphis at number ten on its Top Ten Hottest U.S. Markets for Mortgage Lenders hot index list, which ranks markets by such loan-business generators as household, or family, formations, population growth and employment levels.Memphis ranks 17th among the largest metro areas ... 02/15/2007
Comments 0

By Joe Spake, Midtown, Downtown, East Memphis Specialist
(InCity Realty)
From this agent's point of view, the Memphis, TN market is slooooow. I have mentioned a market turndown for a while, and I hate to be a doom an gloomer, but not many motivated buyers are stepping up to take a bite of the Memphis market's over-inflated inventory. There are some great properties out there, priced to move. See for yourself. My theory is Seasonal Affective Disorder -put things off for some warmth and more daylight.I just returned from an educational convention of the nation's top agents. Our market is great compared to other parts of the country. We have been blessed with flat growth, and are suffering much less from the market downturn (correction) than other areas.I am going out to stand in the sun.Joe SpakeMemphis Tn Real Estate 02/07/2007
Comments 1 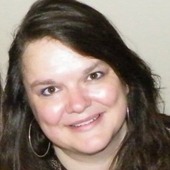 By Angela Allen, Marketing Specialist
(WickedWriter.com)
I've been here for a few days now, and I must say that the National Conference for Media Reform (NCMR2007) this year is excellent. I've been blogging the details on my "other blog," (I'm actually an 'official blogger' for the event) but wanted to be sure that I shared some of the information I now have that helps to explain why Net Neutrality is an issue that matters to Real Estate agents and brokers alike.I met Tim Wu, Columbia Law School professor (specializing in telecommunications law, copyright and international trade) and probable author of the term Net Neutrality (see his paper from 2003 entitled Network Neutrality, Broadband Discrimination). If you want something a bit easier to digest that will give you his informed view of the issues related to Net Neutrality, you may want to ... 01/13/2007
Comments 1
<< Previous 1 2 … 146 147 148 149 150 151 152 153 154 Next >>
Explore Memphis, TN
Memphis, TN Real Estate Professionals