Real Estate Agent
Kirk Dirksen
Helping buyers buy and hopefully having fun doing so. Helping sellers sell faster for a lower cost. "Full Service with Savings" it's not just a motto it's what I do. Here for you when your ready.
Cell: (605) 359-1556
Office: (605) 359-1556
More Info

By Pam Hoefert, Your “Go To” Agent
(RE/MAX Professionals Inc)
Tea, SDPrior to 1902, when the town was incorporated, the community was called Byron. When the post office was to be established, the postal service asked town leaders to provide a list of 10 possible names. There were already several towns using the name of Byron. Townspeople gathered in the general store and provided nine names, but got stumped for a tenth. So the decision was made to break for tea. The beverage became the tenth option, which was approved by the postal service and became the town’s new name. [su_divider divider_color="#2937bf" link_color="#d71940"] Community AmenitiesTea City Park: Located at the corner of Main Avenue and Brian Street, The Tea City Park features a swimming pool with water slide, basketball courts, playground equipment, a picnic shelter, a grill, fishi... 09/25/2017
Comments 1 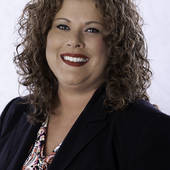 By Matt Listro, Your Credit Repair Expert
(National Credit Fixers - Matt Listro)
South Dakota Credit Repair National Credit Fixers: 330 Roberts Street 4th Floor East Hartford CT 06108 phone: 860-282-6181. National Credit Fixers boasts of 13 years experience repairing low FICO scores. Whether your credit has been damaged by a foreclosure, bankruptcy, slow credit, collections, judgments, repossessions, etc. we can help. We are the experts in credit restoration and credit repair. We have helped numerous residents of South Dakota and are experts in South Dakota credit repair. Everyone deserves a fresh start. Isn't it time for yours? There are ways to improve those negative credit scores. We have the tips and tricks to help you improve your credit and get yourself back on your feet. Don't spend another day living with a bad credit score, let us help you get a clean slate... 06/30/2009
Comments 1 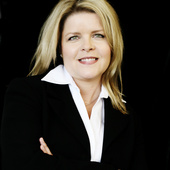 By Wanda Promes, Mortgage Loan Originator
I am so glad, that at this time of year, I have seen so many express their Thanks, for what they have, for who they have, for who they are. Thanksgiving, a time to reflect, look inside ourselves.  The spirit of this season naturally brings an intraspect to life.  Perhaps one positive result to tougher economic times is that people take the time to reflect what is important in their lives.  Happy Thanksgiving to all. Peace, Happiness, and Laughter be yours. 11/26/2008
Comments 0 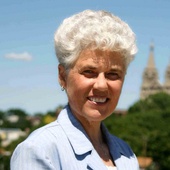 By Sue Trees
(Envision Realty)
Whisper Ridge provides the perfect blend of convenience and comfort living in your ideal floor plan. Whether choosing from our Cottage Homes or Townhomes, you will have the beauty of your surroundings. Whisper Ridge Living is more than just a name, but loving the way you live! Local conveniences surround you in peaceful Southeast Sioux Falls, where you are never far away from shopping, dining or a host of other  leisure activities. Getting around is effortless with easy access to the interstates and major arterial streets of Sioux Falls.   We want you to invest in a home that matches your lifestyle and budget but makes no compromises istyle and function. Choose from one of our four personalized floor plans and how you will enjoy your new home!    Each floor plan welcomes you with fantas... 09/08/2008
Comments 1
Explore Lincoln County, SD
View all cities
Lincoln County, SD Real Estate Professionals