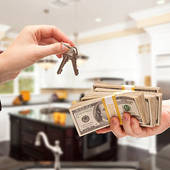 By Steve Warrene, Pittsburgh Real Estate Investment Specialists
(Your Town Realty)
When Sunday, 18 December 2011 Time 12:00 until 20:00 Where Knoch Intermediate School , 328 Knoch Road Description Please join us in celebrating Alex’s life as she has went to be with her savior Jesus Christ in Heaven. Alex was killed in a vehicle accident on 11-1-11. We have established a scholarship in her name that will be awarded to a graduating senior to be chosen by her parent...s Tammy and Brian Summers.Spaghetti dinner served from noon til 6$15.00 Event Ticket Price$7.50 Take Out PriceEvent ticket price allows access to Spaghetti Dinner, Basket Raffles, 50/50, and Live Bands. Donations can be mailed to the following:Nextier Bankc/o ALEX SUMMERSP.O. Box 1550Butler, PA 16001W-9 forms available for all donations receivedFor more information contact:Seth Bowser via Facebookor Jodi T... 12/12/2011
Comments 0

Alexis Summers, The Death of a Cheerleader

By Steve Warrene, Pittsburgh Real Estate Investment Specialists
(Your Town Realty)
ALexis Summers was a young popular cheerleader and gymnast who was a senior at Knock High School.Here is the article about her. A teenage cheerleader was killed when she lost control her car and smashed into a tree, as she tried to type a text message. Alexis Summers, 17, of Saxonburg, Pennsylvania, died when her Subaru Legacy went over an embankment and slid into a tree, as she drove towards home on Tuesday night. The tragic crash came just eight hours after her state agreed to outlaw text messaging at the wheel.   The 'caring and kind' teenager, described by her best friend as an 'all American girl', was on her way home from seeing her football player boyfriend, the Pittsburgh Tribune Review reported. Troopers found a cell phone with a partly typed message on the screen. State police ... 11/05/2011
Comments 13
Explore Saxonburg, PA
Saxonburg, PA Real Estate Professionals