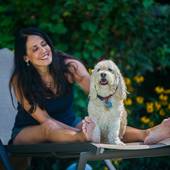 By David Henke, Realtor, Homes Just West of Philadelphia PA
(Long & Foster Real Estate, Inc)
Welcome to Ridley Park PA.  The Borough of Ridley Park contains two SEPTA R2 stops - one in the downtown area and a second in Crum Lynne located in the southwest portion of Ridley Park Borough. The Crum Lynne PA SEPTA R2 Regional Rail Station is located at the overpass of the main line tracks at Chester Pike/ Route 13.  This is primarily a local commuter drop off station with only a handful of parking spaces on the southbound side and no parking adjacent to the northbound side.  This location is also the closest to the Boeing plant but is not within easy walking distance.  The station is located just a few blocks south of Ridley Lake and there are many residential homes within easy walking distance.  This can best be seen in the video:   The real estate market has been very active here ... 05/15/2009
Comments 0

Borough of Ridley Park News, Events and Information -- Where To Find Them