By Michael J. Perry, Lancaster, PA Relo Specialist
(KW Elite )
The Great PA Flavorfest is this weekend at Mount Hope Estate and Winery in Manheim, PA. May 24 & 25 from 11am - 5pm will have food, crafts, and entertainment. Here is the description from the website: "Offering free admission, free parking and free wine sampling, this festival provides a showcase of Pennsylvania's diverse culinary, wine offerings and the finest in PA artisan crafts and is sure to be a weekend of fun and delicious entertainment for the whole family that signals the beginning of summer. Enjoy cooking demos with regional chefs, culinary workshops, food and wine sampling and sales, a mix of musical entertainment, a special children's section, hand-crafted wares by local artisans and much more! FlavorFest is family friendly and perfect for all ages!" Have you heard of Funnel... 05/22/2014
Comments 1 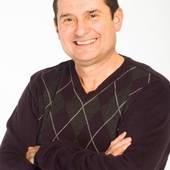 By Cal Yoder, Homes For Sale in Lancaster PA - 717.413.0744
(Keller Williams Elite)
Are you considering buying or selling a home in Lancaster, PA in the Manheim Central School District? There are seveal steps to consider. If buying: Will you qualify for a mortgage? If so, how much. It is important to consult with a qualified mortgage professional. How will you conduct your search? Hiring a professional real estate agent will greatly benefit you as you conduct your search. Determine the factors which are important to you in the home you will buy, e.g. bedrooms, bathrooms, other amenities. If selling: Preparing your home to sell. Determining a fair asking price. Understanding the dynamics of your local market area. Consulting with a real estate professional on how to market your property properly. I invite you to look at the 200+ properties which are currently available ... 03/31/2012
Comments 4

By Cal Yoder, Homes For Sale in Lancaster PA - 717.413.0744
(Keller Williams Elite)
Manheim PA Homes for Sale in February 2012As you consider selling your home in Manheim, PA it is important for you to understand the market conditions for the Manheim area in Lancaster County. Spend some time understanding how many homes might be for sale. Discover the condition and price of other properties.Realize the two things which will be important to discuss with me: Determining a list price. Developing a marketing plan. As you grow in your knowledge of the Manheim marketplace, you will become an active participant in the sale of your home. Contact me, your Lancaster PA Real Estate Professional.  Ten Most Recent Blog Posts Selling your home in Leola, PA You Have Value The Power of Social Media Disbelief Describes my Conversation. What do some real estate agents practice? The Reas... 02/12/2012
Comments 5

By Cal Yoder, Homes For Sale in Lancaster PA - 717.413.0744
(Keller Williams Elite)
If you are buying or selling a home in Manheim, PA, it is important to become an educated consumer. Lancaster real estate is not for the faint hearted, nor for the novice. Realizing and avoiding pitfalls associated with buying and selling real estate in Manheim is very important. Knowledge is power and the most important tool to ensuring your success. Do you understand how to structure a contract to minimize your risk? Are you aware of the benefits of a home inspection? Are there any possible code violations? These questions and many, many more are vitally important ones to make sure you have answers. I say it again, "Buying or selling a home in Manheim is not for the fainthearted or undereducated." I encourage you to begin your search here. On selllancaster.com you will be able to disc... 12/30/2011
Comments 4

By Jeff R. Geoghan, REALTOR, Marketing Manager
(Coldwell Banker Residential Brokerage)
The 2010 Pennsylvania Renn Faire is running through the end of October - still time to make it! We spent a Saturday there recently and here are some images from the day: Yes, this person REALLY swallowed the swords - insane!  His name is Damien Blade. Since we're currently training a Chocolate Lab, I was particularly drawn to the Royal Falconer, an expert trainer of birds of prey.  His show was awesome. Wouldn't be an English fair without a queen - Elizabeth, that is.  She was gorgeous in her outfit.  She had a sense of humor, too! Lots and lots or people made the Renaissance Faire the annual success that it is, and I was pleased with the day that was presented to my family.  Next year?  Yeah, probably...   10/11/2010
Comments 2

By Jeff R. Geoghan, REALTOR, Marketing Manager
(Coldwell Banker Residential Brokerage)
I've been interested in vegetated roofing systems for some time, and last weel I had the opportunity to meet Paul Cook, Pennsylvania sales reps for LiveRoof, and visit his growing nursery in Manheim. Paul took me around the facility and explained how the roof system is grown.  More commonly known as "green roof", these systems are designed to be directly mounted on an existing roof with only a thin root and moisture barrier in place.  The engineering theory is that the layer of soil and vegetation create a cool zone beneath the roof of the building, allowing for reduced heating and cooling costs.  In addition, green roofing absorbs the majority of stormwater before it runs off into municipal drainage arrangements.  LiveRoof, a Michigan-based firm, uses regional growers to provide the ve... 07/27/2009
Comments 4

Why I Buy Local…Root’s Market And More

By Jeff R. Geoghan, REALTOR, Marketing Manager
(Coldwell Banker Residential Brokerage)
Why I Buy Local…Root’s Market And More A guest post by (my wife) Susan Geoghan - July 23, 2009 When Tuesdays dawn with rainy weather, I inwardly groan…but anxiously scan the skies and weather reports looking for an hour when my kids and I might scuttle the two miles to Root’s Market and back.  As much as possible, I try to feed my family and cook with fresh foods.  We are on an ever-improving journey toward the highest quality food to optimize our health and quality of life, and buying at Root’s is a key component of the journey for us.  For the past five years, our family has purchased local produce, dairy, and meat from vendors at the 84-year-old farmers market (the name Root’s is pronounced to rhyme with foots) located just north of East Petersburg along Rte. 72.  Although dozens of ... 07/23/2009
Comments 6

By Jeff R. Geoghan, REALTOR, Marketing Manager
(Coldwell Banker Residential Brokerage)
Listen to this article as an audio podcast. Nestled along Oregon Pike near Landis Valley Farms is Valleybrook Estates, one of the only true condominium communities in Lancaster County.  If you're looking for maintenance-free living with a great location, with low monthly fees, then you should consider Valleybrook for your next home. Built between 1971 and 1974, Valleybrook Estates homes are 1-floor living units set in a quiet, semi-wooded property.  Some of the units are 1-story, and some are 2-story arrangements (that is, 1 unit and 1 unit down).  While the convenience factor is very high, and the 2 bedroom units offer what amounts to double masters, the overall condition of these condos is somewhat dated.  For some reason owners don't seem to want to upgrade the interiors (at least on... 02/10/2009
Comments 2

By Jeff R. Geoghan, REALTOR, Marketing Manager
(Coldwell Banker Residential Brokerage)
365 Hollow View Drive, Manheim, PA 3 Bedrooms 2.5 Bathrooms offered at $249,900 Enjoy the sense of country that you get as you drive out to visit 365 Hollow View Drive. This almost-new home is nestled in a new community, and the floorplan works around the kitchen bar and wide living spaces. A first-floor master suite allows the owners to find a retreat as well. Cathedral first-floor design, the first-floor laundry. Visit 365HollowView.com for more photos and info. jgeoghan@yourlancasterhome.com 717-735-8402 11/07/2008
Comments 1

By Jeff R. Geoghan, REALTOR, Marketing Manager
(Coldwell Banker Residential Brokerage)
365 Hollow View Drive, Manheim, PA, 17545 3 Bedrooms 2.5 Bathrooms Enjoy the sense of country that you get as you drive out to visit 365 Hollow View Drive. This almost-new home is nestled in a new community, and the floorplan works around the kitchen bar and wide living spaces. A first-floor master suite allows the owners to find a retreat as well. Cathedral first-floor design, the first-floor laundry. Visit 365HollowView.com for more photos and info. jgeoghan@yourlancasterhome.com    717-799-0851 Coldwell Banker Select Professionals Click here to search all homes in Lancaster, PA. 10/11/2008
Comments 0

By Jeannie Kontis
Ready to get your Christmas groove on?  Stop by the Market Square in Manheim Boro on Saturday, Dec. 1, 2007, for the Manheim Tree Lighting.  The festivities begin at 7pm.  There will be community caroling, vocal performances and dance numbers.  There will also be a brass band playing comprised of students and community musicians.  The Tree Lighting, taking place beneath the nostalgic drape of Christmas Lights on Market Square in Manheim Boro, is a wonderful and festive way to kick off the holidays.  Manheim is within the Manheim Central School District.  You know what those who live in Manheim say ...      Manheim... Many of us call it home. To visitors, it feels like home.Visit  Homes in Lancaster PA -- Real Estate in Lancaster County, for Homes for Sale in Manheim, Manheim Township, a... 11/25/2007
Comments 2

By Brian Schulman, Lancaster County PA RealEstate Expert 717-951-5552
(Coldwell Banker Residential Brokerage, Lancaster PA)
Historic Manheim, PA The town of Manheim dates back to before the American Revolution.  In 1734 a tract of land was given to William Penn's secretary, James Logan, by William Penn's widow Hannah and sons. The tract, in Donegal Township, which in 1741 became part of Rapho township, was purchased by Henry Stiegel in 1762. Stiegel, who was a successful ironmaster, laid out the plan for Manheim, with an open space in the center of town which is now known as Market Square.  On the square Stiegel built a mansion, and also a manufacturing plant where he experimented in glassmaking. Glass was blown in this factory from 1764 to 1774.  Stiegel had customers in New York, Boston and Philadelphia as well as throughout eastern and central Pennsylvania.  He became so successful and had such an elabora... 05/11/2007
Comments 0

By Jeff R. Geoghan, REALTOR, Marketing Manager
(Coldwell Banker Residential Brokerage)
The borough of Manheim, PA is one of the oldest in Lancaster County.  Strategically located between Lancaster and Lebanon astride State route 72, the borough boast many historic homes.  Surrounding the town are miles and miles of pristine farmland, dotted with silos and meadows with grazing animals.   The area is home to one of the largest East Coast auction houses as well, the Manheim Auto Auction which lies just south of town.  Also near town is Kreider Farms, which produces incredible ice cream and hosts a restaurant along Rte 72.  The Manheim area puts on an annual farm show during the show season (Sept-Oct).  Local residents are fiercely proud of their high school teams, particularly the football squad.The manheim pa real estate market is a showcase of homes of all sorts, from hist... 05/10/2007
Comments 2

By Brian Schulman, Lancaster County PA RealEstate Expert 717-951-5552
(Coldwell Banker Residential Brokerage, Lancaster PA)
History of Mount Hope Estate and Winery, Manheim PA The Mount Hope Estate and Winery is located off Route 72 just south of the Pennsylvania Turnpike.  Home of the well known Pennsylvania Renaissance Faire, its scenic grounds were once home to five generations of the Grubb family.                                    Peter Grubb established an iron furnace in 1784.  His son, Henry Bates Grubb, built the original Federal style mansion in 1800.  The estate's name was inspired by nearby Hopewell.  Daisy Elizabeth Grubb enlarged and remodeled the mansion in 1895, giving it its present Victorian look.  She was the last of the Grubb family to live in the mansion.  After Daisy Grubb's death in 1936, Mount Hope was subdivided and sold out of the family.  35 acres remain in the present estate. Moun... 05/06/2007
Comments 0
Explore Manheim, PA
Manheim, PA Real Estate Professionals