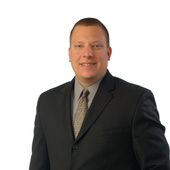 By Jan Gaweda, BUY SELL FIX FLIP RENT
(Realty Mark CityScape- BUY SELL FIX FLIP RENT)
My KW office Royersford is moving to Limerick PA and recently had a barbecue. I am in a rather large office with over 100 agents and it was nice to see everyone out. With the daily grind I forget how many people rely on the real estate industry. The new office will open to the public in September 2008. We are still waiting on Pennsylvania to approve our new office building for Real Estate business. Here is a slide show of pictures of the BBQ at my new building in Limerick, PA. Thanks for checking my post out. Jan Gaweda www.JanGaweda.com 07/29/2008
Comments 0 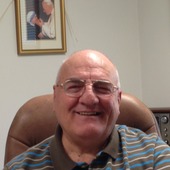 By Fran Gaspari, "The Title Man" - Title Insurance - PA & NJ
(Patriot Land Transfer, Inc.)
My place of business is Limerick, Pennsylvania...until recently, Limerick was a rural suburb of the boroughs (towns) of Pottstown and Royersford! Dotted with large dairy, cattle, and grain farms it has become the target area for both residential and commercial expansion!One of the unique occurrences which I would like to address is a religious event...the Creation of a new Roman Catholic Parish called 'Blessed Teresa Of Calcutta'...named of course after the Roman Catholic nun who served the poor and dying of Calcutta and who died in 1997!Her cause for canonization as a Saint by the church is imminent!This new parish, however is an amalgam of two very old and very humble congregations brought together in sacrifice and love...St. Peters of Pottstown and St. Clare of Linfield!I have become... 02/16/2008
Comments 2

The American Dream...How To Jump In!!!

By Fran Gaspari, "The Title Man" - Title Insurance - PA & NJ
(Patriot Land Transfer, Inc.)
I am addressing this post directly to those who have not as yet acquired their own home...and have the desire! One of the most important aspects in the home buying process is the DESIRE to achieve the American Dream of home ownership! If you have this goal then let's discuss some ideas!Perhaps you're renting presently...do you have a good rental history...do you make your rental payments on time or early...that's good...because lenders consider your creditworthiness when deciding whether to approve your mortgage. Have you saved any money to be used for a down payment and reserves...do you operate within a budget...if your budget is pretty tight and your monthly debt is somewhat high, can you eliminate a car payment, payoff a student loan, or reduce your monthly credit payments. These ar... 11/09/2007
Comments 10

By Fran Gaspari, "The Title Man" - Title Insurance - PA & NJ
(Patriot Land Transfer, Inc.)
On a recent post of mine it was suggested that I explain a little about the area in which I work! Some of Limerick's redeeming qualities and distinguishing characteristics.First of all, Limerick is a rather rural suburb of Philadelphia, about 25 miles northwest. It is located in Montgomery County, one of the most populous and prosperous counties outside Pennsylvania's 2 largest cities---Philadelphia and Pittsburgh. Limerick  was comprised of large contiguous farms, some tracing their origins back to William Penn himself, for whom Pennsylvania was named. In fact, all of Pennsylvania was part of Penn's Grant bestowed upon the English Quaker by the British Monarchy. It was William Penn who 'founded' Pennsylvania. Oddly enough, William was not the first governor of the state---his wife Hann... 09/07/2007
Comments 6
<< Previous 1 2 3 Next >>
Explore Limerick, PA
Limerick, PA Real Estate Professionals