By Jackey Mazzocco
(Howard Hanna)
I recently helped the nicest couple sell their home!  They were in a hurry to sell but didn't want to take less than what they thought it was worth. (of course!) I met and interviewed with them in July.  I was competing for the listing with another broker- who had more experience in the actual city of Erie.  I was delighted when they chose me to represent them!  I held many open houses, mailed flyers, had an agent open house and did everything I could think of to bring in an offer.  Six long weeks went by and I was feeling very bad for my sellers, as I knew they were planning on leaving for Florida by the end of October. I decided to try another open house and it worked!  A lovely lady came through with her daughter and put in an offer two days later!  It was a cash deal and so we close... 10/20/2008
Comments 13

By gretchen wheeler
(Creative Spaces)
Erie Pa couple breathes new life into a house that was formerly foreclosed on. Randy and Gretchen Wheeler purchased this home from a bank, completely remodeled it, staged it and had a contract on it after only 7 weeks on the market! Gretchen, owner of Creative Spaces Home Staging and Interior Design in Erie realizes the importance of home staging, especially in today's market. "Staging a home, especially a vacant home, helps to create a warm and inviting feeling for a buyer when they look at the home", she says. "I always stage the homes we renovate, from choosing paint colors to furnishing and accessorizing the home". Home owners and realtors in the Erie area are also realizing the importance of having a home staged, and have called on Gretchen to get the job done for them. "The best ... 09/26/2008
Comments 9

How many of us remember to "stage" ourselves?

By gretchen wheeler
(Creative Spaces)
Today I took a much deserved day off!  The only thing I had to do was go to a Dr. appt. I didn't feel like taking a shower , and I wanted to just throw on sweats, but that little voice inside thought otherwise, so I showered, did hair and makeup and wore grown-up clothes. Boy was I glad I did! As I casually mentioned to the doctor what I did for a living, he got all excited and started talking about wanting new paint colors for his office and different carpeting. His nurse has been doing alot of work on her house getting it ready to sell and asked for one of my cards so she could call me to stage it. NOT that I'm saying we must always be dressed up, but I'm sure my impression on them was much different than if I had not. I also feel more confident when I have "staged" myself effectively... 08/28/2008
Comments 18

By gretchen wheeler
(Creative Spaces)
My husband and I "flip" houses and I also do staging and redesign. We have a home we are planning to list for sale next week. Real Estate staging is basically non-existent in my area, and I'm working to change that! I had thought  of creating a logo saying "professionally staged home by Creative Spaces" that would be in any advertising and a small sign to go next to the realtors sign at the house. I'm wondering if anyone's done that, and is it something I want to advertise? Do you think it could be seen as a negative to other realtors and the public? Any input would be appreciated-thanks! 08/02/2008
Comments 22 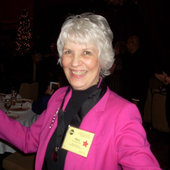 By Mary Yonkers, Erie/PA Real Estate Instructor
(Alan Kells School of Real Estate/Howard Hanna Real Estate)
Sunday/Day of Rest/Day of Leisure   Yes right!  I said Day of Rest/Day of Leisure.  If you are like many busy real estate agents, you spend most of your weekend with clients or hosting an open house because that is when the buyers/sellers are available.   Is it possible to have time off in our chosen field of real estate and still be successful?  YES, YES, YES.  But it takes a bit of work and dedication to make it happen.   My advice to new and experienced agents was to work three weekends per month AND schedule one weekend for yourself & your family.  Yes I know, sometimes it is harder to stick by this decision than most other we make in this business because we fear losing a few dollars.  However, I learned the hard way early in my career.  I was so anxious to succeed that I almost bu... 07/20/2008
Comments 3

Why every home on the market needs to be staged

By gretchen wheeler
(Creative Spaces)
"Home Staging" is a term that means many things to many people. When people ask me what I do as a home stager, I could come up with 20 different answers depending on the home I'm working in at the time.  HGTV has been a great help for getting the word out on home staging, but the shows ( of course!) go for the most dramatic changes, bringing in full rooms of furniture and  accessories for quite some money. Not that  that certainly isn't a great part of what we do (such fun!), but something as simple as clearing out clutter, simplifying a room, changing a paint color, can make some  big changes with little investment My definition of staging is "the art of accentuating the positives of a home while minimizing the negatives to make the home appealing to the largest amount of buyers as pos... 06/28/2008
Comments 14

By Sonja Thompson
(Howard Hanna)
I just want to let people know about where I live. Erie , PA id located on Lake Erie and home to Pres Isle State Park which is known for the best sunsets. Erie is a great place to live. Erie has four colleges Penn State University Behrend Campus, Gannon University, Edinboro University and Mercyhurst College. There activities for all ages There is the Erie Zoo, Tom Ridge Enviromental Center, Waldameer Amusement Park which is currently constructing one of largest wooden rollercoasters. Erie is home to historic Warner Theater and the Erie Playhouse which hosts various theatrical events. The housing market is steady. Erie has not had drastic changes in housing market due to the market "crisis" that has been portrayed in the media. Our inventory of houses is low can not sustain the flux of b... 03/31/2008
Comments 2

By Dennis Weed
(Pennington Lines Real Estate)
Steris Corporation announced they closed on the sale of their 525,000 sq ft manufacturing complex on 25 acres in Erie, PA. Industrial Realty Group (IRG) purchased the property for $5 million. Steris will lease 100,000 sq ft for the administrative and engineering staff it maintains in Erie. The IRG venture in Erie, which is called Erie Commerce LLC, is working on finding tenants for the rest of the property. They said the Erie area has a 9 year inventory of industrial properties based on recent leasing and sales activity. 01/05/2008
Comments 0

By Dennis Weed
(Pennington Lines Real Estate)
Great news. Someone signed a lease to move their business into the first floor of the Boston Store. The 1033 sq ft office space was leased for $15.55 sf plus gas and electric. Suites of 2032 sq ft, 5500 sq ft and 7696 sq ft are still available. In more great news, someone bought one of the three new homes built by Housing and Neighborhood Development Service (HANDS) in the Little Italy area. The property at 444 W 17th St sold for $79,900. 12/09/2007
Comments 0

By Jim McCall
(PRO REALTY INC)
NEWBIE to active rain, but great info and networking !!!  added Erie and PA. info links that will connect you to great info on schools, erie tourism venues and much more!!!  Check it out. 11/05/2007
Comments 12

By Dennis Weed
(Pennington Lines Real Estate)
Press Release - Erie, PA The Erie Area Film Makers present the First "Films For Food" Drive to benefit The Second Harvest Food Bank of Erie, Pa. The event, being held November 9-10 at the Historical Roadhouse Theater in Erie, PA, features 24 Continuous Hours of films produced by Erie Area Film Makers. Admission to the Theater is simply a Donation to the Second Harvest Food Bank in the form of cash or a non-perishable food item. Films to be featured include "Fist Of The Vampire" by Len Kabasinksi, "Chasing Darkness" by Jason Hull, "Virgin Pockets" by Paul Gorman as well as the World Premiere of "Aspiring Psychopath" by Ryan Cavalline plus films by local favorites Dustin Austin, Monster Mark, Matt Detisch, Lisa Seelinger and many more. Many of the Film Makers will be on hand with members... 10/21/2007
Comments 0

By Dennis Weed
(Pennington Lines Real Estate)
City of Erie inspectors are finding many properties that should be single family homes have been converted to multi-unit rentals. Erie City Council will vote this week to grandfather those properties to comply with zoning regulations to allow them to remain rentals. The stipulation is that you must have the property registered with the city and pay the "Landlord Tax." 10/17/2007
Comments 1