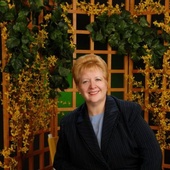 FREEDOM OF SPEECH IS ALIVE AND WELL IN NORTH EAST PA

By Jayne Vaughan, ABR,SRS,CNE
(Re/Max Home Team)
Monday August 24, 2009 over 200 citizens exercised their Constitutional Right to Free Speech at a Town Hall meeting in Dickson City,Pa with US Congressman Chris Carney.     Contrary to other media reports, this gathering was well behaved and orderly.   No one was turned away.  Those with disabilities were able to access the building easily.   Congressman Carney started on time and fielded questions and comments from over 20 citizens.   There was the usual clapping for important remarks from the crowd but nothing unruly. The attendees were well versed in the health care issue.  The questions asked were thoughtful and probing.  The consensus from those in attendance indicated they did not favor the current health care reform bill as presented.    Points on both sides for the Health care d... 08/25/2009
Comments 1

By Bonnie Vaughan, CNE SFR - Buyers/Sellers - Lackawanna & Surroundin
DUNKIN DONUTS DICKSON CITY PENNSYLVANIA I know, you think if you've seen one DUNKIN  DONUTS you've seen them all.  If you have not been to the DUNKIN DONUTS in Dickson City Pa owned by Sophia and Jerry Fives, you have only seen the ordinary.  Sophia and Jerry take extreme pride in the quality of their product, friendliness of the staff and cleanliness of the store.   When we travel we stop at every Dunkin Donuts on every highway no matter what state we are in.  The #1 Award is reserved for our favorite DUNKIN DONUTS in Dickson City. My sister and I start every morning at the DUNKIN DONUTS drive-in.  It is the most efficient and speediest one I have ever seen.  The line is often out to the street and blocking traffic. Truly the "IN" place to be in Dickson City on any morning. The gals at... 08/03/2009
Comments 1

By Jayne Vaughan, ABR,SRS,CNE
(Re/Max Home Team)
Mr Fixit Service Station is conveniently located on Main Street in Dickson City Pennsylvania.  Mr Fixit is owned by Mike Scripp.  He has been the proud owner for 15 years.  Mike is married and the father of 4 children.  One son joins Mike in working in the business.     We have been loyal customers of MR FIXIT for years.  Mr Fixit Service Station features Gulf oil products.  We find that pricing is always competitive.  No sense running around town.  We like the full service pumping feature.  No more getting out of your car.        Pull in under the canopy and a cheerful attendant will take care of your fueling needs for no additional charge.  All major credit and debit cards are accepted. Select from gasoline or Diesel. Mike offers a full service repair shop for domestic and foreign car... 08/03/2009
Comments 0

By Jayne Vaughan, ABR,SRS,CNE
(Re/Max Home Team)
STEVE PRONKO DIAMONDS has been serving our mid-valley community for 80 years.  Three generations of the Pronko family have proudly answered the needs of their home town. You can be assured of finding a large selection of diamonds at STEVE PRONKO'S.  Diamonds are a specialty with this family jeweler.  Whether you are in the market for something simple or something lavish, the selection is sure to please you.  We enjoy shopping here for holidays or special occasions.  We have always found just the right gift in our price range. The selection goes from simple to breathe taking.  No matter what your budget you are sure to find an unusual piece to make just the right statement. The service is excellent at STEVE PRONKO DIAMONDS.  We enjoy browsing around before we settle in on our serious sea... 08/01/2009
Comments 0

By Bonnie Vaughan, CNE SFR - Buyers/Sellers - Lackawanna & Surroundin
FIRST TIME HOME BUYERS. YOU NEED TO HAVE THE HOME OF YOUR DREAMS UNDER CONTRACT BY OCTOBER 31, 2009 WHY? THAT ALLOWS FOR SUFFICIENT TIME TO GET YOUR PROPERTY CLOSED BEFORE THE END OF THE YEAR. DUE TO NEW APPRAISALS REGULATIONS YOU MUST ALLOW AT LEAST 60 DAYS TO GET A LOAN CLOSED.   SEARCH FOR PROPERTIES FREE ON OUR WEBSITE www.callthesisters.com       07/26/2009
Comments 0
Explore Dickson City, PA
Dickson City, PA Real Estate Professionals