Real Estate Agent
Jon Wnoroski
I am: An experienced professional with years of helping people achieve their goals. A former educator and coach who knows how to achieve success. Among the 1% of Realtors with ePRO certification.
Cell: (330) 703-4602
Office: (330) 928-1775
More Info 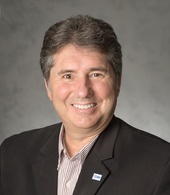 By Duane Johnston, Warren, Youngstown and North East Ohio Realtor
(Cutler Real Estate)
Uniontown Homes for Sale   Are you looking to buy a home in Green/Uniontown Ohio?   You can search all homes and condo's for sale here!!!     Are you wanting to get some information about the area you can go here  City of Green  to get information on schools, local businesses, community, golf courses and much more.   05/20/2013
Comments 1

By Caren Wallace, Portland Caren Real Estate
(Premier Property Group LLC)
The Green, Ohio real estate market has plenty of homes in all price ranges for the saavy buyer to take advantage of this spring! As you will see in the report there are alot of pending home sales yet to be closed, but only one home closed in February. This tells me that there are many home sellers in Green, Ohio that are anxious to sell and the buyers will be losing out if they don't get out there and buy this month. The tax credit is still available to first time buyers and move up buyers if they get under contract by April 30th! So what are you waiting for? The interest rates are still at or below 5% fixed...it is a no brainer for buyers! If you want to live in Green, Ohio and want a great deal, call me today to find your dream home in Green, Ohio!! ACTIVE LISTINGS IN GREEN.............. 03/08/2010
Comments 5

By Caren Wallace, Portland Caren Real Estate
(Premier Property Group LLC)
Our beautiful new office will be the center of attention on Tuesday February 9th (11-3pm) We would like to extend an invitation to the entire Green/Akron/Canton Ohio area to join us in the celebration of our new office! We are offering food/drinks and great fellowship! If you are in the area please stop in and say Hello!!   Stouffer Realty Green 1606 E. Turkeyfoot Lake Road (Rt. 619) near the intersection at Massillon Rd. Akron, Ohio 44312 02/08/2010
Comments 7

By Caren Wallace, Portland Caren Real Estate
(Premier Property Group LLC)
Stouffer Realty is growing, and we will be opening our Green, Ohio office in November. We are excited to sxpand to the Green, Ohio area to service our friends in the southern Summit County area! Stouffer Realty is also very proud to announce that we were voted #! real estate office in the Akron Beacon Journal Best of the Best Contest! That was voted on by more than 7000 people in the subscription area! Stouffer Realty is very proud to announce also that we are enjoying steady business in this soft real estate market! We are a small company but growing to service the Green, Ohio market and beyond! Call me today with all of your real estate needs....real estate is the language I speak! 10/21/2009
Comments 10

By Jon Wnoroski, Summit County Realtor
(America's 1st Choice RH Realty Co., Inc.)
Residential home sales in Green, Ohio increased slightly from the period January - February 2009.  January sales for 2009 were double the sales recorded in January 2008 while February sales were slightly lower in 2009 than they were for the same period in 2008. Total sales for January and February 2009 were slightly higher than the same period in 2008. Typically, sales in December and January have been low in this market with increased sales beginning in the second month (February) of each year.  2009 sales for the first two months of the year exceeded sales recorded in each of the previous years going back to 2005.  Even though this early trend is positive for the Green, Ohio market, sales data for months to follow will need to be monitored to determine if a positive market trend is b... 03/10/2009
Comments 6

By Jon Wnoroski, Summit County Realtor
(America's 1st Choice RH Realty Co., Inc.)
Green High School recently performed the musical "Crazy for You."  Each year the school displays the talents of their students by staging a performance during the fall and spring.  Anyone who attends one of the performances put on by the school is never disappointed.  I have been going to Green High School performances for several years and thoroughly enjoy them.  It is amazing how much talent these young men and women have and how well they perform in the roles they have been cast.  I can remember a lot of years ago (when I was in high school - OK  quite a bit more than a lot of years ago) the high school plays my school put on.  They didn't come close to what schools are doing today.  The kids performing for their schools today are multi-talented; and their talent level is truly high... 11/25/2008
Comments 3

By Jon Wnoroski, Summit County Realtor
(America's 1st Choice RH Realty Co., Inc.)
As a former school administrator we were always concerned about the use of alcohol among members of our student body.  We were concerned for student safety and the values of use/abuse of chemical substances. Our local high school (Green Local Schools) is taking a proactive approach in dealing with potential chemical use (especially alcohol) among students attending school events.  Local officials, and in particular our principal Joe Nicklos, will administer breathalyzer tests before permitting students to enter their annual homecoming event.  The student council played a significant role in promoting and implementing the tests; an obvious measure of their high level of maturity and responsibility.  I am always impressed by the "forward thinking" of young people in our community and appl... 10/08/2008
Comments 3

By Jon Wnoroski, Summit County Realtor
(America's 1st Choice RH Realty Co., Inc.)
Congratulations to Marty Misbrenner. Marty was recently inducted into the Ohio Soccer Hall of Fame.  This honor is well deserved for a man who has dedicated his adult life to the promotion and development of the game.  I have known Marty for several years as a soccer associate.  He is a genuinely dedicated individual who has grown up with the game and has shared his knowledge to the benefit of many young people in the Akron area.  I have played against and with Marty in years long gone by in friendly games.  As a player, he was among the best in his age group and as an individual you will find none finer.  He is a pleasant man who approaches the game with intensity and is a friendly person to all he comes in contact with.  I have always known him to nurture young players and coach from ... 10/02/2008
Comments 0

By Jon Wnoroski, Summit County Realtor
(America's 1st Choice RH Realty Co., Inc.)
As a former educator and liaison to Summit County Juvenile Court I took great interest in the Juvenile Diversion program offered by the City of Green under the direction of the Summit County Sheriff's Department and Drew Alexander, Sheriff, Summit County Ohio. The Juvenile Diversion program is an effective too for "first-time offenders."  It takes into consideration that youngsters can make an error in judgment and find themselves in a bit of "hot water" as a result.  It is not necessarily intended for dealing with youngsters seriously involved in gang activity or "hard core" offenders; the juvenile court system will deal with these elements. The program is well-founded philosophically and strives to make youngsters responsible for their actions without having them have a record in the ... 09/21/2008
Comments 2

GREEN, OHIO... A great place to raise your kids

By Kevin Corsa, H.I.S. Home Inspections, Stark & Summit County, OH Home Inspector
(H.I.S. Home Inspections (Summit, Stark Counties))
Green, Ohio is a small incorporated city, which lies about 1/2 way between Akron and Canton. It was formed as a city in 1991, out of several small hamlets, (most notably, Greensburg). It was the strong deisre to keep the Green school district separate from the City of Akron's that was the driving force behind forming the city. Green had a population of  22,817 as of the 2000 census, but has grown considerably since, to well over 27,000 currently. Green is unique in that, although a city, does not have it's own postal address zip code, but relies on 5 other communities for mailing address'es (Two Akron, one Clinton, one Uniontown, and one North Canton zip code.) Green also relies on the Summit County Sheriffs for police support, although they do have two of their own fire departments. T... 07/30/2008
Comments 3