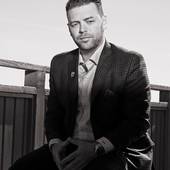 By Kris Cooper
(RE/MAX Go Beyond)
Spring 2010 Real Estate Investment Outlook Jun 3, 2010 10:04 AM It may be too soon to pop the champagne corks, but investor sentiment is improving as economic news turns positive and a bottom nears for commercial real estate markets. Sixty percent of respondents indicate they plan to increase their commercial real estate holdings over the next year. That is a more bullish sentiment compared with the 51% who voiced the same opinion in the fourth quarter of 2008 when property values were dropping rapidly amid the credit crisis. Respondents who do plan to acquire property in the next 12 months say they expect to boost their portfolios by an average of 25%. Click here to download entire report Spring 2010 Real Estate Investment Outlook Visit our blog at The Home Finder Network Blog 06/09/2010
Comments 0

By Kris Cooper
(RE/MAX Go Beyond)
The Federal Deposit Insurance Corp. (FDIC) has confirmed that commercial real estate loans played a significant role in the failure of five banks closed by the Comptroller of the Currency and state agencies over the Memorial Day holiday. Three Florida banks, along with a California and a Nevada lender were shut down. All five institutions reopened on Tuesday after other banks assumed their deposits. To date this year, 78 banks have failed, and the number of failures for 2010 is expected to exceed last year’s total of 140, says FDIC spokesman Greg Hernandez, in Washington, D.C. “So far, in the failures this year of community banks, commercial real estate loans have been playing a large role,” says Hernandez. “It looks like all three Florida banks did experience significant losses in thei... 06/03/2010
Comments 0

By Kris Cooper
(RE/MAX Go Beyond)
More and more, buyers and sellers are not able to physically participate in the closing. This calls for the use of a Power of Attorney. We have heard from a couple of banks (and expect others to follow) that they are requiring the poa to sign the names and then write out Attorney-in-Fact each time a signature is needed. Keep in mind this will add a few extra minutes to the closings. Also remember, we will need the ORIGINAL POA. (We cannot record a copy) If a Trustee cannot attend the closing, most trusts will not allow a Trustee to assign a P.O.A. You may want to consider assigning a new Trustee instead. Remember, try not to schedule closings at the end of the month. You will want to anticipate delays and schedule any closings where the tax credit is expected at least a week prior to Ju... 05/31/2010
Comments 0

By Kris Cooper
(RE/MAX Go Beyond)
Mortgage rates continue to remain at record levels…30 year fixed rates averaging 4.875% at week’s end! Product of the week…FHA 7 Year ARM @ 4.125% Purchase with as little as 3.5% down payment and lock into a rate for 7 years at 4.125%...great product for first time home buyers or those looking to move up with minimal down payment! Have a great holiday weekend. Visit our blog at The Home Finder Network Blog 05/31/2010
Comments 0

By Kris Cooper
(RE/MAX Go Beyond)
New Listings 228 Back on Market 43 Price Increases 6 Price Reductions 211 Pendings 200 Solds 120 Expireds 30 Inactives 40 The last weekend of the tax credit produced a high water mark for pending activity since we started reporting these numbers last summer. 200 pendings over the weekend shattered the previous high mark by over 20 homes, 181 in October 09. The Home Finder Network was successful in helping dozens of buyers and sellers come together during the tax credit period. We have been expanding our database and are in the process of working several other projects. We want to extend our gratitude to all that have been apart of our business during the past 12 months and we look forward to helping families for years to come. Visit our blog at The Home Finder Network Blog 04/27/2010
Comments 0

REO banks requiring use of their title company

By Kris Cooper
(RE/MAX Go Beyond)
Banks selling their REO property often require that the buyer use the bank's title company for the closing. Is this intelligent? The Bank's foreclosure title agencies seem overwhelmed and have been missing liens in the foreclosure actions. Unfortunately, if they handle the closing afterward they often don't double-check their work. They simply update the title, looking for new items which may have shown up. This means they can't tell if they missed something or not. Here are just a few bank-owned issues we have encountered in the last couple months: 1. A second mortgage for $62,000 was missed. 2. A second mortgage for $110,000 was missed. 3. A Federal Tax lien for $10,000 was missed. 4. The bank took a deed from the owner, then tried to sell it with a $1,200,000 lien still on the proper... 04/27/2010
Comments 1 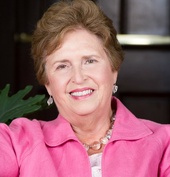 New Year's Eve in the Park!

By Saralou Durham, Cincinnati Perspective Hyde Park,Anderson,Mt. Adam
(RE/MAX Preferred Group - Cincinnati Real Estate Team)
FAMILY NEW YEAR'S EVELooking for a fun activity-packed event for the family this New Year's Eve? Come enjoy the evening at Woodland Mound in Anderson Township. This year's event will be at the beautiful Sweetwine Banquet Center at Woodland Mound. Children between the ages of 2-12 can register for $5.00. Adults with a pre-registered child are free and can participate in the activities. Goodies bags are for pre-registered children.Registered children not only leave with wonderful memories of Woodland Mound, but are also given a goodie bag which include items such as literature and identification books from the Ohio Department of Natural Resources. Scheduled activities will be: 6:00 pm - 9:00 pm Ongoing crafts and activities such as face painting and balloon sculptures by Sho-Lan Entertain... 12/16/2009
Comments 0 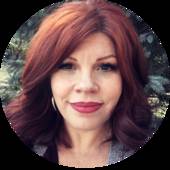 By Teresa Meyer, Home Staging Cincinnati-OH.
(Cincinnati Home Stager)
Stage A Star had the privilege of working with CFS Homes, Inc. to stage one of their beautiful market homes a few weeks ago.   This gorgeous ranch home is located in Anderson Twp., Ohio, a suburb of Cincinnati.  Take a peek at the final staged product:(photos by Jenny Walters Home Imagery)   Interested in staging your home in the Cincinnati area?  Whether it is a luxury market home, family home or investment property, Stage A Star has the experience and resources to stage your property and help get it SOLD!   Contact Teresa Meyer to schedule your personal staging evaluation: 513-379-5488 or email: teresameyer@fuse.netWe look forward to talking with you about how staging can help get that offer! 10/27/2009
Comments 7

By Nancy Staley
(Staley Trans4mations)
My last entry was notifing you of our upcoming "Come and See" for the Anderson property we staged.  We still plan on holding the event but I wanted to update you on the outcome. We first visited this home in September.  This home had many taste specific color choices and lacked upgrades.  We made our recommendations, implemented them, but the home owners realtor suggested we wait on the staging.  Three months later, we were called by the home owner.  He decided he wanted it staged.  We staged the property and the same day we finished, he recieved an offer.  The house is now slated to close in 4 weeks!  You can view this property at www.StaleyTrans4mations.com/Trans4mationGallery.html Let me know if you want us to come and sell your home fast! Nancy 01/24/2008
Comments 4 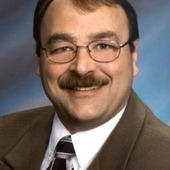 By James Gordon, REALTOR, PBD SFR SRS
(Sibcy Cline Realtors®)
This is the last week of our talent show and they saved the best for last. My broker does things like this to make it more enjoyable to work with them.  Please click on the link below to view the video. As always any coments will be forwarded to the proper people. Thanks a lot and enjoy the video.http://www.youtube.com/watch?v=1fi1aibQSEE  www.Find1Home.com 03/07/2007
Comments 0
<< Previous 1 2 Next >>
Explore Anderson, OH
Anderson, OH Real Estate Professionals