By ERA Justin Realty, We are here for you
(Houses For Sale Rutherford NJ)
Listing Details Location: 58 Quarry Dr, Woodland Park, NJ MLS#: 1500661 Community: Four Seasons (55+ community) Style: Champagne townhouse Beds: 3 Baths: 3 full Home for Sale This is a truly spectacular Champagne Courtyard home set in resort style living at the Four Seasons Great Notch Spa and Club- 55 & Over Gated community . It is ameticulously maintained 3 bedroom 3 bath unit  with so many upgrades and amenities throughout. As you enter this gorgeous, bright, airy home you are engulfed with the spaciousness and open feeling. The Great Room and Living room have 18' ceilings and tons of windows. There is a gourmet kitchen with top of the line appliances, eat- in nook , den , patio, office, full bath and Master Suite with walk-in closet all on the first floor.                         ... 01/20/2015
Comments 1

The forgotten castle of Silk City

By Jim Albano, Team - Jean-Marie Vantuno / Realtors North Jersey Real Estate
(Prudential Damiano Realty )
Lambert Castle sitting atop Garret Mountain in Paterson NJ and overlooking the former "Silk City" below is a site familiar to most who have lived in the area or who travel daily on Interstate Route 80. Members of the Passaic County NJ Historical Society hope that the recent decision by Congress to designate the Great Falls of Paterson a national historic park will help to bring renewed interest in Lambert Castle. The castle which is made of brownstone, was built by area silk baron, Catholina Lambert in 1893. The Passaic County Historical Society offices and county archives are now housed at the location. The castle is open to the public Wednesday - Sunday afternoons from 1 -4 pm. In 1791, Alexander Hamilton created the first planned industrial community of the US in Paterson. Hamilton b... 03/28/2009
Comments 3 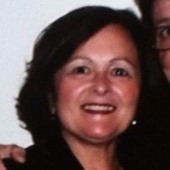 By Dolores "Dee" Mauriello, Realtor, Homes For Sale Wayne NJ
(Keller Willaims )
West Paterson renamed "Woodland Park "New Jersey  The citizens of West Paterson, located in Passaic County New Jersey voted on November 4, 2008 to change the town name to Woodland Park. The Borough's initials remain "W.P.", not to be mistaken for nearby William Paterson University, also known as "W.P.U.". Changes Underway. As reported by the Record Newspaper last week, workers began placing "Woodland Park" decals on municipal vehicles. Borough employees have been instructed, as of January 1, to answer the phone using the new name. The borough's Web site www.westpaterson.com will also be revamped to reflect the new name change, redirecting all visitors to a new Web address for Woodland Park. Education Students in the public school, from kindergarten through eighth grade, are educated by ... 12/31/2008
Comments 3

By Jim Albano, Team - Jean-Marie Vantuno / Realtors North Jersey Real Estate
(Prudential Damiano Realty )
Well...it's official. The Borough of West Paterson is disappearing. As of December 17, 2008 the residents of this community will be residing in Woodland Park, NJ. The recent name change vote, controversial for sure, passed by a measure of 2136 for - 2111 against. That's a mere 25 votes. So residents continue to be pretty much equally divided either for the change or against it. While there is a new effort afoot to reverse the change, the measure will be moving forward and the new name will become official. Borough officials have stated that they will implement the name change on signage, municipal buildings, vehicles, and stationary gradually on an as needed basis. This certainly will add to the confusion a bit. So if you're interested in moving to West Paterson....I mean Woodland Park.... 12/14/2008
Comments 11