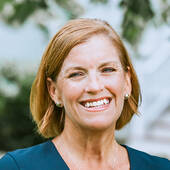 By Melanie Cameron, The Cameron Team
(Coldwell Banker Sea Coast Advantage)
﻿What direction is the real estate market heading? Melanie Cameron takes a look back at local trends and shares what she thinks we can expect as we finish out 2021 and head into 2022. 0:00 Intro 0:34 Tracking the Market 1:51 Covid's Affect on the Market 3:04 The Slow Recovery 4:02 Prices and Inventory 4:31 Housing Bubble & Market Correction 5:43 Interest Rates 6:24 Questions or Comments? What do you think we'll see in the coming months? Share your opinion in the comments section. 10/22/2021
Comments 2

By Melanie Cameron, The Cameron Team
(Coldwell Banker Sea Coast Advantage)
﻿ The temperatures are cooling in the Wilmington area but is the local real estate market as well? Realtor Melanie Cameron shares how many homes were listed and sold last week in New Hanover County, Pender County, and Brunswick County. These are stats you want to keep an eye on if you're thinking of buying or selling a home in the greater Wilmington area. Don't forget, you can always get an idea of YOUR home's current value on our website. Or give Melanie a call for a personal look at your home's value: 910-202-2546. If you want to stay up-to-date on the Wilmington real estate market, subscribe to our YouTube Channel or follow our Facebook page to see all of our new videos as soon as they are posted. We also have a blog on our website filled with useful tips, so make sure you check that... 10/22/2021
Comments 2

By Gary Traflet
(Prudential )
Parsley Elementary School located in the Masonboro community has just received an award from the state called THE REAL DEAL. REAL DEAL stands for REAL Dedicated Educators, Administration, and Learners. This award was only given to one school in all of eastern North Carolina and 1 of only 10 issued for the entire state.To me, Real Deal means that you have a good balance in place. A balance between the administration, the teachers and assistants, and a strong parental involvement. Combine this with a successful teaching program at our local university at UNCW, and we have a lot of REAL DEAL programs in motion throughout the county.Parsley Elementary School is located in the Masonboro community of Wilmington, NC.  Parsley has been one of the largest elementary schools in the county.  Anot... 03/31/2007
Comments 0 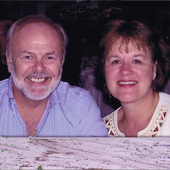 Fun Things to do in Wilmington

By Dick & Sandy Beals
(Wilmington Real Estate 4U Wilmington, NC)
Fun Things to Do When You Live in Wilmington1. Go for a dinner cruise - our riverboats will take you on moonlight or sunset cruises up and down the Cape Fear River. These cruises are narrated or you can dance the night away 2. Visit the Cape Fear Museum, the Railroad Museum, the Bellamy Mansion Museum, St. Johns Museum of Art or the Wilmington's Children's Museum where you can let your imagination run wild or just discover the wealth of history in your new community 3. Walk through the grounds of a lovely plantation with its magnificent trees and its thousands of azaleas at Orton Plantation or take a trip back to the 1800s at Poplar Grove Plantation where you can attend such events as the Medieval Times Festival.. 4. Take a tour of Screen Gems Studios and see why they call us 'Wilmyw... 03/29/2007
Comments 1 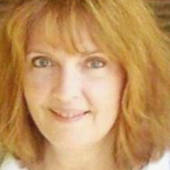 Wilmington NC and the Cape Fear Coast: Happenings Around Town

By Ginger S, Wilmington NC Real Estate & Relocation~
(Wilkinson & Associates, Wilmington NC)
This weeks happenings around Wilmington and the Cape Fear CoastFriday, March 23, 2007The Hapsburgs' Awesome Eighteenth-Century Evening8:30:00 PMJoin the WSO at Thalian Hall as we travel back in time for an evening of the 18th century music of Bach, Haydn and Mozart. This evening's performance will feature Wilmington Symphony Select, the new professional core orchestra dressed in 18th century attire. The annual Benefit Concert is graciously sponsored by Brightmore of Wilmington. Call 800.523.2820 or 910.343.3664 for tickets.Thalian Hall310 Chestnut StreetWilmington, NC 28401www.wilmingtonsymphony.orgSaturday, March 24, 2007  Shemekia Copeland 8:00:00 PMGroundbreaking, Harlem-bred vocalist Shemekia Copeland has been rescheduled to perform her fiery brand of blues at 8 p.m. on Saturday, M... 03/22/2007
Comments 0 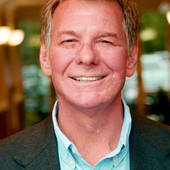 By John Horton, Century 21 Sweyer & Associates Downtown
(Century 21 Sweyer)
The investment from PPD in excess of 100 million dollars has created unprecedented investment in the Wilmington, NC downtown area. Along with 36 new business openings, we have more than 500 housing units being planned within our downtown area. These housing units represent more than 20 million dollars in private investments.Along with the investment of a Marriott hotel and the expansion of the Coastline Inn, will create over 1,200 jobs; 600,000 dollars in tax revenue for the city; 900,000 dollars of tax revenue for the county, and thousands of tourists a year who will be lodging, shopping, dining and enjoying our community. Tourism has been a great economic engine in our community for decades. This initiative will only strengthen and enhance our community as a destination for meetings, ... 03/14/2007
Comments 0

Wilmington on the Rise

By Dick & Sandy Beals
(Wilmington Real Estate 4U Wilmington, NC)
and also the taxes! New Hanover, Pender, and Brunswick counties have recently completed new tax valuations for property owners in the cities and towns of Wilmington, Leland, Hampstead, and the smaller communities they serve. Recent appraisals will no doubt bring about some negative comments from some property owners. Some of the beach towns...Wrightsville Beach, Kure Beach and Carolina Beach have seen triple digit increases, surely that will not be good news for some. The assessed value of property in New Hanover County has risen by roughly 81 percent.A surge in coastal land prices in recent years coupled with low valuations the last time the county reassessed in 1999 means homeowners and others better brace themselves.The county's property values reflects the continuing lure of coasta... 02/16/2007
Comments 2

By Ginger S, Wilmington NC Real Estate & Relocation~
(Wilkinson & Associates, Wilmington NC)
Following on the heels of the Good News from CNN/MONEY,MSNBC names Wilmington to the Top 2O Hottest Real Estate MarketsRead all about it Here:http://www.msnbc.msn.com/id/8475859the source of the data was the government's Office of Federal Housing Enterprise Oversight, http://www.ofheo.gov/  "Wilmington" is actually the Wilmington Metropolitan Statistical Area (MSA), which includes New Hanover, Pender, and Brunswick counties. the Wilmington MSA ranked 16th in In the 2nd quarter 2006  in annualized appreciation, at 22.05%.  Its five-year appreciation rate (2001 to 2006) was  62.58%. The five-year appreciation rate (1996 to 2001) was listed at 27.8 percent. So, The ten-year appreciation rate owould equal 90.3 percent, or an average of 9 percent per year.     11/01/2006
Comments 0

Habitat for Humanity to Build Subdivision in Wilmington

By Ginger S, Wilmington NC Real Estate & Relocation~
(Wilkinson & Associates, Wilmington NC)
We are thrilled that our company, Coldwell Banker Sea Coast Realty, true to it’s tradition of volunteerism and community philanthropy, has joined  forces with our Mortgage Affiliate Alpha Mortgage to sponsor the first Wilmington family to own a  home in New Habitat Subdivision.Development to be the first of its kind in regionBy Brittany ButcherStar NewsAfter years of wishing for a nice home for him and his son, Tony Humphrey said he was moved to give Cape Fear Habitat for Humanity a call to see if he would qualify for a Habitat home."The spirit just hit me," Humphrey said.That was in 2004.At the time, Humphrey's name was added to a list, and then life swept him along. That same year, he met his future wife, Paula, and her son, Deseann. The two single parents hit it off and married in Oc... 10/28/2006
Comments 2
<< Previous 1 2 … 73 74 75 76 77 78 79 80 81 Next >>
Explore Wilmington, NC
Wilmington, NC Real Estate Professionals