Real Estate Agent
Shannon Griffith - Realtor
I specialize in providing Professional, Honest and Personalized service for all your real estate needs. I want to be YOUR Realtor for life.
Cell: 704-880-5490
More Info

By The Temple Team, Specializing in Lake Norman/Charlotte/Charleston
(THE TEMPLE TEAM)
OPEN HOUSE THIS WEEKEND IN STATESVILLE NC!Do you have a HOME TO SELL?  Are you looking for the HOME OF YOUR DREAMS?  The Experienced Team of Real Estate Agents at The Temple Team can help you with all of your Real Estate Needs!  Give us a call anytime at 704-235-3000 and visit our website at www.TheTempleTeam.com.  08/29/2018
Comments 1

Beautiful Home Listed by The Temple Team in Statesville, NC

By The Temple Team, Specializing in Lake Norman/Charlotte/Charleston
(THE TEMPLE TEAM)
This home truly has it all!  Privacy yet in a GREAT Community. Custom Builty with Exceptional Quality Materials. Even has a workshop/hobby room with outside venting!  This one is a "MUST SEE"! 211 Grandview DriveStatesville,NCMLS #3266304 Click HERE for Virtual Tour!Are you LOOKING FOR THE HOME OF YOUR DREAMS?  Do you have a HOME TO SELL?The Temple Team is ready to help you with all of your Real Estate Needs.  Give us a call anytime at 704-235-3000 and visit our website at www.TheTempleTeam.com.   05/17/2017
Comments 2

By The Temple Team, Specializing in Lake Norman/Charlotte/Charleston
(THE TEMPLE TEAM)
This Beautiful Custom Built Home located at 211 Grandview Drive in Statesville NC in the Glen Ridge Neighborhood is a DEFINITE "MUST SEE"!Featuring Exceptional Quality throughout, Solid Cherry Cabinets, Exquisite Embellished Wood Floors, 2 Decks and a 2-Sided Fireplace just to name a few.The Lower Level even includes a Media Room, Full Bathroom and a Workshop/Hobby Room with outside ventilation if you should need it! Check out this homes "Virtual Tour" by clicking the link below ...  http://tours.tourfactory.com/tours/tour.asp?t=1751413&idx=1  COME SEE THIS HOME SOON ... IT WON'T LAST LONG! Whether you are Buying a New Home or Listing your current Home for Sale ... The Temple Team is able to help you with all of your Real Estate Needs! Give us a call at 704-235-3000 and check out our w... 04/28/2017
Comments 1

It' Time For The 2015 Carolina Balloon Fest! 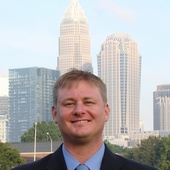 By Thomas Elrod
(Keller Williams Realty)
This brick home is located on a quiet corner large level lot with convenience to shopping, grocery, and main interstates. It features large closets, wormy chestnut cabinets/paneling in kitchen/den, large brick fireplace, and two car garage. Solid construction and a new roof in 2012. Sellers to provide a 13 Month HWA Home Warranty to the Buyers!   Get a FREE HOME VALUE REPORT!   Search All Homes For Sale Avoid Foreclosure Homes Close to Where You Work What is Your Home Worth? The Elrod Team Licensed in NC/SC Keller Williams 704-817-4444 elrodteamleads@gmail.com   03/12/2015
Comments 0 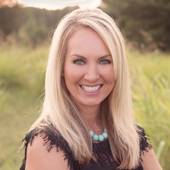 It's Time For The Carolina Balloon Fest!

By Sonya Leonard, Lake Norman/Statesville NC Real Estate Resource
(Keller Williams Lake Norman-Mooresville)
I was at an open house today and the conversation came up about the new Statesville Market and Exchange store that just opened on Shelton Avenue in Statesville NC.  My ears perked up and I had to know more about this place.  I have live in Statesville for over 14 years and Fresh Fish and Seafood have been two things I have missed the most since moving from New Hampshire where I was able to get fresh seafood just about anywhere.  What I really miss the most is Maine Lobster but I have found a great restaurant in Mooresville called Joe Fish that has wonderful New England seafood! I am thrilled to be able to go to a market and get fresh fish and even local produce.  I have not checked it out yet (I just found out today!), but I will very soon and will report back to you on pricing and sel... 08/16/2011
Comments 0

Statesville North Carolina - Where it all Comes Together!

By Sonya Leonard, Lake Norman/Statesville NC Real Estate Resource
(Keller Williams Lake Norman-Mooresville)
After months of market research, design ideas, surveys and meetings, Statesville NC has a new Logo, Brand and Tagline.  It is fresh, bright and reflects well upon our city and I for one – Love it!  Read our Brand Statementto see where the inspiration came from. The City of Statesville, Downtown Statesville, Chamber of Commerce, Convention & Visitors Bureau and Greater Statesville Development Corporation all worked together on the project and all have a similar version of the logo for their use.  In February, the brand was unveiled to the public as reported in the Statesville Record and Landmark article.  It is a great time to be a resident of Statesville.  There are lots of exciting things happening in our community that I will be posting about in the very near future, including the ne... 03/27/2011
Comments 0
<< Previous 1 2 3 4 5 6 7 Next >>
Explore Statesville, NC
Statesville, NC Real Estate Professionals