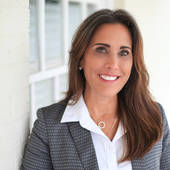 By Michele Connors, Your Eastern North Carolina Realtor
(The Overton Group, LLC Pitt & Carteret County)
Cape Lookout Lighthouse , North Carolina Admittedly this isn't the best shot of Cape Lookout Lighthouse but will share since it IS the PRETTIEST lighthouse I know of.. ok, yes, opinionated ! I grew up in Jupiter Florida with what I considered a beautiful lighthouse-- all red with a black top and situated along Jupiter inlet with a beacon shining on the jetty. When I moved to Carteret County NC I had to take the short trip "Down East" to Harkers Island to visit the Core Sound Museum and of course get a good shot of the lighthouse. She was pretty ! Later that summer I took a closer look by boat- NC Cape Lookout Seashore - and found the diamond shaped pattern to be my favorite of lighthouses!! 20 yrs later, any chance I get to see the Cape and her lighthouse--count me in ! Rich with hist... 09/02/2012
Comments 5
Explore Cape Lookout National Seasho, NC
Cape Lookout National Seasho, NC Real Estate Professionals