By James Lowenstern, Castles Unlimited. Newton MA Real Estate
(Castles Unlimited®)
22 Goddard Street, Newton Freshly and fully renovated 4-bedroom 2.5 bathrooms Newton home in the countryside area of Newton highlands. A modern residence where all of the work is completed including the landscaping on a large level lot. There is a paved driveway plus off-street parking for 2+ cars. Just steps from Nahanton Park and Country Club. This house exudes charm and class with its spacious floor plans in 2000 sq feet of living space, gorgeous back yard, and gourmet kitchen with beautiful granite countertops. Central heat and air! Don’t miss the OPEN HOUSE TOMORROW Sunday, 11:30AM - 1 PM!!! 08/13/2011
Comments 1 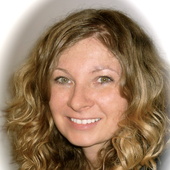 Where to live in MA with good schools?

By Anna Tolstoy
(Coldwell Banker Residential Brokerage)
Where to live in MA with good schools? That is one of the most frequent questions people ask themselves or their agents when starting the search process for their new home. And rightfully so. If you have children, or are planning to have them in the near future qualty of schools becomes a focal point in your search. There are yearly test scores for different schools, parent online reviews, and even tell tales that are often taken into consideration. But before you look at them ask yourself these questions: - do I buy a smaller house, maybe a condo, so that I can afford to get into a better school district? - do I search for a town with decent schools, maybe not the highest on the chart, but have a big house and plenty of backyard space? - Do I look for great public school system, or wil... 05/25/2011
Comments 2

Why are you so mad? And why can't I google YOU?

By Anna Tolstoy
(Coldwell Banker Residential Brokerage)
Why are you so mad?  And why can't I google YOU? I recently got a call from a company that was selling google placement and websites to real estate agents. Actually, I started getting these calls only a couple of months ago, and I link this fact to my online presence through ActiveRain. Which is a good fact per se. The caller even mentioned AR, but of course denied finding me there. But how else would he know I'm "one of the top agents in Newton"? (I'm currently ranking at #2 spot in Newton based on ActiveRain points).  He proceeded with his script, and I could almost "see" him reading it. No pauses were made, (except for breathing), not much checking with me if I was still there and listening. I could have put my phone on the table, but I didn't.  I give everybody a chance. At least th... 05/24/2011
Comments 8

Together we can keep Newton a beautiful place it is - sign up for NewtonSERVES!

By Anna Tolstoy
(Coldwell Banker Residential Brokerage)
Together we can keep Newton a beautiful place it is - sign up for NewtonSERVES! City's annual day of community services in Newton MA is approaching fast -it's this Sunday, May 15th, 2011. if you are Newton resident you probably already received a letter from Mayor Setti Warren. If you did not, or you misplaced it, or it slipped your attention all together - Here's the letter from the Mayor: "Here in Newton, we take great pride in being known as The Garden City. But it takes all of us working together to help live up to that name. That is why I hope you will join me on Sunday, May 15th for NewtonSERVES, our City’s annual day of community service.  Volunteers work in teams on projects throughout the City, such as cleaning up parks, planting gardens, building and painting school bookshelve... 05/10/2011
Comments 0

What you can get for your money in Newton Massachusetts? #1

By Bob Tanski, Realtor
(Century 21 Shawmut Properties)
This is the 1st in a series of quarterly posts looking at the Newton Massachusetts real estate market over the past 4 quarters. The first table below gives some general statistics for Newton Home sales over the last 12 months. This should give you a general idea what kind of money you need to get into the Newton housing market. Newton Home Sales 4/1/2010 - 3/31/2011 # of Homes Sold517 Average Sale Price$912,470 Median Sale Price$750,000 Minimum Sale Price$261,500 Maximum Sale Price$6,500,000 While it is all well and good to tell you on average you need to spend X number of dollars to buy a home in Newton, I think it would be more useful to give you some kind of idea of the size of house you can get for your money. The table below attempts to paint that picture for you. Although that pi... 04/20/2011
Comments 0

By Janet Porcaro, Janet Porcaro
(Keller Williams Realty)
During the week of April 4, 2011, the Newton, MA community joined forces to raise awareness about teens and the challenges they face and the resources available to them. Hundreds of local organizations and families gathered at the new Newton North High School for the city wide exposition on Saturday. Teens were able to receive a mini massage, a free yoga class, enter raffles, get a henna tattoo, play games, and access information to learn about how to live a good life. The event was sponsored by the Newton North PTSO, and organized by volunteers extraordinaire, Sally Brickell and Lynne LeBlanc, PTSO Co-Presidents. By the way, Sally is a professional organizer with Squared Away. She is a shining star! Kudos you Sally and Lynne for a job well done. Feedback on the Just Think: Teens Making... 04/16/2011
Comments 0

By Anna Tolstoy
(Coldwell Banker Residential Brokerage)
I'm happy to announce that I have recently joined Preservation Properties brokerage based in Newton, MA. Preservation Properties has established itself as a well respected, independent real estate firm specializing in the sale, rental and management of fine properties in Newton and surrounding communities. Our approach is local.  We pride ourselves on being a GREEN business in touch with the personalities and character of the communities we serve. We are committed to maintaining the highest moral and ethical standards. Our dedication to each customer and our pledge of quality customer interaction has earned us a broad base of repeat business.    Broker Owner Ed Lyon opened the doors of Preservation Properties in 1993 and has grown the company the old-fashioned way – one relationship at ... 04/14/2011
Comments 6 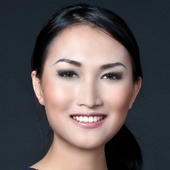 By Tean Wong
(Centre Realty Group)
I remember it so well, and had already predicted this before Warren Group reported this numbers moths ago. The day after Christmas Massachusetts got hit by big snow storms,  and snow storm repeatedly came one after another every single week in January. That month, I didn't see as many houses came on the Market like last years, even worse, number of  buyers called me to request showings in January was only  two!!! I wasn't shock, and it was very simple. Everyone was busy cleaning up their driveway, sidewalk and deal with family regarding the 5 feet of snow we got last Winter. Plus, no one wanted to drag the whole family out in the snow. In Banker and Tradesman, reported by Warren Group this morning, Mass home sales drop 12.5% in February compared to last February and the median home pri... 03/29/2011
Comments 4

By Bob Tanski, Realtor
(Century 21 Shawmut Properties)
Boston Magazine's March 2011 Best Places to Live cover story breaks down the best places to live in Massachusetts by what phase of life a potential buyer is in. The article states: If starting out, Fenway, Roslindale, Melrose and Marshfield are your best bests. If you're trading up, Hingham, Sudbury, Hopkinton and Marblehead are the towns of choice. If downsizing , Brookline, South End, Back Bay and Chinatown can't be beat. Of special interest to me was the chart that follows the Best Places to Live article. This chart not only lists the 2010 median homes prices for every town and city in Massachusetts, it also compares those median home prices to the median home prices for 2009, 2005 and 2000. This allows us to see how the downturn in the housing market has affected home values in Mass... 03/28/2011
Comments 0

By Bob Tanski, Realtor
(Century 21 Shawmut Properties)
Back in August of 2010 I wrote a quick post on the possibility on Newton getting more dog parks. See Newton Dogs Have Their Day. On Monday, 03/21/2011, Newton's Board of Aldermen gave the authority to the Parks and Recreation Commissioner to create five additional dog parks. The five proposed off-leash sites are Newton Centre, Claflin, Warren, Hunnewell, Cabot. Old Cold Spring Parks has been running as a trial off-leash park. See Newton Off-Leash Dog Park Sites to Launch in April for more details. 03/23/2011
Comments 0

When Is The Right Time To Reduce The Price

By Bob Tanski, Realtor
(Century 21 Shawmut Properties)
Every homeowner must set an asking price when listing their home on the market, but what happens when you don't receive any offers? Just as it's important to know when it's time to sell, it's important to recognize the right time to reduce the price. Supply & Demand If a lot of homes are currently listed on the market or your home is overpriced, it may be time to consider a price reduction if you hope to stay competitive. If five different stores sold your favorite soda, what would motivate you to buy from one over the others? If you are like most, the cost would be a leading factor. The same is true with home buyers, who are looking to get the best value for their dollar. Hurry Up & Wait If your home has been listed on the market for what is considered to be a lengthy time for your are... 03/18/2011
Comments 3

Things Needed After Purchasing a Home

By Bob Tanski, Realtor
(Century 21 Shawmut Properties)
Now that you've signed all the paperwork and your loan is approved, it's time to move in. But wait! Before you put your feet up, there are a few things that you will need in order to make your new house a home. Locks Regardless of whether you purchase a newly constructed home or one that was formerly owned by someone else, it's important that you have the locks changed. Everyone from REALTORS® and contractors to friends and family of the former owner may have a key, which is why getting new locks should be at the top of your list. Furnishings You can't hang your hat without a hatrack, so don't forget to add some necessary furnishings. Some homes may include appliances and possibly even some furniture, but most homeowners prefer to decorate their house themselves. After all, someone else... 03/18/2011
Comments 0

By Bob Tanski, Realtor
(Century 21 Shawmut Properties)
When a homeowner lists their house with a REALTOR®, they may choose to store their house keys in the lockbox for easy access for the REALTOR® showing the home. In fact, these handy accessories have all but replaced the need to keep a key under the mat. And not to mention, they are a lot more effective and secure. Why REALTORS® Use A Lockbox It's no surprise that REALTORS® like to sell houses, but they wouldn't be in business for long if the homes they show were to be vandalized or illegally accessed by an unlawful individual. A lockbox works to prevent anyone, other than approved REALTORS®, from being granted access into the home. Not only does it allow the REALTOR® to be more effective in showing homes, but it also gives the owner some added peace of mind in knowing that their home is ... 03/17/2011
Comments 1
<< Previous 1 2 … 9 10 11 12 13 14 15 16 17 … 21 22 Next >>
Explore Newton, MA
Newton, MA Real Estate Professionals