Home Stager
Brenda Thomas
Our goal is to assist you in the sale of your home using our knowledge in staging and redesign. With a minimal investment,we create the "home" buyers want.
Cell: (508) 245-6479
Office: 88844stage
More Info

Home Builder
Mark Thomas
1 have spent 30 years in the woodworking industry,working mostly,with restoration,and replication of historical woodwork in and around the boston area.We belive that( Some History is worth repeating )
Cell: (617) 594-8930
Office: (781) 754-0489
More Info 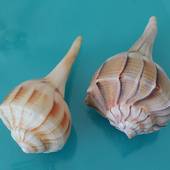 By Brad MacKenzie, Turning Houses into Homes on the South Shore
(Brad MacKenzie)
In 2013, home sales in Halifax, Massachusetts, were similar to sales in 2012 and the past five years. On average, the Halifax real estate market has been very steady, year-over-year, for the past five years. 79 single-family homes sold in Halifax in 2013, after spending an average of 92 days on the market at an average price per square foot of $155. Home prices are up about 4% from 2012, but prices in 2012 were slightly lower than their longer-run average. 2013 prices were only 2% higher than the 5-year average. The average home size, the number of days on the market, and the price paid per square foot have all been remarkably steady over the past one year, two years and five years. Only 10% of all sales are for $400,000 or more, and two-thirds of all sales in Halifax are between $200,0... 12/24/2013
Comments 9

By Jim Mushinsky
(Centsable Inspection)
A Halifax MA home buyer should receive a brochure, Home Inspectors Facts for Consumers Sheet, at the time of the signing of the first written contract to purchase.A standard home inspection in Massachusetts is a visual examination of the physical structure and major interior systems of a residential building consisting of one to four dwelling units. It should be understood that there are certain risks inherent in the purchase of property and a home inspection is inherently limited in its scope and depth. The information gained from home inspection conforming to the Massachusetts Home Inspector Standards of Practice may reduce some of those risks, but the home inspection is not intended to provide the client with protection from all of the risks involved. Visit the Halifax MA Home Inspec... 12/11/2013
Comments 0

By Brad MacKenzie, Turning Houses into Homes on the South Shore
(Brad MacKenzie)
Homes sold in Halifax - October 2013 In Halifax, homes are taking quite some time to sell. One home that had been on the market since it was built a year ago sold for more than the asking price because of add-ons. Buyers, with pre-approvals in hand, should be able to find a great and inexpensive home, and have enough time to properly consider all the alternatives and specifics about their new home. 7 single-family homes sold in October 5 were sold in October of 2012 a list with details about each sale appears below The AVERAGE SALES price was $251,000 LISTING price was $245,000 ORIGINAL price was $242,000 ASSESSMENT was $198,000 AGE is 40 years (built in 1973) Average = total prices / number of homes The MEDIAN SALES price was $260,000 LISTING price was $260,000 ORIGINAL price was $260,... 11/03/2013
Comments 2 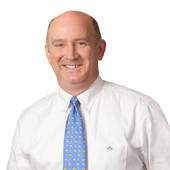 By William Tierney, "The Internet Savvy Realtor"
(William Raveis Real Estate)
Virtual Homes Real Estate invites you to attend this Halifax MA Open House on Sept. 18, 2011 from 11 AM to 1 PM. This single family property is located in the Pembroke border area of Halifax MA and is being offered for sale at $175,000. About This Halifax MA Single Family Property for SaleShort Sale!!! The first showings of this Pre-Foreclosure home will be at the Open House. With new windows, upgraded electrical systems, and many other upgrades, this home offers more potential than meets the eye. Along with being within walking distance to the MBTA commuter rail stop, you have nearly one acre of land to enjoy. Opportunity is knocking! Visiting the Halifax MA Open HouseVisit 275 Holmes Street Halifax MA on Sept. 18, 2011 during the 11 AM to 1 PM time frame. Virtual Homes Real Estate age... 09/15/2011
Comments 2

By Lew Corcoran, ASP®, Home Stager & Real Estate Photographer
(Scena Home Staging & Decora Photography)
Mortgage Rate Forecast for August 31, 2010 - Improving, or...? Here are some of the events affecting mortgage rates today: What Mortgage Backed Securities (MBS) Are Doing Today: The price of the FNMA 30-Year 4.0% MBS coupon opened at 103.25 this morning - the same as yesterday's close. At 9:30 AM, the 4.0% MBS coupon was trading at 103.47 - up 7/32 from its opening. Remember, on mortgage backed securities (MBSs), as the price goes up, the yield comes down - and so do mortgage rates. I expect that mortgage rates will be as much as 0.250 points better in price this morning as compared to yesterday afternoon. Price Trend in Mortgage Backed Securities: The chart below shows the price trend of the FNMA 30-Year 4.0% coupon over the past 30 days from 8-1-2010 to 8-31-2010: Economic Reports, Ne... 08/31/2010
Comments 0

The Trend in Home Sales in Halifax MA - Improving, or...?

By Lew Corcoran, ASP®, Home Stager & Real Estate Photographer
(Scena Home Staging & Decora Photography)
The Trend in Home Sales in Halifax MA - Improving, or...? Home prices in Halifax on average are rising! Home prices have risen 3.0% since July of 2009. The current average listing price of homes for sale in Halifax MA is $257,719, down 41.7% from a month ago. Compare this to the current median sales price of $222,600 - where half of sales are above this amount and half below it. Below is a chart of the trend of median prices of homes for sale in Halifax MA over the past 5 years: Halifax Recently Sold Homes Although cyclical, the number of sales for all homes have been increasing over the past few months: Halifax Recently Sold Homes So what does all this mean? Well, if you're looking for a home in Halifax, you can probably find a bargain as prices are down significantly the past few week... 08/31/2010
Comments 0
Explore Halifax, MA
Halifax, MA Real Estate Professionals