Real Estate Agent
Michael Garrett
It is my commitment, to give you the service you deserve, to accomplish your goal of either selling your home or helping you to find the home that meets your needs with Personal & Professional Service
Cell: (812) 215-0525
Office: (812) 215-0525
More Info 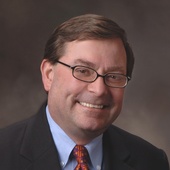 By Rolando Trentini
(F.C.TuckerEmge Realtors, LLC)
Toyota Motor Manufacturing Indiana, Inc. (TMMI) announced plans today to expand its operations here, creating approximately 400 new jobs by 2013.The company will invest $400 million total with $131 million going directly to its Princeton plant to consolidate its Highlander mid-size SUV production to this location, including both hybrid and export versions. Production is expected to begin in late-2013 with annual Highlander production volume expected to increase by approximately 50,000 units at TMMI. “The Hoosier State has made great strides towards providing the best possible business climate in the nation and having a multi-national company like Toyota consolidate operations to Indiana and produce one of our state’s first hybrid vehicles is evidence to the success we’ve achieved,” said... 02/10/2012
Comments 1

By Rolando Trentini
(F.C.TuckerEmge Realtors, LLC)
Toyota today announced plans to begin exporting U.S.-built Sienna vehicles to distributors in South Korea. The Sienna is produced at Toyota’s manufacturing plant in Princeton, IN. A top seller in the U.S., Canada and Mexico, this is the first time the vehicle will be exported outside of North America. Shipments are scheduled to begin in early November. Toyota began exporting U.S.-built vehicles in 1988. These exports increased 30% in calendar year 2010 to about 100,000 units. With the start of these shipments to South Korea, Toyota will now export U.S.-assembled vehicles to 19 countries around the world. Other export vehicles include the Georgetown, KY-produced Avalon sedan, the Princeton, IN-produced Sequoia SUV and the San Antonio, TX-produced Tacoma and Tundra pick-up trucks. Combine... 11/03/2011
Comments 0

2010 Toyota Production Up in Princeton Indiana

By Michael Garrett
(The Realty Group)
I'm looking for a 3-4 br House in the Princeton, IN area to rent for at least a year and maybe longer. If you know of any please let me know. Mike Garrett 07/30/2008
Comments 0

By Michael Garrett
(The Realty Group)
Just to introduce myself to the community.  I'm a retired UPSer and I've been working in sales since retiring in 1999.  I worked in a car dealership until 2005 then I began a real estate career.  I have lived and worked in the southern Indiana area my entire life.  I worked in Vanderburgh County and lived in Gibson County.  That is why when you search for Gibson County Homes you will find mikegarretthomes.com.  The county has several small towns; Princeton, Ft. Branch, Owensville, Patoka, Francisco, Oakland City and Haubstadt.  The big draw for employment is Toyota Manufacturing, their suppliers, coal mining and agriculture. I take pride in providing a high level of service in a personal yet professional manner and I look forward to all referrals. Mike Garrett mikegarretthomes.com 07/11/2008
Comments 8
Explore Princeton, IN
Princeton, IN Real Estate Professionals