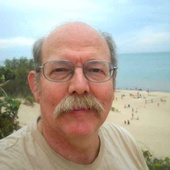 By Dan Rosenberger
(Harvest Realty)
A Plainfield Indiana condo project that sat stalled for several years is now on the uptick.  An investor has purchased several of the unfinished units and has finished them.  He is making some of them available for sale.  The Hendricks County Flyer has featured an article about this project. Here is the link to that article. Plainfield Indiana Condo Neighborhood Back on Track The Blackthorne Condos were built around 2004-2008.  The builder ceased operations with several units unfinished. One piece of the puzzle in housing recovery is to resume work on projects that were started in prior years but stalled. 11/15/2010
Comments 0

Home Buyers Remorse and How to help your buyer?

By Shannon Thomas, Managing Broker, E-Pro, ABR,SRS, SFR
(Selling Indy Metro, LLC)
My buyer had just put in an offer  on a home and immediately began to show signs of Buyers remorse.  She questioned what she had offered on the house, repairs now and future that may have to be done.  She questioned everything including the location.  I made another appointment for the next day to go out to view the property to calm her nerves before we countered.  She brought her whole family including a relative that had been in the building business.  We looked over the house from top to bottom.  Her relative gave it a thumbs up on the maintenance. I took her by a property down the street that was almost identical that had just recently sold for more then what her sellers had their property priced, thinking that it would support the value of her possible new home purchase.  She was s... 08/01/2010
Comments 53

By Shannon Thomas, Managing Broker, E-Pro, ABR,SRS, SFR
(Selling Indy Metro, LLC)
I just signed up and have done two transactions.  One was a price change on a Real Estate listing that without docusign, I would of made a couple of trips to the Seller to get the same result. As you can see Below their is a difference in time and money. Without Docusign I would of had to:  1.  Drive to the Sellers to sign the listing addendum to agree to price change. 2. Come home to print and copy 3. After doing price change information on MIBOR, Printing new Listing sheets reflecting change for drive by boxes. 4.  Drive back to Sellers with corrected Listing to put in drive by box.  5. Back To Office   With docusign it took 15 minutes to fill out form, sign myself as the listing Agent email to my Sellers and them to email back. Tomorrow I will print out corrected mibor flyers and tak... 06/13/2010
Comments 4

Ten Signs its Time To Sell Your House

By Shannon Thomas, Managing Broker, E-Pro, ABR,SRS, SFR
(Selling Indy Metro, LLC)
Ten Signs It’s Time to Sell Your Home   1.     The kids have all graduated from college.  You and your husband finally have time to yourselves…then        they move back home! 2.    You have three spare rooms in a four bedroom house.3.    You have to shuffle your cars each morning to leave for work.  4.     You spend more time driving to work than you do with your family.  5.     You spend more money each month for storage than you do for your mortgage.6.     Your neighbor found a loophole in the homeowner's association rules and is raising donkeys. 7.      you keep hearing faint voices telling you to "get out" and they're getting louder.8.      Grandpa Jed just struck oil while hunting in your back yard.  9.     The dog’s house doubles as a guest room.10.  You have to take a number t... 04/09/2010
Comments 5

By Shannon Thomas, Managing Broker, E-Pro, ABR,SRS, SFR
(Selling Indy Metro, LLC)
Plainfield Indiana Foreclosures for sale.  If you would like to be added to get updates on foreclosure properties that become available immediately Just send me an e-mail with the words addme and your name.  I am a Realtor and of course would like you to eventually consider buying your home or investment property from me Shannon Thomas REALTOR®. 03/21/2010
Comments 0

Zip forms for writing up contracts is Green and cost saving

By Shannon Thomas, Managing Broker, E-Pro, ABR,SRS, SFR
(Selling Indy Metro, LLC)
I wrote up a contract yesterday on zip forms and found it to be wonderful.  It was easy to fill out, you just pick the contracts that you want to use and fill in the blanks and save.  The form was a listing agreement on a property that I had given a listing presentation to the owner the night before on a property in Plainfield Indiana, the owner wanted to put the property up for sell fast. The owner was sure he was going with me. I now have it prefilled and ready to go when I get that last minute call saying they are going with me and to come over now with the listing contract.   I didn't print it yet so I saved paper and its prefilled saving me time when I go to list the property.  I would say thats pretty fantastic.  I'm looking forward to utilizing zip forms in the future for all of ... 03/12/2010
Comments 9 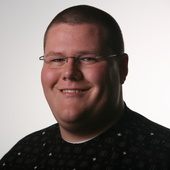 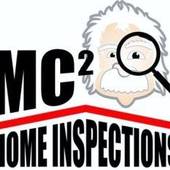 So you want to be a home inspector

By MC2 Home Inspections, Indianapolis home inspection service 317-605-3432
(MC2 Home Inspections LLC)
I receive a lot of emails and phone calls asking me the secret to my success in such a relatively short amount of time. While I am flattered to actually be recognized as being successful, it gets to be a somewhat daunting task of answering all of the emails and voice mails I receive. I decided to write this blog to give some tips and pointers to those who are interested in entering the home inspection field. While I will not divulge all of my secrets entirely, I will spell out in detail how to get started and some of the ideas that have worked well for me personally. Please keep in mind that home inspections are very area specific and what might work in one part of the country may not work so well in other parts. Also please realize that the following is solely based on my opinion and e... 03/22/2009
Comments 3

Q&A On factoring How can you help my customers or my business?

By Audrey Patton, diamond5
(Adiamondlending LLC.)
What is factoring? Factoring is the purchase of your accounts receivable (invoices) in order to provide you with the cash flow you need. Factoring is a widely accepted financing option used by companies of all size. How long before I can receive funding? Typically within 24 hours of receiving your company's information, we'll issue you a proposal. Upon acceptance, we conclude our due diligence and complete documentation. Funding can happen as early as within a few days of initial contact with your company. Ongoing, it is common to fund within 24 hours of your invoice submission to fairydust lending Do I need to sell or factor all of my invoices? No. Depending on the amount of additional cash flow you require, you decide which invoices we factor from your company. Our service allows you ... 12/16/2008
Comments 0

I have a business that needs factoring loan can you help?

By Audrey Patton, diamond5
(Adiamondlending LLC.)
Factoring is financing for companies that have too much cash tied up in their commercial accounts receivable. By factoring, your company can immediately receive cash for accounts receivable instead of waiting 30 to 60 days or more, for your customers to pay. Instead of having your receivables tied up in the billing cycle, factoring allows your company to use that capital to grow, buy inventory, make payroll, take advantage of trade discounts…or anything else that demands your financial resources. Factoring is a simple and fast solution to a company’s cash flow needs. When factoring your accounts receivable, your company incurs no debt. It merely exchanges one asset (accounts receivable) for another asset (cash). With factoring, there is no interest to pay or principal to repay. While th... 12/16/2008
Comments 0 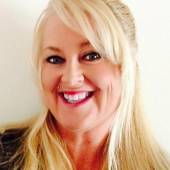 The library is not JUST for reading anymore!

By Christine Frame Martin, Hendricks County Realtor
(Keller Williams-Indy Metro West)
I know it is COLD outside! There are many things to do in Plainfield even though it is cold and sometimes snowy, although this year we have been on the low side of actual snowfall,is that a good thing or not?  Anyway, from a previous blog post you might be aware that I am a advocate of the Library system. It just so happens that the Plainfield/Guilford Library is a *wonderful* library and did you know that there are many events that you and your children can attend? Or just you....  :)I thought that it would be a nice idea to let you in on this "well kept secret" in the heart of Plainfield.  Our beautiful library located at 1120 Stafford Rd. has a venue that would suit most tastes as far as something to do on a cold day goes! Some of the things that you can do at the library include thi... 02/13/2008
Comments 0

By Christine Frame Martin, Hendricks County Realtor
(Keller Williams-Indy Metro West)
The reading of all good books is indeed like a conversation with the noblest men of past centuries who were the authors of them, nay a carefully studied conversation, in which they reveal to us none but the best of their thoughts                         Rene Descartes (1596 - 1650)  I have a LOVE for BOOKS! I have passed this love on to my children and they have passed it on to their children. Books....what can I say about books? Writing is a gift that I do not possess but I CAN read! And I do! Reading is a basic tool in the living of a good life-Mortimer Jerome Adler.With this thought in mind- Have you visited the Plainfield public library lately? No you say???  Well, let me tell you just a little bit about the library and how it serves it's community.First things first, if you would... 02/12/2008
Comments 0

By Christine Frame Martin, Hendricks County Realtor
(Keller Williams-Indy Metro West)
Plainfield, Indiana is  located in Hendricks County,it's population as of 2006, was 24,734 up from the 18,000 that it was when I moved here in October of 2000.  I love Hendricks County! Although I grew up in San Diego, California. You might say, as most people do upon learning this fact, "why in the world would you  move here from California?"  well, it was for a man! Yes, it was not for the beauty that is Indiana! Since getting here though I have learned about Indiana and have grown to love it as have my 3 children. There are so many reason to love Plainfield! I can name a few............Plainfield is home to  Metropolis,the largest mall on the west side of Indianapolis. I watched as Metropolis was being built, waited in anticipation for the boutiques that were going in. Boutiques like... 02/12/2008
Comments 3 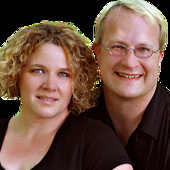