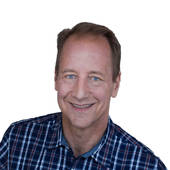 By Angus in Naperville IL
(RE/MAX of Naperville)
The new DR Horton (Cambridge Homes) over 55 community is coming along nicely. Dirt is being moved in preperation for the vacating of 248th (Carillon will be gated) and the opening of the new road to the west. A sales trailer is on the spot and the new movie theater is open just down the block! 07/16/2006
Comments 1

Naperville's Ribfest - A success in so many ways....

By Angus in Naperville IL
(RE/MAX of Naperville)
Congratulations once again to the Exchange Club of Naperville in their fight against child abuse. Early predictions that I've heard are that they raised about $500,000 this year for the cause. Approximately 260,000 people visited Knoch Park over the four days to enjoy the great food, the music and to soak up that fantastic atmosphere. The first night (REO Speedwagon) was such a success that they had to close the gates before 7:00 pm. We didn't make it to that show but really enjoyed Sister Hazel & Better than Ezra the second night. The third night featured the Doobie Brothers, they really know how to put on a show... it was fun to hear all of the kids say "I know this song" over and over. We didn't make it on the fourth, but heard that Charlie Daniels put on a great show. I sponsor ever... 07/08/2006
Comments 1
<< Previous 1 2 … 127 128 129 130 131 132 133 134 135 Next >>
Explore Naperville, IL
Naperville, IL Real Estate Professionals