Latitude on the River Miami 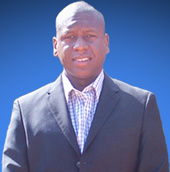 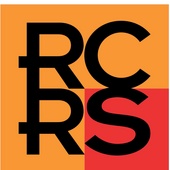 Overwhelming Response to New Pricing at Icon Brickell in Miami

By Ivannia Van Arman
(Related Cervera Realty Services)
Icon Brickell’s opening weekend brought more than 220 people through the sales gallery and to tour the impressive property overlooking Biscayne Bay.   After experiencing unrivaled amenities and quality of the product, visitors were clearly impressed, a spokesperson for the developer says. Factoring in Icon’s new pricing structure, which represents a 30 percent reduction across the board, the significance of the opportunity becomes impossible to deny, adds the spokesperson.   There were more than 20 new contracts signed the past weekend, bringing to more than 50 the number of new deals signed since the new pricing was first offered to new buyers in December.   A setting that is both playful and sophisticated, Icon Brickell has graced the pages of countless style and fashion magazines sin... 02/12/2010
Comments 0

Miami Penthouses for sale or rent

By Philippe Diener
(Brown Harris Stevens)
Miami Penthouses | Luxury Florida Penthouses Sale Rent About Miami Penthouses Miami Florida Luxury Penthouse Real Estate offers the best in class. Whether you are looking for a Miami Penthouse for investment, second home or primary residence, you will find a wide variety of architectural designs that will meet all your luxury needs. Within South Florida, you can search for your perfect luxury Miami Penthouse for sale or rent. There are different areas to choose from. Luxury Real estate geographic areas such as Miami Beach, Coconut Grove, Coral Gables, Brickell Avenue and the exclusive Brickell Key Island. Some of the best Miami Penthouses feature beach access as well as full amenities and concierge services. Many of these top level penthouses feature breathtaking water and city views. T... 01/25/2010
Comments 0 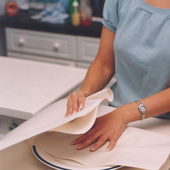 By South Florida Movers Miami Moving and Storage Company
(Sunrise Movers, LLC)
Packing Service Brickell Avenue Miami Florida call (305) 443-0124 Visit Our Website: http://sites.google.com/site/moversmiamifl/movers-brickell-key-miami-fl We  pride ourselves on our commitment to improving services by being a customer-driven company dedicated to meeting your moving relocation needs. We offer fast, reliable and professional packers and movers. We follow industry standards for packing and moving of household goods as such reducing the risk of damage during transportation. We arrive at your Miami home, or office in a van with various sizes of boxes, wrapping paper, packing tape, moving blankets, shrink wrap and all other moving supplies to completely and successfully get your household or office ready for moving. Our staff are highly trained and experienced, and have the... 11/10/2009
Comments 0

By South Florida Movers Miami Moving and Storage Company
(Sunrise Movers, LLC)
We are a downtown Miami Fl moving company servicing Brickell Avenue and all of Brickell Bay in Miami Florida and your best of choice of moving companies because we offer the highest quality moving and relocating services. CALL: (305) 443-0124 Visit Us Online: http://sites.google.com/site/moversmiamifl/movers-brickell-key-miami-fl We provide modern moving trucks equipped with all the moving equipment such as moving blankets, packing and wrapping supplies, moving equipment such as hand trucks, moving dollies, tools to disassemble and reassembly your furniture. Our Brickell Bay Miami moving trucks are the correct size are staffed with professional crews trained in packing, wrapping, loading and safe handling of your belongings. We wrap and protect your furniture with Moving Pads before it ... 11/09/2009
Comments 0 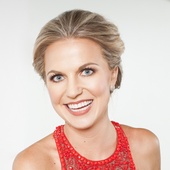 By Katerina Brosda, Miami Real Estate Broker
(Brosda & Bentley Realtors™ ● (786) 363-8551)
AAA Brickell Condos 4 under $350,000 in dowtown Miami (786) 407-1757 Miami metropolitan area, is the seventh-largest metro area in the United States with over 5.4 million residents. Miami is recognized as a global city because of its importance in finance, commerce, media, entertainment, arts and international trade. The city is home to many company headquarters, banks, and television studios. It is an international center for popular entertainment in television, music, fashion, film, and the performing arts. The city's Port of Miami is known for accommodating the largest volume of cruise ships in the world. Miami is also home to the largest concentration of international banks in the United States. Since 2001, Miami has been undergoing a large building boom with more than 50 skyscraper... 10/27/2009
Comments 2