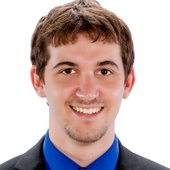 By Brian Marois, Roofing, Windows, Siding, Kitchen, Bath Contractor
(Maintenance Man, LLC)
Roof Repair Storrs, CT   Roof Repair Storrs, CT Your roof may leaking, or you identified a new damp water spot on your ceiling, it is time for roof repair in Storrs. Maybe you know it is time to replace your current roof. Use these five tips to make sure you hire a excellent contractor at a good price. 1. Before The Roofing Contractor Starts Check The Insurance and License. Do some due diligence before hiring the contractor to do the roof repairs in Storrs. Ask them to provide proof of liability insurance and workers compensation insurance. One must is the Department of Consumer Protection in Connecticut to verify the contractor's license. The state has an online license look up. Look online, do they have a web site, are they listed on Yelp, what are the reviews on Goggle Places? Give t... 09/03/2011
Comments 0

By Matt Listro, Your Credit Repair Expert
(National Credit Fixers - Matt Listro)
Less than legitimate "debt settlement companies" have found themselves in the perfect environment to exploit during recent years.  Scams Artists posing as useful debt settlement companies have been thriving on the credit crunch of recent years and on the millions of Americans who are in debt.  Genuine government bailouts of banks and other corporate giants have made the idea of an actual a "government sponsored" bailout for consumers all too easy to sell.  The fact of the matter is, there is no government sponsored bailout for consumer's with credit card debt.  This may sound contrary to the many radio, tv, and internet ads you may have been hearing lately.  A great deal of misleading advertising has been created to deceive desperate individuals and families in order to trick them into ... 09/12/2010
Comments 3