By George Souto, Your Connecticut Mortgage Expert
(George Souto NMLS #65149 FHA, CHFA, VA Mortgages)
The Old Saybrook Chamber of Commerce is sponsoring the Old Saybrook, CT 19th Annual Chili Fest, February 28, 2015, from Noon to 3:00 p.m on Main Street.  The Old Saybrook Chili Fest has drawn Chefs from both near and far for 19 years to compete in this annual competition.  Booths will be set up and down Main Street, Old Saybrook, and hundreds of Chili Tasters will get to vote for their favorite Chili.  The winner will be awarded the very sought after Chili-Pepper.  All money raise at the Old Saybrook 19th Annual Chili Fest will be given to the C. Wilfred Hunter Scholarship.  Last year enough funds were raised to award six scholarships. Last year's winners were: 1st Place Octagon Steakhouse - Octagon Chili - Charity: March of Dimes 2nd Place The Monkey Farm Cafe - Famous Farm Chili - ... 02/25/2015
Comments 12

By George Souto, Your Connecticut Mortgage Expert
(George Souto NMLS #65149 FHA, CHFA, VA Mortgages)
Old Saybrook Chamber of Commerce members are encouraged to participate in the Saybrook Point Inn & Spa Pumpkins On The Point 2014.  In fact this event is open to the whole public to join in on this Pumpkin Party and carving contest. The Pumpkin Party will start on Friday, October 31st, and continue to Saturday, November 1st.   The Halloween Pumpkin Party will be held on the outdoor terrace and marina docks at the Saybrook Point Inn & Spa.  The outdoor terrace and marina docks will be filled with hundreds of carved pumpkins by all who want to participate. Prizes will be will be awarded for best designs, and kids will be able to fill their bags with candy on a Trick or Treat trail.  There will also be Hayrides, Moon Bounce, music, and Halloween spooky movies on a BIG screen TV ... 10/28/2014
Comments 14

By George Souto, Your Connecticut Mortgage Expert
(George Souto NMLS #65149 FHA, CHFA, VA Mortgages)
The Old Saybrook Chamber Of Commerce is offering a Facebook For Businesses Workshop on September 15th.  This is an excellent opportunity to learn how Facebook can help to grow your business.  If you are someone like me who is familiar with Facebook, but is only aware of the very basics this Old Saybrook Chamber Of Commerce Facebook For Businesses Workshop is a must for you. The Old Saybrook Chamber Of Commerce Facebook For Businesses Workshop will help those in attendance understand how to:  Review the basics of Facebook, including the Facebook business page What topics to include in your blogs and how to go about doing it Learn what a Social Campaign is How to plan and use a Social Campaign effectively See examples of successful social campaigns Because of the time of the Old Saybro... 09/11/2014
Comments 6

By George Souto, Your Connecticut Mortgage Expert
(George Souto NMLS #65149 FHA, CHFA, VA Mortgages)
The Old Saybrook Chamber Of Commerce Bikes For Kids Day  Thursday, August 7 from 5:30 p.m. to 7:00 p.m.  This event is to provide needy kids with their very own bike and new helmet. The sign above states that Bikes For Kids has donated over 13,000 bikes, but actually it is now over 15,000 bikes.  Bikes For Kids has constantly donated 900 to 1,200 bikes to needy kids for the past four years, and hopes to improve upon those number this year. Most of the bikes Donated by Bikes For Kids are for needy kids in Connecticut, but they have also sent bikes to: Haiti after their devastating earthquake 136 bikes to New York after Hurricane Sandy Africa to help local villages get water and supplies faster Bikes For Kids is a cause worthy of support, and for more information on the Old Saybrook Cham... 08/03/2014
Comments 9

A SHORT VACATION IN OLD SAYBROOK AND A SURPRISE GUEST

By Grant Schneider, Your Coach Helping You Create Successful Outcomes
(Performance Development Strategies)
My wife took me on a very nice vacation for my birthday.  It is beautiful in the summer along the eastern Connecticut shore line.  I highly recommend the Saybrook Point Inn and Spa in Saybrook, Connecticut. The resort area overlooks a marina on the Connecticut River which leads to Long Island Sound.  The Fresh Salt Restaurant there is top rated.  The food and the staff are excellent. We had a surprise at breakfast this morning.  When we came toward the outdoor restaurant area we noticed a camera and light set up.  It was Willis Scott taping a segment of the Today Show.  They asked us to not talk while Willis Scott did his opening with announcement of birthdays.  The program should be aired this Thursday, July 24th.  We set our DVR.       07/22/2014
Comments 17

By George Souto, Your Connecticut Mortgage Expert
(George Souto NMLS #65149 FHA, CHFA, VA Mortgages)
The Old Saybrook Chamber of Commerce is holding there second Home Based Business Community Workshop this Tuesday, May 6th at the Chamber Office located on 1 Main Street, in Saybrook, CT.  They had a good turnout for the first Old Saybrook Chamber Home Based Business Community Workshop, and are expected to have a good turnout for this one as well.  Those with home based businesses will receive solid home based business information and advice which will benefit their business. These Old Saybrook Chamber Home Based Business Community Workshop should be a must attend for everyone with a home based business.  Besides the valuable information those in attendance will also be treated to drinks and snacks. Registration is required for this event by either calling (860) 388-3266 or register o... 05/04/2014
Comments 4

By George Souto, Your Connecticut Mortgage Expert
(George Souto NMLS #65149 FHA, CHFA, VA Mortgages)
The Old Saybrook Chamber of Commerce is holding a Home Based Business Community Workshop at the Pavilion at Saybrook Point on April Fools Day, April 1st.   However their is no foolin about this workshop, those with home based businesses will receive solid home based business information and advice. This Home Based Business Community Workshop should be a must attend for everyone with a home based business.  Besides the valuable information those in attendance will receive, they will also be treated to drinks and snacks. Registration is required for this event by either calling (860) 388-3266 or register online. Old Saybrook Chamber of Commerce Home Based Business Community WorkshopThe Pavilion at Saybrook Point150 College StreetOld Saybrook, CTApril 1, 20148:30 a.m to 10:00 a.m   ****... 03/29/2014
Comments 8

Marketing Luxury Real Estate: The Luxury is in the Details

By Ron and Alexandra Seigel, Luxury Real Estate Branding, Marketing & Strategy
(Napa Consultants)
Details can make an evironment feel more luxurious.  When we visited the Marina at Old  Saybrook  during our trip to Connecticut, we spotted these beautiful carvings at the marina.  Each post was different and added that extra pleasure of being by the ocean. Here is a cute little duck Happy Friday everyone, Cheers Ron & Alexandra WATCH VIDEOS-  Buzz-Worthy Luxury Real Estate Websites  Personal Branding Case Studies   Company Branding Case Studies  About Language of Luxury - JOIN THE LOL COMMUNTIY -   GET FLUENT. GET AFFLUENT!   Linked In, Facebook, Active Rain Follow Us on Twitter: LuxuryMarketing 07/13/2012
Comments 15

By Matt Listro, Your Credit Repair Expert
(National Credit Fixers - Matt Listro)
Connecticut Facts and Trivia #4   Here are 10 more fun facts about CT:   The first English settlers of Connecticut arrived in 1636, settling the plantations of Windsor, Hartford and Wethersfield.   The Monroe Town seal is in the form of a circle with the words "Town of Monroe Connecticut" written in the outer rim of the seal. Inside this outer circle is a profile of a bust of James Monroe, who was the fifth President of the United States, serving from 1817-1825.   Originally, Montville, along with Groton and Waterford, was a part of New London. New London was settled in 1646 under the name of Pequot, so called after the Pequot Indians, the name changing to New London in 1658.   B.F. Clyde's Cider Mill is the only steam-powered Cider Mill in the United States and is located in Mystic.   ... 04/12/2009
Comments 5 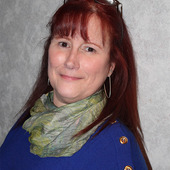 THE BACK PORCH IN OLD SAYBROOK CT

By Valerie Osterhoudt, ABR, Cromwell, CT Real Estate ~ 860.883.8889
(Johnson Real Estate, Inc.)
THE BACK PORCH 142 FERRY ROAD,  OLD SAYBROOK CONNECTICUT Last evening I ventured to the coast for a change of scenery and a seafood dinner.  I had heard about The Back Porch, but never had the chance to go... until last night.    I dined outside overlooking the marina. The attire was casual, and the atmosphere was relaxing.  How can you go wrong over looking the Connecticut River? The appetizer of "Lobster Bon Bons" was delicious.  I started to laugh when I ate these, because now I can say I sat around and ate bon-bons all night :)  The French Martini that accompanied these went down real well too.  For the entree I had Seared Georges Bank Scallops With Braised Littlenecks, Sweet Corn and Chorizo Broth, which I would recommend highly.  The combination of flavors in this dish was phenome... 06/18/2008
Comments 13
<< Previous 1 2 3 Next >>
Explore Old Saybrook, CT
Old Saybrook, CT Real Estate Professionals