By Gail Robinson, CRS, GRI, e-PRO Fairfield County, CT
(William Raveis Real Estate)
To download this 90 page report in PDF format, please click here .  This link will take you to a post on the Black Rock Community Blog where the report is located.The Black Rock section of Bridgeport, Connecticut is undergoing rapid change as residents continue to migrate into cities from the suburbs, and from inland to the shoreline.  Black Rock is located in Fairfield County on the coastline and is an historic Colonial seaport.  It has a harbor, marina, yacht clubs, beaches, and a tidal estuary along with miles of sidewalks with sensational views of Long Island Sound and the Ash Creek Tidal Estuary.  The Ash Creek Tidal Estuary is an important migratory flyway for shorebirds.   Anticipation of the long awaited Black Rock Train Station (estimated completion 2010) has resulted in upscal... 02/13/2008
Comments 4 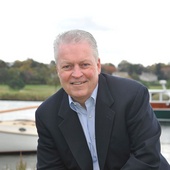 By Mike Tetreau, ABR, CRS, GRI, Sales Vice President
(William Raveis Real Estate - Fairfield, CT)
Bridgeport Investment Properties - Yearend Update 2007We define Investment Properties as those Multi Family Homes with 2 to 4 Rental units.   The units may have 1,2 or 3 Bedrooms - generally no more.  The owner may occupy one of the units.  We can see from the numbers that this market segment has seen almost a 60% drop off in unit sales in the last 24 months.   In addition, this drop off has been accompanied by a 7% decline in both Median and Average Sales Price.   This is perhaps one of the best local examples of the impact of the Subprime Mortgage Crisis.   Many of these properties in recent years have been sold with one hundred percent financing and some closing costs rolled into the price.  This allowed many a first time buyer to own a home and have some rental income to pay the mor... 02/01/2008
Comments 0

By Mike Tetreau, ABR, CRS, GRI, Sales Vice President
(William Raveis Real Estate - Fairfield, CT)
Bridgeport Condo Market - Yearend Update 2007 Bridgeport has a large portion of the local Condo Market.  This update shows that like the City's Single Family market, unit sales are down from the past two years.  And also like the Single Family market, prices have been surprisingly stable.  With unit sales off almost 20%, you would think that would put downward pressure on prices too. It may be that the ability to rent out a condo that doesn't sell may be helping to maintain price levels.  This would make sense if the buyers who can obtain financing have decreased due to the mortgage crisis.  However, since people still need a place to live and the local economy is still producing jobs, they become renters until the market turns and they can return to buyer status.   As  of December 3120... 02/01/2008
Comments 0

By Mike Tetreau, ABR, CRS, GRI, Sales Vice President
(William Raveis Real Estate - Fairfield, CT)
Bridgeport 2007 Yearend UpdateSingle Family HomesThe City of Bridgeport saw a 2007 that seem to more closely reflect the nationwide turbulence in the Real Estate market.   Sales of Single Family homes were off 34% from the prior year.  This continued a downtrend with the unit sales falling 45% below the 2005 level. The credit crunch really cut down on the prospective buyers in the market.  This hurts the liquidity of home sales meaning it takes longer to sell a home.  More homes on the market are chasing fewer and fewer buyers.  City revenues that count on the one half percent Conveyance Tax are also coming in well below budget.One of the surprises in looking at the numbers is that there isn't a larger drop in Median and Average Selling Price.  This seems to reflect the fact that Bridge... 02/01/2008
Comments 0

By Gail Robinson, CRS, GRI, e-PRO Fairfield County, CT
(William Raveis Real Estate)
Black Rock is a sophisticated, urban community with so many events and activities that it is hard to stay on top of all the action.  One way to stay abreast of the cultural, social, environmental, zoning, and other activities is to check out the community Calendar on the Black Rock Community Blog at www.blackrockonline.org .  The Calendar tab is at the top of the site, next to the Discussion Forum tab.If you click on the date of the event, it will bring you to the blog post associated with that event so that you can find out all the details.  Some community members use this calendar when they misplace the announcement that was sent to them.  They know that they can always find the information online and therefore they bookmark the site.In February, there will be a Mardi Gras party fundr... 01/28/2008
Comments 0

By Gail Robinson, CRS, GRI, e-PRO Fairfield County, CT
(William Raveis Real Estate)
Black Rock's Harborview Market will host its sixth literary event, Sunday, February 24th, at 3:00 pm. Local authors  Corrine "Coco" Melvin and Charles Brilvitch will present their recently published books. Coco will read from and discuss New Beginnings and Charles Brilvitch will talk about The History of the Golden Hill Paugussett Tribe of Connecticut. Janet Krauss is the moderator. Food and drink will be available for purchase at Harborview Market, 218 Harborview Ave in the Black Rock section of Bridgeport. The event is free and open to the public.For more Black Rock events visit the Black Rock Community Blog at www.blackrockonline.org   01/28/2008
Comments 2

By Gail Robinson, CRS, GRI, e-PRO Fairfield County, CT
(William Raveis Real Estate)
Download six-page newsletter with complete list of 2007 sales (from MLS) for single family, condo, co-op, and multifamily properties in Black Rock at the Black Rock Community blog at  www.blackrockonline.org  TWO-TIERED MARKET IN BLACK ROCKThe U.S. real estate market continued to slow down in 2007, but sale prices in Black Rock, for most sectors of the market, continued to increase in value with the exception of home sales over $400,000.  The median price of a single family home decreased from $375,000 for 2006 to $316,000 in 2007 as a result of fewer high end homes being sold in Black Rock.  In fact, there were fewer home sales overall in 2007 than in 2006 in Black Rock (31 vs. 45). A two-tiered market was created in 2007 when market forces put tremendous pressure on high end sales in ... 01/01/2008
Comments 0

By Gail Robinson, CRS, GRI, e-PRO Fairfield County, CT
(William Raveis Real Estate)
Join your neighbors in Lighting Black Rock with Rays of Light for Our Children Holiday Luminaries $20 donation for a Luminary Kit for each kit includes 10 luminary bags and candles.  Display and light the luminaries outside of your home just before 5 pm on Sunday December 23rd then join the Harborview Market Wassail Party and Christmas Caroling 5-6 pm Sunday December 23rd. Dress warm, because at 6 pm we will take the Christmas Caroling to the streets, entertain our neighbors, and enjoy the lights. Luminary kits are available at Harborview Market, The Burroughs Community Center in the BCAC office, Black Rock Pilates (located above Port Coffee), Home on the Range, and Happy Tails at Ash Creek all on Fairfield Avenue.  If you have luminaries from past years, please reuse them on the 23rd. ... 12/20/2007
Comments 0

By Gail Robinson, CRS, GRI, e-PRO Fairfield County, CT
(William Raveis Real Estate)
Over the past decade, Black Rock has been attracting artists, academics, young professionals, and retirees who yearn to live in a waterfront community on Long Island Sound, but require home prices that are more affordable than other shore towns. This Fairfield County community has been the focus of two articles by the New York Times over the past few years, “Living in Black Rock, Connecticut: A Community with Spirit and an Edge” (August 8, 2004) and “If You’re Thinking of Living In St. Mary’s-by-the-Sea, Connecticut: At Peninsula’s End, a Waterside Enclave” (June 9, 2002). Black Rock is likely to become even more desirable when the Black Rock train station construction is completed in 2010, although the commute to Manhattan at present only involves a ten minute car ride to the... 11/26/2007
Comments 0

By Gail Robinson, CRS, GRI, e-PRO Fairfield County, CT
(William Raveis Real Estate)
This is where I meet my clients, enjoy a latte, and chat with my neighbors.  This little cafe is the center of our community and brings us all together.  It's also where we have barbecues, parties, art exhibitions, poetry readings, and much more.  It's part of what makes Black Rock such a great place to live. 05/25/2007
Comments 2

By Gail Robinson, CRS, GRI, e-PRO Fairfield County, CT
(William Raveis Real Estate)
Over the past decade, Black Rock has been attracting artists, academics, young professionals, and retirees who yearn to live in a true neighborhood and an affordable waterfront community on Long Island Sound. This Fairfield County community has been the focus of two articles by the New York Times over the past few years, "Living in Black Rock, Connecticut: A Community with Spirit and an Edge" (August 8, 2004) and "If You're Thinking of Living In St. Mary's-by-the-Sea, Connecticut: At Peninsula's End, a Waterside Enclave" (June 9, 2002).  Black Rock is likely to become even more desirable when the Black Rock train station is completed in 2009.  The commute to Manhattan at present involves a ten minute car ride to the Fairfield train station to catch the one hour and ten minute express tr... 03/17/2007
Comments 3

By Gail Robinson, CRS, GRI, e-PRO Fairfield County, CT
(William Raveis Real Estate)
TEXT FROM FIRST PAGE OF SIX PAGE NEWSLETTER (to view or download newsletter go to Black Rock's Community Blog at www.blackrockonline.org As you know, the U.S. real estate market in general slowed down in 2006 and Black Rock was no exception, although sale prices have continued to hold.  In our 2005 issue on single family home sales, we noted that Black Rock enjoyed a 21% increase over 2004, and this was after the previous year's increase of 14%.  There was no increase in 2006, the median price of a single family home stayed the same at $375,000 for both 2005 and 2006.  However, the time it took to sell a home in Black Rock increased from 76 to 105 DOM (Days on Market means time from date of listing on MLS until contract is signed) and fewer homes sold (46 vs. 63).  We did not experience... 03/17/2007
Comments 0

Why Bridgeport is Number 3 on Best Places to Invest

By Gail Robinson, CRS, GRI, e-PRO Fairfield County, CT
(William Raveis Real Estate)
In Rick & Ine's blog on the Strongest Real Estate Markets they mentioned Bridgeport, CT came in #3 according to Business 2.0's article The New Rules of Real Estate: The Best Places to (Still) Invest with a projected increase in value of 63% over the next five years.  One person commented that they were surprised Bridgeport made the list. Well I've lived here for 27 years now and I'm not surprised.  What surprises me is how long the value of properties in this city have been supressed.  This city is in one of the wealthiest counties in the U.S., Fairfield County, home to Greenwich and Darien, Connecticut.  It is within commuting distance  of Manhattan. I worked in the corporate world and commuted to Manhattan for many years before "retiring" to my real estate career.Bridgeport was once a... 03/03/2007
Comments 8
<< Previous 1 2 … 24 25 26 27 28 29 30 31 32 Next >>
Explore Bridgeport, CT
Bridgeport, CT Real Estate Professionals