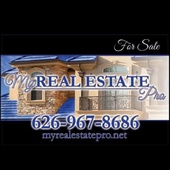 By Carolina Ruiz
(My Real Estate Pro)
West Covina Relay for Life 2008Team Chacon of Keller Williams Realty supports this great event and you should too!Saturday, May 17 to Sunday, 18, 20089 a.m. to 9 a.m. (24 Hours!)Edgewood Middle School1625 W. Durness St.West Covina, CA Form your own relay team and walk/run for 24-hours to help create a better, healthier tomorrow. Take on this heroic challenge and be the unsung hero in someones life tomorrow today. The contact person for the West Covina Relay for Life 2008 is Shruti Kothari and you may either call her at (626) 756-5041 or e-mail Shruti to get more information about this great event at Shruti.Kothari@cancer.org. Give support to those currently battling cancer while raising money to hopefully find a cure and prevent or eliminat cancer for a better future. 04/30/2008
Comments 0

By Carolina Ruiz
(My Real Estate Pro)
Carolina Chacon of Team Chacon | Keller Williams Realty | West Covina, California A series of Questions and the answers from your Home run Real Estate Team providing Major League Service from first base to home. Q: How many years have you been in Real Estate?A: 9 years Q: What is the average home price in West Covina, CA?A: It depends on what type of home you want and need. The average Town Home ranges from the High $300's to the low 400's. You could acquire a single family homes can start in the mid 400's and up. Q: Are there any new developments or trends in West Covina? A: Luxury Condos are the current trend for West Covina. West Covina's boarders are touching the neighboring communities so we do not have much room for any new single family home developments or communities. Q: Why d... 04/30/2008
Comments 1

Give it your best shot: What toothpaste can teach you about your words

By Carolina Ruiz
(My Real Estate Pro)
In order to teach an important lesson to their children the parents gave their two children a large plate, a toothbrush, several straws, toothpicks, and a brand new tube of toothpaste. They told them that the toothpaste and your words are the same, and as such they told them they may choose to do with it as they please.They played politely at first while the parents just watched. When one slipped and made a slight mess, they both looked to the parents apprehensively. When the parents' demeanor didn't change from their complacently pleasant state the children really started to get into the spirit. They soon found that they had squeezed out the entire tubes and rubbed smeared and generally made a mess of things.The parents then asserted the next phase of this important lesson. They instru... 04/29/2008
Comments 11

Be safe out there.

By Carolina Ruiz
(My Real Estate Pro)
Yesterday morning In West Covina, CA a woman called 911 about a burglar in her home. The burglar shot and killed her WHILE she was on the telephone with the 911 operator. Needless to say there was not much police could do once they got to her home. In many large cities it can take several minutes before you even get connected with a 911 operator. Once that happens your emergency has to be first understood by the operator and then transmitted to a local dispatcher, who in turn, must relay the information to the patrol officers on the street. Patrol officers then must commute to your location which may be hampered by mistakes and/or misinformation within the chain of no less than four people.Protect yourself! Make it a point to have the local police department dispatch number programed on... 03/20/2008
Comments 2

Everyone has a story...

By Carolina Ruiz
(My Real Estate Pro)
Write the next chapter of yours at Keller Williams Realty Our Difference | Profit Share | Culture | Education  Few real estate companies devote themselves so fully to the individual success of each agent. At Keller Williams West Covina, three key areas make us--and the members of our family--stand out: 1) Our unique profit-sharing model; 2) Our passionate and supportive culture; and, 3) Keller Williams University and our extensive educational curriculum. These differences have made Keller Williams Realty one of the nation's most successful real estate companies. Perhaps more importantly, they have transformed the lives of KW agents, helping them grow and achieve exceptional personal and professional fulfillment. Sharing profits. Changing Lives.     Isn't it time to change your life? Wit... 03/12/2008
Comments 1

The Changing Tides of Real Estate in West Covina, CA

By Carolina Ruiz
(My Real Estate Pro)
There are three certainties in life; Death, Taxes, and the Media will get it wrong. This joke happens to be all too true when it comes to Real Estate. It is not necessarily the media's fault that they get up and talk about something they know nothing about. I mean they have the charts, stats and facts right there in their hand, so how hard can it be? The fault lies in the information that the news reports. The information just so happens to be way behind, actually too far behind. Just how far behind you might ask? The average TV report and the information that Capital Hill used to determine they needed to lower rates, increase FHA limits, and vote on an emergency stimulus package is generally at least 6 months old, but are more often 9-months old. Even the leading media sources designed... 03/04/2008
Comments 1

By Carolina Ruiz
(My Real Estate Pro)
Trulia.com confirms what we have been witnessing first hand in our day to day experience of the market. Sales are coming back up. Hurry up and find your dream home before the stragglers figure out what's going on and all the remaining deals are gone. Experience the difference a Pro makes. My Real Estate Pro West Covina is here to help.   03/04/2008
Comments 1

By Jean Ramirez
(Prudential California Realty)
About West Covina-A Historical StoryWest Covina had some very colorful beginnings. As part of the San GabrielValley, West Covina, along with its surrounding cities, was part of the land that the Missions of California were founded. The Mission San Gabriel Archangel, located in present day City of El Monte, was the fourth mission founded in Sept. 8, 1771 and land, for various agricultural developments, was acquired. Around 1852, a site located north of what is currently Workman Avenue and Orange Avenue, became the original site of the Heritage House, owned by John Rowland and William Workman. They inquired the land from Governor Pico that became known as the Ranch La Puente. The Ranch was divided whereas Workman took the portion now encompassing the western section of West Covina, Rowlan... 11/27/2007
Comments 0

A Real Case: Who cares about Average Price or Median Price! (I)