What Decorations? (A Family Christmas Memory)

By Mother Lode, Real Estate Master
(Real Living Sugar Pine Realty)
It was just over a week until Christmas (last Friday). And as I was leaving work, a coworker of mine said, "Mike, where are the decorations? You're usually the one that motivates us." It was true. The "motivator" part, but moreso, no decorations in the office this year (except for my manger scene at my desk). You must know the full context for impact. My industry is in the dumps. How it's gotten there is besides the point. The fact is everybody isn't really in the mood for celebrating. And so I didn't put up the decorations (or motivate everyone else to). That is, until my coworker said what she said. It was like the Grinch's heart growing three sizes. The next morning I mentioned it to my wife and three kids that I was thinking we should go over to the office and decorate. My wife (wh... 12/22/2011
Comments 0

They Cooked the Books? (On Losing Trust)

By Mother Lode, Real Estate Master
(Real Living Sugar Pine Realty)
They cooked the books(?). And not only that, they were caught(?). The "they" I'm referring to is the National Association of Realtors. In a statement to Reuters, NAR's spokesman Walter Malony comes out and says it... "All the sales and inventory data that have been reported since January 2007 are being downwardly revised. Sales were weaker than people thought." Huh? As challenging as the real estate market's been, it's even worse? Add to that, we wouldn't have even known about it except a real estate analysis firm called the NAR out(?). The Reuters article goes on... Early this year, the Realtors group was accused of overcounting existing homes sales, with California-based real estate analysis firm CoreLogic claiming sales could have been overstated by as much as 20 percent. At the tim... 12/15/2011
Comments 2 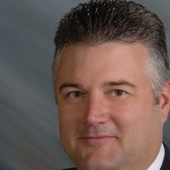 A History of Real Estate (infographic)

By Mother Lode, Real Estate Master
(Real Living Sugar Pine Realty)
"The more things change, the more things stay the same." If you've come here expecting a surprise (like the title of this post was meant to hook you in), you're gonna be disappointed. Or maybe you won't be? In any profession it's the "basics" that are most important. And if there's a problem in an organization, you probably don't have to look much further than the "basics" being out of kilter to pinpoint the issue: Lack of communication, not following protocol, running over budget, etc. And so it is with blogging. When the clock strikes twelve on January 1st, 2012, nothing in blogging will have changed. It'll be the same as it was in 2011. How will it be the same? The following list of "basics" offers some answers... 12 Things Bloggers Should Expect in 2012 (plus 1 bonus): 1. Expect to... 12/12/2011
Comments 0

What If Santa Was Real?

By Mother Lode, Real Estate Master
(Real Living Sugar Pine Realty)
I was a Catholic school boy in 4th grade. (I was a good boy, too, my mom always says.) That's when it happened. I heard my classmates talking about how Santa wasn't real. "No," I thought. "It couldn't be?" I was devastated. I didn't say a word until I got home. That's when my mom took me in my bedroom, shut the door and began to explain. I was sad. But I got over it. And I was thinking the other day about my mom and how hard that conversation must have been. I'll bet she wished she could have said the opposite, that the kids on the playground were wrong. And I would have believed her. I would have believed my mom if she said, "Michael, Santa is real." And would it really be so bad if he was? And wouldn't it mean more happiness and goodness and giving and faith and love and sacrifice an... 12/07/2011
Comments 2

Test Your Knowledge of the Mother Lode eBook (free download)

By Mother Lode, Real Estate Master
(Real Living Sugar Pine Realty)
If there's anything cool about Christmas time, it's the holiday shows. Do you have a favorite? Frosty? The Grinch? It's a Wonderful Life? A Charlie Brown Christmas? That last one is among the most famous of all. And did you know it was done on a shoestring budget and the network predicted it would flop prior to release? (So much for executives.) There's a part in "A Charlie Brown Christmas" where Charlie Brown walks by Snoopy's dog house. (Do you remember that?) Snoopy's trying to win the neighborhood light and decoration contest. And so his dog house is decorated to the hilt as Snoopy hands Charlie Brown a flyer explaining the contest. It's the last straw for Charlie Brown. He cries out, "Oh no, my own dog has gone commercial. I can't stand it!" And I wonder if some people's lives are... 11/28/2011
Comments 0

By Mother Lode, Real Estate Master
(Real Living Sugar Pine Realty)
It's that time of the year again. The time where we are thankful and give (and receive) presents. It's also the time where we get around people we may not see throughout the year. That's where the trouble comes. Especially if the last time we saw somebody there was any kind of friction. (Been there? Done that?) I'd expect there are many just dreading the holiday get together. (Is it you?) We can do a lot to help ourselves (short of not showing up) to handle the pressure and dispel the tension that can accompany any gathering. The main thing is to prepare ahead of time. Know the relational mistakes and avoid them... 10 Boo Boos People Make at Holiday Get Togethers (plus 1 bonus): 1. Show up late 2. Worry about what others think 3. Talk too much 4. Talk about themselves 5. Try to change ... 11/23/2011
Comments 1

Autism, iPads and a Heavy Revelation (for some)

By Mother Lode, Real Estate Master
(Real Living Sugar Pine Realty)
While talking with my dad at a recent family gathering he commented how the new technology has been very helpful for my mom who has Parkinson's disease. (She had just purchased the newest iPhone. She already had an iPad.) It (the new technology) helps to keep my mom engaged and alert, he would go on. And then recently my wife and I were encouraged to hear how the iPad in particular has been seen as a benefit for children with autism (of which our son has been diagnosed). CBS 60 Minutes recently aired the segment: "Apps for Autism" which gave parents like us much hope when it said... It turns out that autistic children show a real interest in the iPad with its easy touch-and-swipe screens. With specially-designed applications, or apps, these computers are helping them communicate and un... 11/16/2011
Comments 2

One of the Best Things That's Worked For Us on Facebook

By Mother Lode, Real Estate Master
(Real Living Sugar Pine Realty)
I offered the following comment the other day on the article: Facebook Marketing Ideas for Small to Mid-Sized Businesses. (And so this ends up being an example of turning a comment into a blog post as well.) My comment had to do with interaction on Facebook and what I've found has worked for us as a company. I spell it out on in the comment. This isn't rocket science. I'm sure someone else has described it somewhere else. But here goes. I'm convinced if you follow this pattern, you will surely increase your Facebook friend participation as well as keep your business in front of more eyes. Here's the comment: WHAT'S WORKED FOR US:  ASKING A QUESTION One of the best things that's worked for us is asking a question on our Facebook "like" (fan) page and offering poll choices along with it.... 11/09/2011
Comments 1

Winter Knocking at the Door

By Mother Lode, Real Estate Master
(Real Living Sugar Pine Realty)
We had a historic winter in the Mother Lode last season. Winter is knocking at the door again. There are just a few things you need to know if you're gonna fare well during the winter season in our area. First, it can snow at any elevation from Jamestown to Sonora on up (though it's a lot rarer the lower you go). Second, snow will melt pretty fast at the 3,000 foot elevation (see picture) and below. It'll stay awhile at 4,000 feet and above. And so you'll want to be ready with snow chains for your car unless you have four-wheel drive or studded tires (the kind with spikes). There are times when the snow gets bad enough that you need chains even if you have four-wheel drive. The main thing is to be safe. For the latest winter conditions, click here. 11/04/2011
Comments 1

How to Deal With Holiday Stress (10 ways)

By Mother Lode, Real Estate Master
(Real Living Sugar Pine Realty)
Things are tight (for many of us). And the holidays are here! Combine holiday season with things being tight and what do you get? (Starts and ends with an "s".) Stress. Webster's defines stress as: "bodily or mental tension resulting from factors that tend to alter an existent equilibrium." (In simpler terms, you're frazzled.) People deal with holiday stress in different ways. Some get angry. Some feel sorry for themselves. Some go on binges (drinking, shopping). Others get real busy. (Workaholics are a perfect example.) It could be just about anything that overtakes a person when they're stressed (insomnia, drug addiction ~ even suicide). There are things we can do / ways to deal with and minimize stress. I've put together a list of them below. This isn't scientific or anything. It's ... 11/02/2011
Comments 0