Too Many Agents Can Leave You Homeless

By Kirsten Lindquist, Realtor - Sonoma Wine Country
(Pacific Union International)
Too Many Agents Can Leave You Homeless You've heard the old expression.  "Too many cooks spoil the broth."  It's actually a proverb that dates back to the late 1500's.  Personally, I think it's an overused espression but there's a lot of truth to it if you happen to be searching for a new home in Sonoma and you are working with more than one agent. As I've pointed out before, there are way more real estate agents in Sonoma Valley than there are homes for sale here.  As of this writing there are two licensed agents for every home that is currently listed for sale in Sonoma.   By the numbers, there are 500-plus agents and about 250 active listings.  Knowlegeable and active agents are familiar with just about every home that's on the market.   The most knowlegeable agents are also aware of... 08/22/2011
Comments 64

By Kirsten Lindquist, Realtor - Sonoma Wine Country
(Pacific Union International)
Sonoma Valley School Calendar 2011-2012 It's official. The Sonoma Valley Unified School District welcomed kids back to classes on Wednesday August 17th.  The Sonoma school calendar shows the last day of classes will be on May 31, 2012.  There are two major breaks in classes this year.  Winter Break begins the day after Christmas on Monday, December 26th and runs through January 6th for a period of two weeks.  Spring Break starts March 19th, and runs through March 23rd.  The Sonoma Valley school year calendar below shows the number of days students will be in classes month to month and it shows the number of days teachers are expected to be there too. If you click here you will find a link to the calendar that you can print out.   Here's hoping it 's a terrific year for students, teacher... 08/17/2011
Comments 1

"Naked Ladies" in Sonoma on a Wordless Wednesday 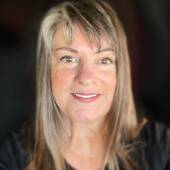 By Kelley Eling, Realtor Extraordinaire
(Fathom Realty Group)
As of August 6, 2011 33% of available listings in the beautiful wine country town of Sonoma are in escrow. For the month of July 2011 33 homes sold in Sonoma for an average final selling price of $388,233. The average original asking price of these homes was $478,427. The range of final selling prices was from a low of $171,000 to a high of $1,300,000. Of the 33 homes that sold (13 of which were distress sales) 2 sold at their original asking prices and 6 sold over their original asking prices. It took these homes an average of 164 days to sell. To see everything that is currently available for sale through our MLS click here. To see some of the many fun things to do in our neck of the woods click here. To learn more about this area in general search more around this blog, visit my webs... 08/08/2011
Comments 4

By Kirsten Lindquist, Realtor - Sonoma Wine Country
(Pacific Union International)
Compassion as Currency in Sonoma Home Sales Emotions are running high in today's real estate world.  Sonoma Buyers and Sellers are edgy.  Mortgage brokers are working 24/7 to deliver hard-to-get loans.  Folks at the title companies are processing far too many escrows that fall apart before closing.  And even though we ususally won't publicly admit it, real estate agents are feeling a bit stressed, too. It's a rarely easy these days to complete the sale or purchase of a home in Sonoma.   Raw emotion is not conducive to rational decision-making.  That said, it's front-and-center in many home sales today.   A little compassion can have great value to both the buyer and the seller of a Sonoma home. Just about every seller is upset about a three-year decline in property values.  Some 20-perc... 08/08/2011
Comments 5

~ A Sonoma Fushia Struts Her Stuff ... on a Speechless Sunday ~

Demand Up for Sonoma Homes - Inventory Down

By Kirsten Lindquist, Realtor - Sonoma Wine Country
(Pacific Union International)
Demand Up for Sonoma Homes - Inventory Down Sonoma home buyers showed a growing appetite for new digs last month as July 2011 sales of residential properties in Sonoma Valley rose 21% over sales in July 2010.  According to data from our Bay Area Real Estate Information Service (BAREIS,) while the number of sold homes rose, the average price dropped pretty dramatically, and the price/square foot dropped slightly.       Even though unit volume rose, total dollar volume of home sales in Sonoma Valley last month fell by about 18% compared to July 2010.  This was due to several sales of multi-million dollar properties in July 2010 compared to just one of those last month.  Another factor:  a whopping 75% of sales in Sonoma last month were "entry level" homes, selling for less than $500,000. ... 08/07/2011
Comments 4

Volume UP & Prices DOWN in Q2 Sonoma Home Sales

By Kirsten Lindquist, Realtor - Sonoma Wine Country
(Pacific Union International)
A Gallardia Shows Off in a Sonoma Garden on a Speechless Sunday   07/31/2011
Comments 6

Why I Chose Real Estate: It's About Sense-of-Place

By Kirsten Lindquist, Realtor - Sonoma Wine Country
(Pacific Union International)
Why I Chose Real Estate: It's About Sense-of-Place  I took my first hikes as a three year old tyke collecting wild oats in the hills overlooking Sonoma Valley.  Childhood summers were spent swimming relay races and playing Marco Polo in my grandparents' Glen Ellen pool. My siblings, cousins, and I chased bats through the ruins of Jack London's Wolf House, before there was a Jack London State Park.  On the days we drove Gram crazy, Gramp would pack us into his '67 Rambler and we'd head to Morton's Swimming Pool where we could be as noisy as we wanted, eat hot dogs and drink Nehi root beer.  When I was 12, Gramp bravely taught me to drive that standard transmission Rambler in a dusty meadow on their ranch.  Sonoma Valley has always provided me with a cherished "sense-of-place." Like many ... 07/30/2011
Comments 16

By Kirsten Lindquist, Realtor - Sonoma Wine Country
(Pacific Union International)
A Forgotten Sonoma Goddess Who is this enchanting young woman?  Is she the Greek Goddess of Youth?  Whoever she is, it was a pleasure to spend time with her today --- because she spoke to me of the joys of summertime in my beautiful Sonoma Valley. We met as I was wandering around a Sonoma vineyard for sale while my clients, who hope to buy the property, were sharing their vision for remodeling and updating a ranch-style home with an architect and builder. She was standing in a patch of weeds next to a shed where the sellers have been storing their hobby wine-making equipment.   When I first saw her from a distance, she looked sad and forlorn, as though she'd been abandoned.  Forgotten. As I got closer I studied her sweet face, noticed her full basket of grapes, and how comfortably she s... 07/28/2011
Comments 9

Seen in a Sonoma Garden on a Speechless Sunday

By Kirsten Lindquist, Realtor - Sonoma Wine Country
(Pacific Union International)
Sonoma Home "Staged" with Mystery Auto Parts I've got this sweet listing in a nice neighborhood that I held open today.  I pulled up promptly at 1PM only to find a portable auto parts junkyard...parked just perfectly...to block most of the view of my client's lovely home and landscaped front yard.  The seller had already left so I couldn't ask her if she knew who owned the SUV with the attached trailer. I knocked on neighbor's doors but nobody recognized the Nissan Xterra hitched to that trailer full of busted car pieces.  I texted my client but got no response.  So there they sat.  Brightly colored eyesores impossible to to miss upon a drive-by.  And that's what people did.  They drove right by without stopping at my open house.  They checked out the trailer but never set foot inside t... 07/17/2011
Comments 6

Chosing a Sonoma Realtor - What You Need to Know

By Kirsten Lindquist, Realtor - Sonoma Wine Country
(Pacific Union International)
~ Choosing a Sonoma Realtor - What You Need to Know ~ Did you know that there are approximately 500 licensed real estate agents in Sonoma Valley?  The population of the city of Sonoma, at last count by the U.S. Census Bureau,  is somewhere around 10,000.  That means there is an agent for every 20 residents of our historic wine country town. You've probably been approached by agents who would love to represent you in your next sale or purchase.    If you've been thinking about selling or buying, odds are you know at least one agent and, most likely, several more.  You may have a neighbor or a relative who sells real estate. I've heard numerous Sonoma residents say it's tough to chose an agent because they know so many and not just here in Sonoma but also in Marin, Napa, even San Francis... 07/13/2011
Comments 5

A Coastal Fog Slips into Sonoma Valley for a Wordless Wednesday

By Kelley Eling, Realtor Extraordinaire
(Fathom Realty Group)
As of July 6, 2011 32% of available listings in the beautiful wine country town of Sonoma are in escrow. For the month of June 2011 38 homes (14 of which were distress sales) sold in Sonoma for an average final selling price of $529,733. The average original asking price of these homes was $603,789. The range of final selling prices was from a low of $149,000 to a high of $2,795,000. Of the 38 homes that sold 5 sold at their original asking prices and 4  sold over their original asking prices. It took these homes an average of 99 days to sell. To see everything that is currently for sale through our MLS click here. To see some of the many fun things to do in the area click here. To learn more about the area in general search more around this blog, visit my website or contact me directly... 07/08/2011
Comments 0

What's for Sale in Sonoma on July 4th?

By Kirsten Lindquist, Realtor - Sonoma Wine Country
(Pacific Union International)
What's for Sale in Sonoma on July 4th? Crowds of visitors have arrived in Sonoma for the July 4th weekend.  More than a few people have popped into my office just off Sonoma Plaza asking about the market.  "What's for sale?"  "How are prices in Sonoma?"  "Any good deals in Sonoma?" I can tell you what's for sale.  There are 266 residential listings right now in all of Sonoma Valley.  That includes Glen Ellen and Kenwood.  Inventory is low.  It's low  most of the time because we have consistent demand for homes in Sonoma in good times and bad.  Here's how things look on charts. Prices in Sonoma are about 40-percent lower today than they were at the height of the market in 2007.  The price drops vary by segment.  The biggest declines---in some cases 50 to 60% have been in the "entry level... 07/03/2011
Comments 1