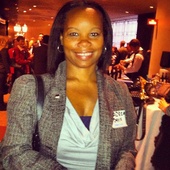 By DAdrea Davie, Stanislaus & San Joaquin Short Sale Agent
(Keller Williams Realty)
There are many advantages to purchasing a HUD Home. My NUMBER ONE reason is FHA home buyers who plan on occupying the home are often outbid by investors on REO properties. With HUD Homes Priority bidding is given to owner occupants (homebuyers that intend to occupy the property within 30 days) for the first 30 days of the property being listed. Purchasing a HUD Home in a Distressed Market. HUD Homes are Sold As-Is. And are not warranted. Before a HUD Home is listed, an inspection is completed and a Property Condition Report is given on the property. I would recommend home buyers bring a Professional Home Inspector upon viewing the HUD Home so you aware of any red flags before submitting a bid on the property. HUD Homes are typically considered “fixer-uppers,” however not all HUD Homes ... 08/30/2012
Comments 0

By Jim Patton, Realtor - Stanislaus ,Merced, San Joaquin Counties
( Aspire Home Real Estate 209-404-0816)
Stanislaus County Short Sales -  HOT, HOT, HOT! Just how hot is the Stanislaus County Short Sale market?   Well I am glad you asked.  Hopefully by now you have heard that the market is (has been) heating up.   The inventory of available homes is low and buyers are looking.   Multiple offers are now commonplace.   If you wait too long to pull the trigger to make an offer on a home you like, it might be too late.  The old saying "if you snooze you lose" is pretty appropriate right now.   We are definitely in a SELLERS MARKET now. Let me tell you about my latest Stanislaus County Short Sale experience.  Yesterday, Monday July the 23rd, I listed a nice home in Patterson Ca.  Of course it is a short sale.   It's a very nice four bedroom two bath single story home.   It's the kind of home tha... 07/24/2012
Comments 3 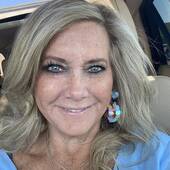 City Council Secrets .... Not a Secret at all

By Susan Goulding, Northern CA - Tracy & Mountain House Real Estate
(Crown Key Realty, Inc; Tracy & Mountain House Sales and Property Management)
Patterson, CA Patterson is ony 20 miles south of Tracy.  Patterson was a 'very far' bedroom community for the San Francisco Bay Aea, until the bubble burst.  Now familes don't want to pay the gas prices to commute to a home that is 50 -70% underwater. There is little employment IN PATTERSON, however, it appears that is all changing. The City Council of Pattersons is CLOSE to making a deal.  PROJECT X is what the Deal is called at this time.  Word is IF the "deal" gets out, it could derail. Yet, EVERYWHERE is the same speculation... Project X is Amazon. As reported by the San Jose Mercury News: Mercury News reports the following on speculation about the project: “Some have speculated that could mean Internet giant Amazon, which last year made a deal with Gov. Jerry Brown to create at lea... 02/07/2012
Comments 5

By Jim Patton, Realtor - Stanislaus ,Merced, San Joaquin Counties
( Aspire Home Real Estate 209-404-0816)
Stanislaus County Short Sales - Patterson California   About 15 miles due west of my hometown of Turlock Ca is the town of Patterson Ca.  Patterson is well know around here for the hundreds of palm trees that line the street while entering the town from the east.   While it is true that Patterson grew like a weed during the "housing boom" it is still a small rural town by most standards. As of January 2009 the population of Patterson was 21,168.   This was an 82% increase from April 2000 when the population stood at 11,606.  A large part of the increase in population can be attributed to "Bay Area transplants".     Patterson Ca. is on the west side of the San Joaquin valley and offers easy access to the San Francisco Bay area.  During the early part of this century while houses were bei... 10/20/2011
Comments 1 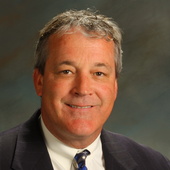 Multi offers over asking price in NoCal ... sellers market or a bounce on the bottom??

By Doug Boedecker
(Sunbelt Network)
We knew we had a great property but we were very surprised that we received 10 offers all well over our asking price.  This was on a SFR in Patterson, CA.  Our research showed a strong rental market for this product that was selling for $500k+ at the peak of the market.  The replacement cost is much higher per sq.ft than the $154k we were asking.  With 20% down this cash flowed a little positive on a 30 yr.  We did not get a sniff on the investor market (o.k., a couple, but no offers).  Once we put on the MLS/owner occupied market we received 10 offers 10% or more over the $154k asking price within a 5 days.  All offers were from local owner occupied buyers. Here's a link to pics and property info: http://northpointgroup.vflyer.com/home/flyer/home/2369089 We are hearing from our realtor... 05/14/2009
Comments 9 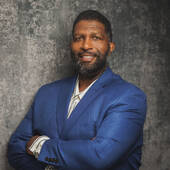