How far can you extend your personal Sphere of Influence?

By Kirk Mulhearn
(Prudential California Realty/Gem Mortgage)
Yesterday, I attended an interesting Public Hearing before the Local Agency Formation Commission of Riverside County.  You see, I was notified that, as a property owner, our land parcels were going to be inducted into the City of Indio's "sphere of influence."  Now, being inducted into a particular City's sphere of influence is actually part of the annexation process.  It's a one-two punch.  First you throw a wide net over a unincorporated territory that is currently administered to by the larger County that you are part of, then you finalize it through the final vote of the Board of Supervisors, normally a couple of years later.  This is more of a layered approach which allows resistance groups to form up and battle; yet, allows the transference of large swaths of territory to the enti... 09/28/2007
Comments 0 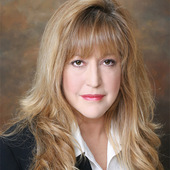 By Sue Margiotta
(Power Brokers International)
The Bureau of Land Management will begin accepting bids for the auctioning of 51 parcels of public Conservation Land near Palm Springs tomorrow. The proceeds from this auction will be used to purchase other parcels of land in areas of California deserts. Most parcels being auctioned are located in residential areas. Should be interesting to watch what happens.  http://www.blm.gov/ca/st/en/fo/cdd/CoachellaValleyLandSale.html   BLM-645-040-021 Desert Hot Springs  5.60 ACRES IN POR SW 1/4 OF SEC 6 T3S R6E       06/17/2007
Comments 5
<< Previous 1 2 … 7 8 9 10 11 12 13 14 15 Next >>
Explore Indio, CA
Indio, CA Real Estate Professionals